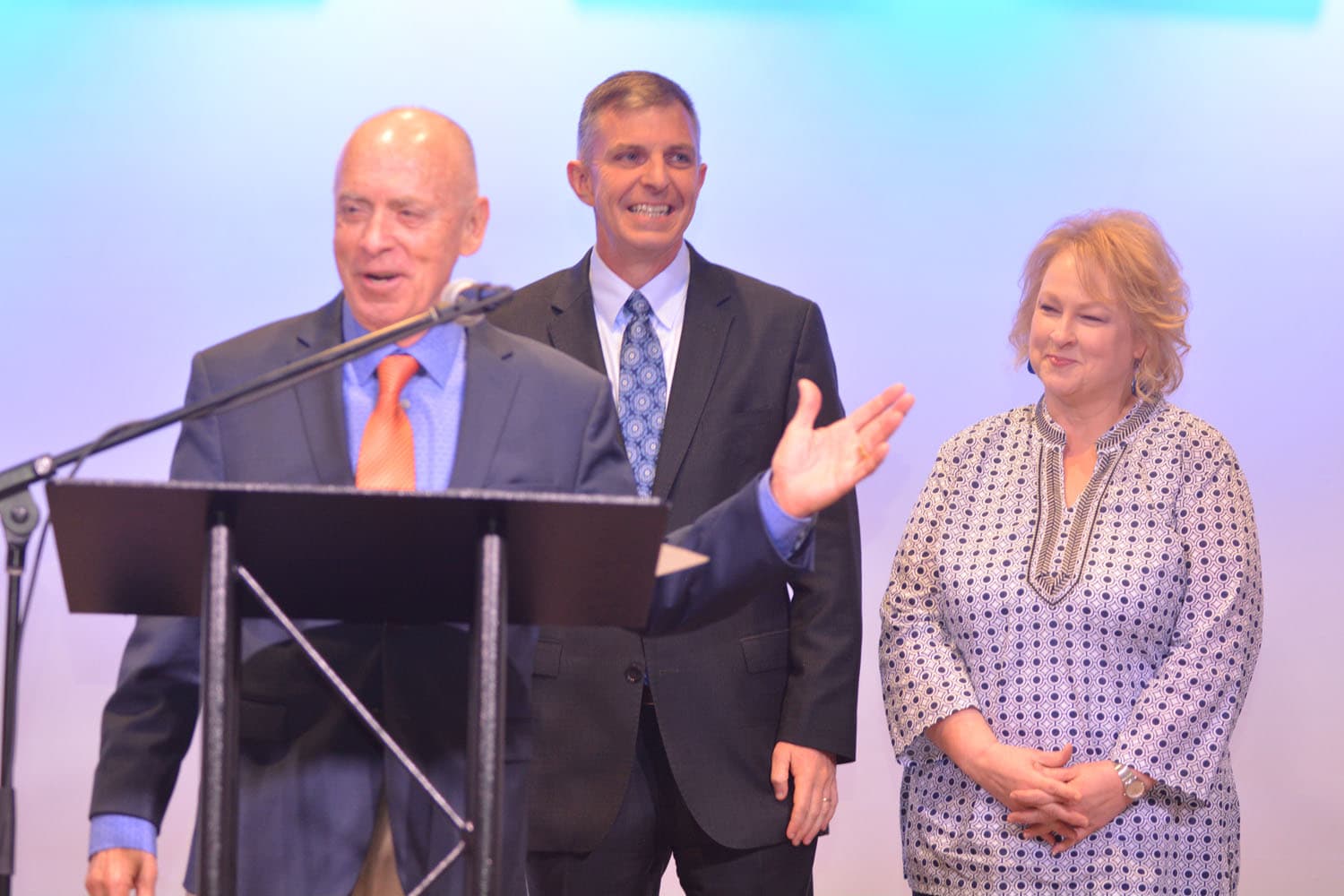 WOODWORTH (LBM) – The Louisiana Baptist Convention Executive Board voted unanimously to elect Steve Horn as the 19th executive director of the organization during the entity’s spring meeting at the Tall Timbers Baptist Conference Center in Woodworth, May 7.

There are 86 members of the Executive Board, but attendance numbers were not immediately available.

He was nominated by a search committee comprised of board members and led by Waylon Bailey, president of the Executive Board and the senior pastor of the First Baptist Church in Covington. Horn will succeed David Hankins, who retires as executive director June 30.

“I am honored and humbled to be selected to lead Louisiana Baptists in our cooperative efforts at this crucial time,” Horn said. “I want to thank the search committee and entire Executive Board for their confidence in me. I look forward to earning the trust of all Louisiana Baptists. I am ready to go to work listening and learning.

“My prayer for Louisiana is as the Apostle Paul said about his people – ‘My heart’s desire and prayer to God concerning them is for their salvation.’”

“Dr. Steve Horn is uniquely qualified and equipped to lead Louisiana Baptists at this time,’ Bailey told the Baptist Message. “The search committee feels strongly that God has provided for us a leader ‘for such a time as this.’”

The database of the Annual Church Profile shows First Lafayette baptized 775 new believers during Horn’s tenure, and, contributed more than $2.9 million through the Cooperative Program in just the last six years.

First Lafayette averages about 1,100 in worship and 1,000 in Sunday school, according to ACP records.

Horn also has served in a number of leadership roles in Louisiana Baptist and Southern Baptist life.

He is in his second year as a trustee with the New Orleans Baptist Theological Seminary and previously was a member of the SBC Committee on Order of Business (2012-2015). Additionally, Horn served on the Committee on Committees for both the LBC (2012-2013) and the SBC (2009).

Any tool can be misused. A hammer can construct or kill. An electrical wire can give instant light or, if mishandled, bring sudden death. … END_OF_DOCUMENT_TOKEN_TO_BE_REPLACED