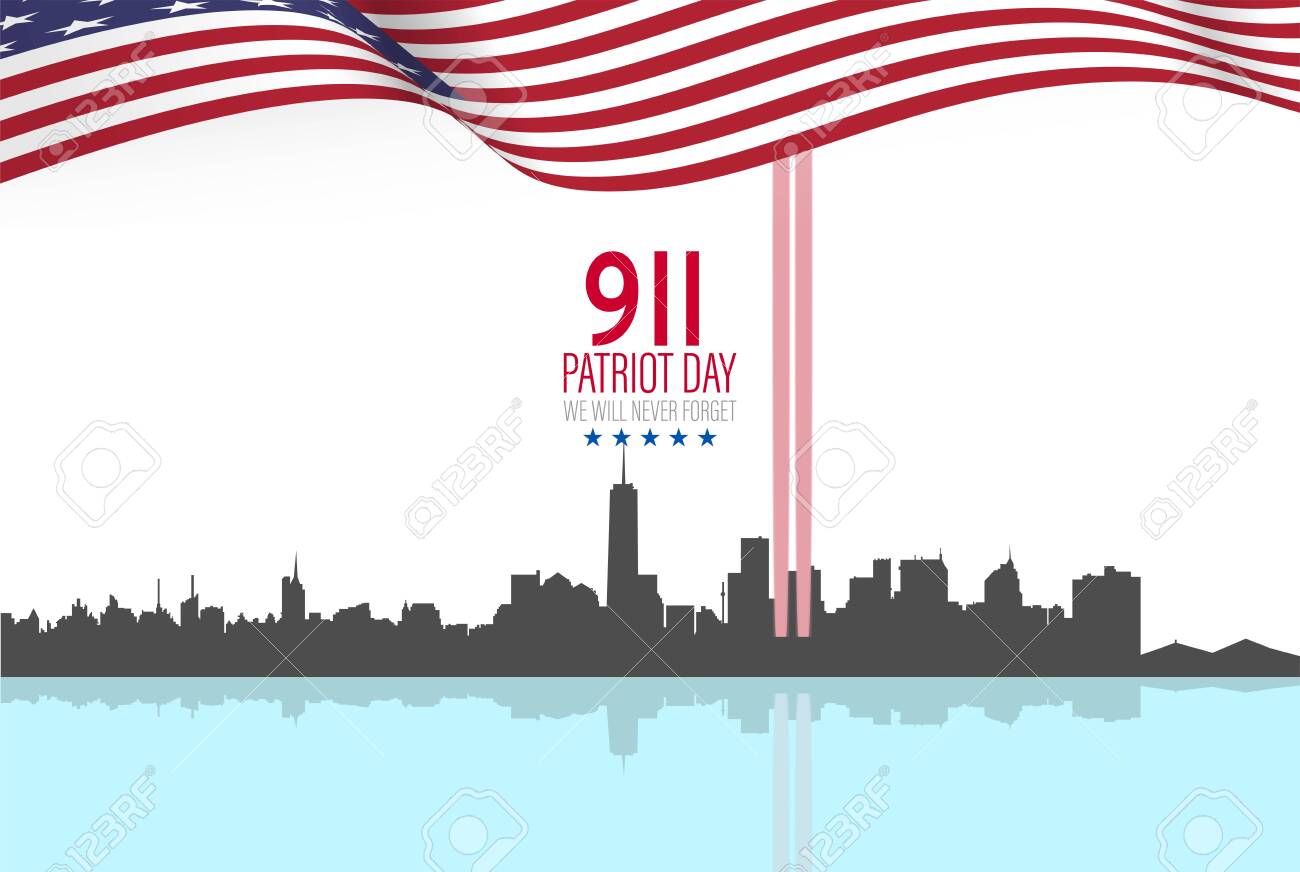 Today is the the 20th anniversary of 9/11, three Southern Baptists leaders who held significant leadership roles on Sept. 11, 2001, help us to remember that infamous day in American history and consider its impact on the convention and our world.

Richard Land: We were in the middle of our trustee meeting. I was getting ready and listening to the news when I saw the first plane hit. I called Bobby Reed, our chief financial officer, and I said, “Have you heard? Call the rental companies and get every rental car you can find, because they are going to shut everything down.” We ended up carpooling some of our trustees home who were there from more distant states.

It was astonishing. It’s hard to describe how shell-shocked everyone was. I had flown out of LaGuardia Airport, right past the Twin Towers, back to Nashville, just the Friday before. So, it was surreal.

James Merritt: Amazingly, I was getting ready to go upstairs and work out before flying to speak at the ERLC! I got a call from Teresa, my wife, telling me that a pilot had flown a plane into the World Trade Center and I might want to turn on the TV. I went back downstairs, and the moment I turned on the TV, I never left my bedroom for eight hours. During that time, I called the church to dismiss everyone to go to their homes immediately.

Jerry Rankin: When I arrived at the IMB office on Sept. 11, there was a notice that Genessa Wells, a journeyman in the Middle East had been killed the night before in a bus accident two weeks before the completion of her term. At 9 a.m., I assembled our executive team for the purpose of activating crisis action procedures of notifying and ministering to family, responding to the trauma of the team on the field, and managing the media response. One of our vice presidents came into the room and suggested we turn on the TV monitor. He had just passed the one in the communications office, and something was happening in New York.

We watched the live events unfold in horror and disbelief for the next two hours and realized this would have global ramifications. Out of that day-long crisis mode, we realized the U.S. would retaliate on any number of Muslim countries and that Muslim population groups all over the world would then reciprocate, not necessarily against missionaries, but any American in their country. Although we have a policy that the decision to evacuate a country was to be made by local missionaries and their field leadership, we realized this was a larger global issue, and there was no way they could have the overview of the situation.

The decision was made to immediately evacuate missionaries in the 20 most dominant Muslim countries, which entailed moving 400 personnel and their families, most of whom were resistant to leaving, already cognizant of the risk in serving in a hostile environment. This was a massive logistical challenge. Where do they go? Where could we immediately provide accommodations for such a large number on nearby fields, not knowing how long they may be displaced or if they could ever return? How do we arrange travel, and how much time should we allow for them to make arrangements for sustaining their ministries and protecting property?

RL: On a personal level, it made travel permanently more difficult and arduous, as it still is to some degree. It’s hard for people who are younger to understand how much easier it was to travel before 9/11.

The difficulty of the moment was that you wanted to protect your country without infringing on religious liberty and how to navigate that along with the threat posed by terrorists. We had to constanly remind people that 90% of the victims of the jihadists were fellow Muslims who refused to accept this as sole interpretation of Islam. We spoke to these issues, and when there was consensus among Baptists, we relayed that to Congress and the courts. We argued for sunsetting (when specific provisions cease after a certain time) for some of the legislation that was passed so that they would be reviewed every 10 years. We had to recognize legitimate security concerns, but we didn’t want laws set in place that would violate constitutional liberties permanently.

I got a lot of flack for coming out against waterboarding. Congressmen would ask me in private why I was against it. The shorthand definition of torture is something that is likely to produce permanent pyschological or physical damage. Having viewed waterboarding on films used to train our special forces, it was hard for me to imagine that this would not produce permant psychological damage This would be torture. If we engage in torture, then we become no better than our enemies.

To us the big question was: How do you defend religious freedom, including the freedom of Muslims? We said we are all free to advocate for our different faiths and to proselytize . . .

We also said we disagree with everything Muslims say, but we defend to the death their right to say it. When we defend the rights of those of the Muslim faith, we are defending the rights to our faith.

JM: It was out of that terrible tragedy that I was actually invited to the White House along with 25 other religious leaders to draft an ecumenical statement on praying for the nation. Then, I was one of seven selected to meet with the president in the Oval Office. That led to one of the most fascinating conversations and historical moments I could ever have envisioned or experienced. It also helped to cement a nice personal relationship with President George W. Bush.

JR: Any time mission executives have to take authoritative action, contrary to the wishes and desires of the missionaries, a morale problem evolves as well as a mixture of criticism and praise from their stateside families and churches. The crisis put emerging strategies that grew out of “New Directions” in 1997 on hold in terms of redeploying personnel to engage unreached people groups, provide creative access strategies in countries restricted to missionaries, and maintaining the momentum of new missionaries being appointed. (2001 had the highest number of missionary appointments in the history of the IMB, with more than a thousand being commissioned!)

September 11 impacted international relations, the safety and security of missionaries around the world, and exacerbated the danger and reality of what it meant to give of one’s life for the sake of the gospel and obedience to the call. The next year, three veteran missionaries were assassinated at our Jibla Baptist Hospital in Yemen; Bill Hyde, a church planter in the Philippines, died in a terrorist bombing at the Davao City airport; and four pioneer missionaries seizing the opportunity to minister to the suffering in Iraq were gunned down by insurgents.

JW: How should Southern Baptists view 9/11 from this vantage point, 20 years later?

RL: Of first importance, we must defend our core values of freedom of religion and freedom of conscience, particularly in times of great stress like that was. There’s the temptation to sacrifice those liberties on the altar of security, and that’s always a devil’s bargain. We need to practice and defend those “soul freedoms” for everyone at every opportunity.

September 11 told us — and our theology tells us this too — that we live in a world that is wracked by demonic and evil activity. The devil is a roaring lion “looking for someone to devour” as we read in 1 Peter. Paul tells us to redeem the time, “because the days are evil” (Eph. 5:16). The word here for “evil” is the word for an active, aggressive evil. We need to understand that the devil and evil people are up to things that we need to be vigilant against, and we are involved in spiritual warfare. Sometimes in the United States that is easy to forget because we have been spared many of the trevails that have been common to the rest of the world.

Once again, 9/11 reminded all Americans of the transitory nature of life. Churches were full right after 9/11. Then, things went back to “normal.” A lot of Americans have been lulled into a sense of “semi-immortality.” Events like this intrude upon Americans’ false sense of security. Life is a fragile thing, and none of us are guaranteed any set number of years. We need to keep our minds on eternal things and help fellow Americans keep their minds on eternal things, as well.

JM: Like any tragedy, I believe that we should always look to a sovereign God who is in control of everything that happens in the universe and wants to use everything for his glory, for the good of his people, and to turn people toward his Son, Jesus Christ. I still believe that events like this should remind us of the fragility of life and the urgency of sharing the gospel to a world that desperately needs Christ.

JR: Amazingly, these events and 9/11 resulted in a burgeoning pool of missionary candidates volunteering to take the gospel to the Muslim world. Over the next two years, the IMB global strategy coalesced around a vision of Muslim evangelism, seeing the gospel as the only power to counter the rise in terrorism. This was met by criticism and resistance of some of our Southern Baptist constituency who insisted we were wasting resources, missionaries should not be allowed to go to dangerous places, and Muslims deserved to go to hell.

In the last decade of the 20th century when the former Soviet Union disintegrated, Russia and Eastern Europe opened to the gospel. Unprecedented church growth swept China in spite of persecution and restrictions. The Muslim world was the one remaining formidable barrier to global evangelization. After 9/11, personnel in Muslim countries reported people expressing disillusionment in the Muslim faith that would endorse terrorism; they asked questions reflecting a search for hope and security they could not find in their traditional religion. September 11 caused the barriers to begin to crumble. Now, 20 years later we should remember what’s at stake and redouble our efforts to call out more missionaries and pray Muslims into the kingdom; after all God loves them, Jesus died for them, and his power is able to save them!

By Lane Corley MADISONVILLE, La. - Three years ago, our family was going through one of those down seasons in the ups and downs of life. My mental focus and physical health was declining. I was discouraged and struggling mentally and emotionally. I knew I needed to change a few habits. As part of a recovery … END_OF_DOCUMENT_TOKEN_TO_BE_REPLACED