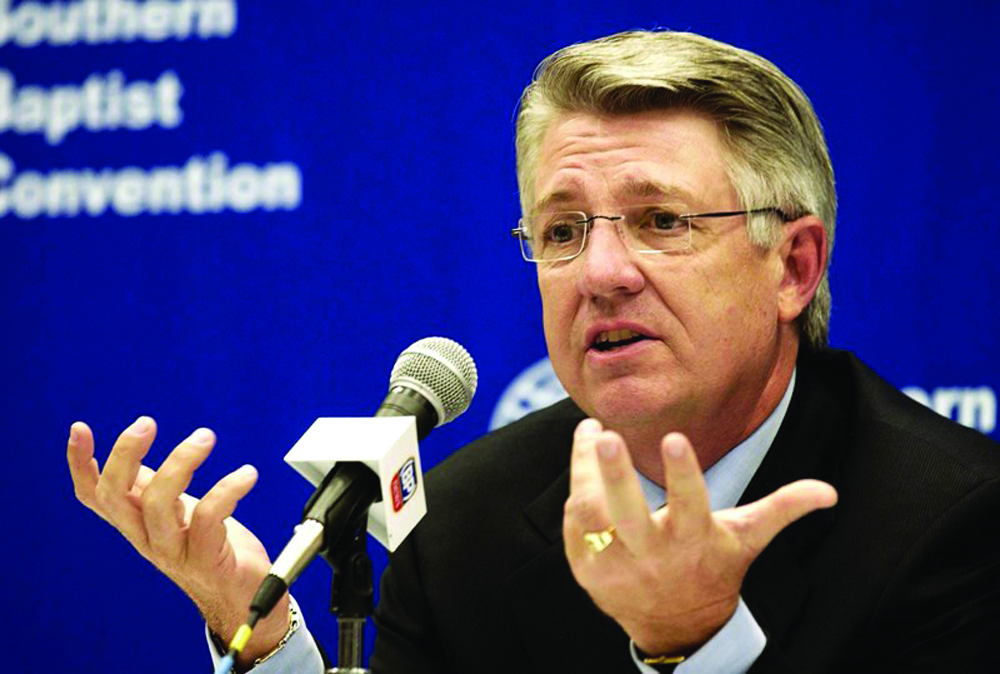 Jack Graham, senior pastor at Prestonwood Baptist Church in Plano, Texas and former president of the Southern Baptist Convention, is concerned about direction of SBC.

PLANO, Texas (LBM) – Prestonwood Baptist Church has announced its decision to escrow gifts previously forwarded to support Southern Baptist cooperative missions and ministries while the congregation discusses concerns about the direction of the Southern Baptist Convention.

Mike Buster, executive pastor for the Plano, Texas, church, provided a statement to the Baptist Message explaining that the action had been taken because of “various significant positions taken by the leadership of the Ethics and Religious Liberty Commission that do not reflect the beliefs and values of many in the Southern Baptist Convention” and that it is a temporary move “until a decision can be made on current and future funding.”

The decision impacts $1 million the 41,000-member congregation would otherwise contribute through the Cooperative Program, Southern Baptists’ primary funding channel for support of state and national causes.

Russell Moore, president of the Ethics and Religious Liberty Commission, has created tensions among Southern Baptists by signing a friend of the court brief in support of the construction of a mosque, and, for making strident insults against evangelical supporters of then-presidential candidate Donald Trump during the 2016 election process.

In such publications as the Washington Post, he condemned those who disagreed with him as “the old-school political Religious Right,” caricaturing them as “doctrinally vacuous.” He also broadly asserted that self-identified evangelical Trump voters “may well be drunk right now, and haven’t been into a church since someone invited them to Vacation Bible School sometime back when Seinfeld was in first-run episodes.”

But Jack Graham, who is the senior pastor of Prestonwood and a former president of the Southern Baptist Convention, subsequently explained to the Baptist Message that his congregation’s concerns are broader than just one personality.

Instead, he described an “uneasiness” among church leaders about the “disconnect between some of our denominational leaders and our churches.”

“I’m not angry at the SBC, and neither are our people,” Graham said, “and I’m not working to start a movement to fire anyone.

“This is a difficult decision for me, personally,” he added. “I love Southern Baptists, and still want to be a cooperating partner as we have been for many years.

“We’re just concerned about the direction of the Southern Baptist Convention, and feel the need to make some changes in the way we give.”

By Jill Waggoner, ERLC WASHINGTON, D.C. (ERLC) - Richard Land served as the president of the Ethics & Religious Liberty Commission from 1988–2013. Prior to his time at the ERLC, he worked in a variety of church and political roles, many of which were involved closely with the modern pro-life movement in its … END_OF_DOCUMENT_TOKEN_TO_BE_REPLACED