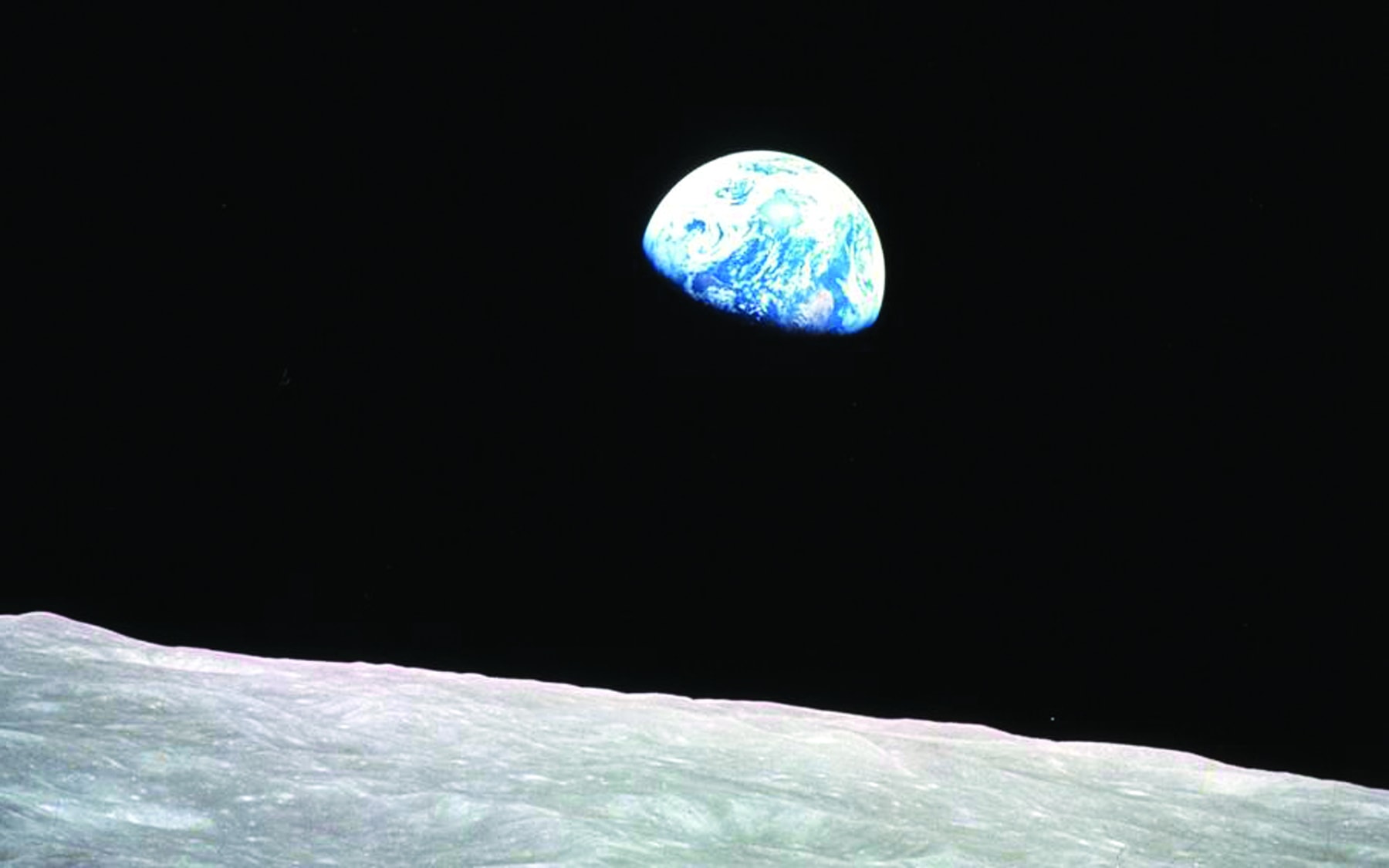 This NASA file photo, Earthrise, was taken by Apollo 8 Lunar Module Pilot William Anders during the first manned mission to the moon as it entered orbit on Dec. 24, 1968.

ALEXANDRIA, La. (LBM)—Last week as environmentalists around the world celebrated Earth Day, I was intrigued by the potential of a biblical solution to the problem of air pollution: a day of rest.

The concept of a day of rest is nothing new to people of faith. We are familiar with God’s six days of creation — His forming the heavens and the earth and fashioning all the creatures of the air, land and sea, as well as molding man into His image. Likewise, we know our Heavenly Father established the seventh day as a time of rest.

But two points about the nature of that first week stood out for me:

First, God did not need six days to complete His creation. He did not need to give multiple commands to establish light, the earth’s atmosphere, etc. He simply could have said, “Let there be all” and everything would have been in its place at once. It is obvious that He was providing a cycle, a recurring schedule for mankind.

Second, God had no reason to rest. He was not exhausted from His creative endeavors. Nor was He in need of refreshment or restoration of His energy. But He established a day of cessation of work in part for man’s benefit. The day off is meant to be a holy time, set apart to worship the Creator. Yet, Exodus 23:12 also emphasizes that a weekly day of rest allows the beasts of burden and the workers of the field to be “refreshed.” And, it bears pointing out that when the farm workers rest on the seventh day so does the land.

Now, newly published information seems to bear out what should be obvious: A weekly day of rest could help keep the balance in the environmental system that God established to sustain man’s physical existence.

Scientists have made multiple serendipitous discoveries about the impact of shutdowns around the world during the novel coronavirus pandemic:

— NASA satellite images have documented a 30 percent decline in nitrous oxide levels (an air pollutant produced by industries and cars burning fossil fuels) in China (China has confined only certain cities and not the entire country).

— Carbon monoxide emissions (mainly from cars and trucks) are down 50 percent in New York City, according to researchers at Columbia University.

— The EPA has recorded the best air quality in Los Angeles than at anytime during the last 40 years.

Meanwhile, a recently completed study confirmed that pollutants at ground level are diminishing globally (based on a two-week surveillance of 27 countries):

— Nitrous oxide is down 29 percent;

— Ozone, a byproduct of the chemical reaction when pollutants interact with sunlight, is off by an average of 11 percent; and,

— Fine particulate matter (a leading cause of death), which is most notable in the form of haze or smog, is lower by an average of 9 percent.

These are staggering numbers published by a joint team of Norwegian and German researchers. But it was something else they said that really should cause everyone to pause and reflect. Essentially, they lamented that the global lockdown was not sustainable (due to the financial catastrophe it would perpetuate) because of “the potential health benefits gained from reducing ‘business as usual’ air pollutant emissions from economic activities.”

So, what if a lockdown on major activity was sustainable for a time each year – just not all at one time?

Imagine the possible ecological improvements if there was an annual pause of 52 days as compared to the two weeks of inactivity measured for the study; and, instead of 52 days straight, what if the interruption was only one day each week? Could something as simple as observing one day of rest for every six days of work make a difference in air quality and thus reduce the dire ecological impacts from pollution that many scientists predict for our world?

The numbers produced by this one study (with only about a third of the global population under a partial or full lockdown) seem to suggest the impact would be statistically and practically significant. As for the economic impact on businesses from being closed one day of the week — Chick-fil-A has done quite well by closing on Sundays, generating more sales per store in six days than its three closest competitors, combined, achieve in seven.

A day of rest is not a solution for the proliferation of plastics in the oceans, etc.

But when it comes to reducing airborne pollutants, one day off in seven seems to more than make sense, it is wisdom from above.

By Steve Horn, Louisiana Baptists executive director Jesus reminds us that we should always pray and never give up (Luke 18:1). Today’s ruling from the Supreme Court serves as a good reminder of that truth. For almost 50 years, American Christians from various denominational backgrounds have been praying and … END_OF_DOCUMENT_TOKEN_TO_BE_REPLACED