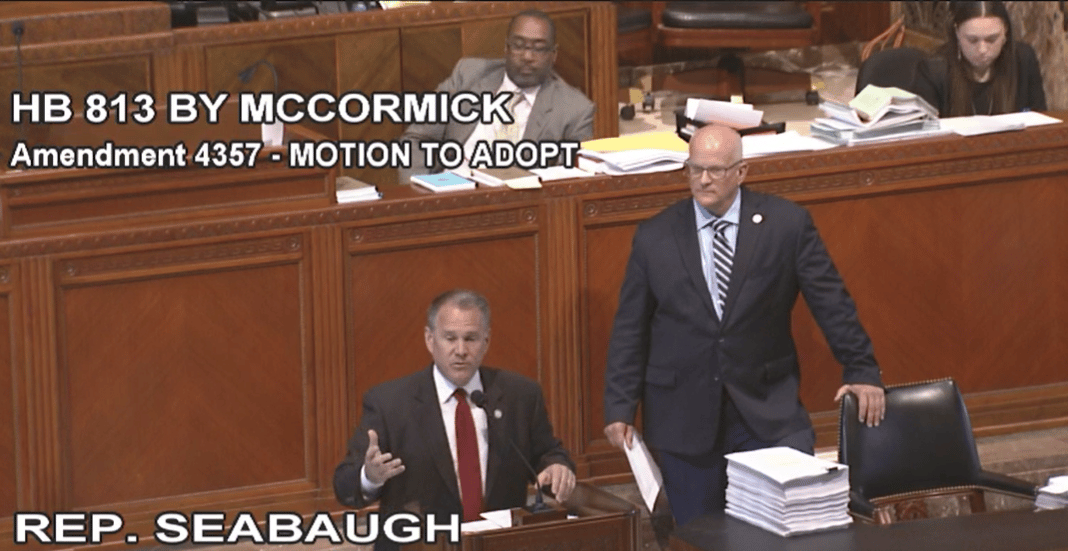 BATON ROUGE, La. (LBM) – A similar controversy that roiled the 2021 Annual Meeting of the Southern Baptist Convention, regarding the best approach to end abortion in America, erupted among Louisiana Baptist state lawmakers with a battle over H.B. 813, titled, “The Abolition of Abortion in Louisiana Act of 2022.”

Pro-life lawmakers pushed to amend the bill to remove unconstitutional clauses and make other changes with the hope of adding protections for the unborn in Louisiana — aware that the bill in its original form was headed for a veto by the governor and lacked the votes to override him.

The Louisiana dustup mirrored in part the heated discussion of the 2021 SBC Annual Meeting about a resolution, “On Abolishing Abortion,” that had been declined by the SBC Committee on Resolutions but was accepted for consideration by at least two-thirds of the messengers. That resolution declared “abortion is murder” and rejected “any position that allows for any exceptions” to the protection of the life of an unborn child. Likewise, it called for punishment to be meted out “equally under the law” in the case of the murder of an unborn child.

The resolution was amended by messengers to reject the apparent condemnation of the pro-life movement’s 49-year “incremental” effort to overturn Roe v. Wade — and then it was adopted.

H.B. 813 differed at least in one way from that resolution in that the SBC statement declared Southern Baptists “will engage, with God’s help, in establishing equal justice and protection for the preborn according to the authority of God’s Word as well as local and federal law.” The Louisiana bill called for ignoring federal laws and court rulings.

In presenting H.B. 813 on the House floor, McCormick dismissed other pro-life bills that also were being considered and competed with the ideas in his measure.

“If you are pro-life and believe that life begins at conception and you believe that we must protect that life, H.B. 813 is the only bill providing equal protection to the born and pre-born people alike,” he said.

He also anticipated arguments against his bill.

“The vast majority in this room claim to be pro-life,” he added. But, he said, there was a “clear opportunity to end abortion in the state” via his bill and that they were “faltering and trying to explain it away.”

Rep. Alan Seabaugh, a member of Broadmoor Baptist Church in Shreveport, representing a group of 37 pro-life lawmakers, offered amendments. Chief among the changes were steep increases in fines and jail times for abortionists. Also, clauses were removed that called for ignoring the rule of law and the separation of powers (between the state and federal governments; and between the three branches of government).

In speaking for the amendments, Seabaugh rejected McCormick’s claim about the potential effect of the original bill.

He also pointed to the leaked Supreme Court draft opinion on Dobbs v. Jackson and suggested Roe v. Wade will be overturned; and said pro-life proponents should be unified at the prospect.

“We should not be at each other’s throats over a bill that is blatantly unconstitutional, makes criminals out of women, would not prevent a single abortion and as far as I can tell was only presented to give a couple of misguided people a platform,” Seabaugh concluded.

McCormick, unhappy with the amendments, withdrew H.B. 813 by returning it to the calendar for future consideration. But it likely will not be reheard.

Louisiana Baptist Convention Executive Director Steve Horn provided a statement to the Baptist Message to address some of the heated public discourse that has taken place since the vote on H.B. 813.

“Though Louisiana Baptists have spoken numerous times throughout the years to state our unequivocal pro-life position, as a whole, we have never taken a position on several of the tenets of House Bill 813, namely the charging of mothers with murder,” Horn said. He pointed to Louisiana Baptists’ leading role in passing the 2020 Love Life Amendment statewide ballot measure as “great evidence of the unquestionable pro-life stance of Louisiana Baptists.” That initiative added wording to the state constitution to make clear there is no written or implied right to abortion in it.

Horn said faithful Louisiana Baptists held varying opinions about H.B. 813 and should be free to express those views “without being labeled by the other side as enemies.”

“For me personally,” he continued, “it is disingenuous to label a person as non-pro-life or worse, pro-abortion, if he/she opposed House Bill 813 in its un-amended form. With the imminent decision of the Supreme Court regarding Dobbs v. Jackson Women’s Health Organization, now is the time to be able to celebrate the overturning of Roe v. Wade with great joy and unity.”

By Steve Horn, Louisiana Baptists executive director Jesus reminds us that we should always pray and never give up (Luke 18:1). Today’s ruling from the Supreme Court serves as a good reminder of that truth. For almost 50 years, American Christians from various denominational backgrounds have been praying and … END_OF_DOCUMENT_TOKEN_TO_BE_REPLACED