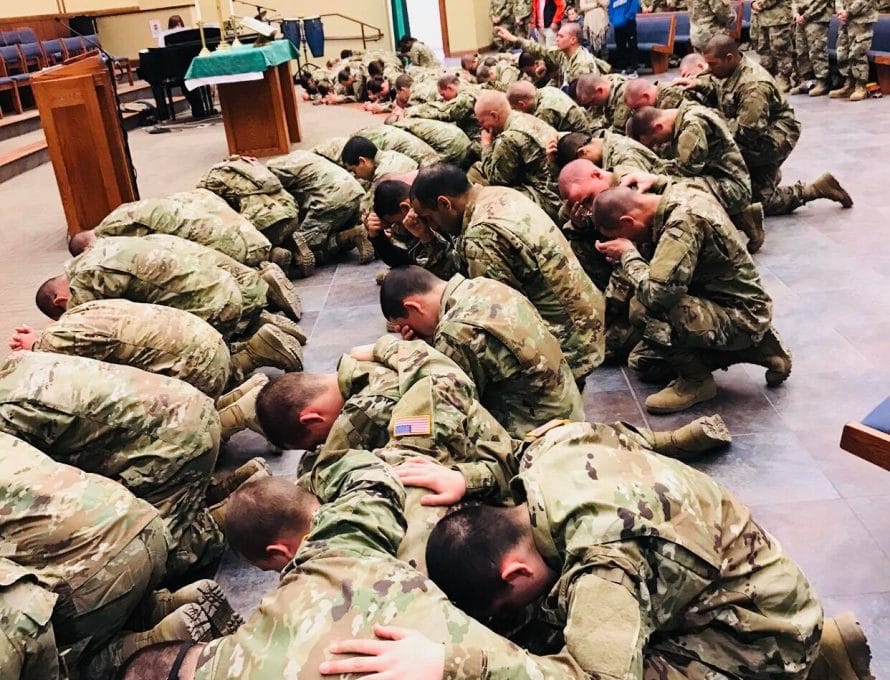 Since arriving at Fort Leonard Wood, Rondon has experienced that exhilaration with more than 2,000 professions of faith — something one could describe as a spiritual awakening.

Originally from Venezuela, Rondon came to faith in Christ in the 1990s through the witness of an International Mission Board missionary.

Later, he immigrated to South Carolina, where he attended a Southern Baptist college – North Greenville University – and then worked on master’s and doctoral degrees at Southeastern Baptist Theological Seminary. He became a United States Citizen in 2010 and later joined the military as a U.S. Army Chaplain. He began serving as a chaplain at Fort Leonard Wood earlier this year.

He summarizes his part in the ‘spiritual awakening’ with one word: intentionality.

“To be intentional is to be faithful to Christ and obedient to His Great Commission,” he said. “But we will not succeed in making disciples until the lost make the first step to follow Christ as their Savior. To be intentional not only means to preach Christ’s Word in the chapel, but to be sensitive to the Holy Spirit to share His message of reconciliation if, and when, the time fits.”

So when a staff sergeant first approached Rondon and asked to speak with him, the chaplain knew the sergeant wasn’t asking for words of wisdom but for listening ears.

Rondon listened to the staff sergeant, and then he prayed with him to receive Jesus Christ as his Savior. He did the same thing when another senior non-commissioned officer asked for the chance to talk to him about spiritual matters. This soldier-leader also asked Jesus Christ into his heart.

“My two soldiers and friends from our current battalion at Fort Leonard Wood in Missouri came to Christ because their lives were in need of the Savior,” Rondon said. “All of us at some point need to be a listening ear, to help others to start trusting and believing in anything again, especially when our wounds are so deep that we lose respect for many around us.

“They talked to me about their lives because they respected me and noticed I really cared for our soldiers like I always do during my pastoral rounds. I invited them both to a meal. God always opens great doors like this when we listen to people without interrupting. We show them how much we care by being there for them whenever they need it most.” 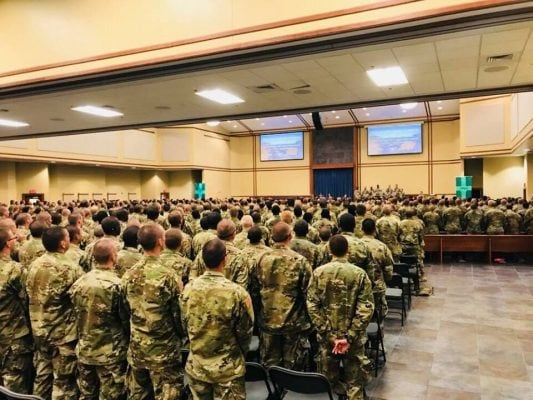 In both conversations, a chaplain and a sergeant spoke about their lives.

“Instead of asking them whether or not they knew they were going to heaven if they died today, I simply said, ‘I see that you need Christ in your life. He can not only help you to deal with the challenges of daily living, but He can also save you from an eternal death because of your sins,'” Rondon said. “They both agreed they needed Christ to come into their lives forever and to have His presence to deal with life from that moment on.”

Because of his reputation for being intentional in his ministry, many have come to hear Rondon share the Gospel on Sundays.

Rondon began to track what has been called a “spiritual awakening” on the military base in March, when he reported that more than 200 professed faith during chapel services on the base on March 11 and March 18. By June 24, that number had risen to 880 professions of faith and has continued to rise throughout the summer – reaching 2,077 on Aug. 19.

“God is doing great things at Fort Leonard Wood among the hundreds of soldiers who have come to know Christ personally,” Rondon said.

Retired Major General Doug Carver, executive director of chaplaincy for the North American Mission Board, says what is happening at Fort Leonard Wood is not an exception. Right now there are reportedly 1,348 military chaplains in the Southern Baptist Convention at work.

“Our troops, who are increasingly hungry for truth and relevancy in their lives, are finding a faith that works through a personal relationship with the Lord Jesus Christ,” Carver said. “The current spiritual awakening at Fort Leonard Wood is indicative of a great move of God taking place within the Armed Services today.”

— More than 2,000 troops gathered in Doughboy Stadium at Fort Benning, Ga. this past Easter to celebrate the Resurrection of Jesus Christ.

— The U.S. Air Force Chaplaincy recently rolled out a new program called FaithWorks, which is a collection of evidence-based programs and materials promoting spiritual resilience for airmen and their families.

— The military has built more chapels since 9/11 than any other period of American history except for World War II.

In the past two years, Southern Baptist military chaplains have reported there have been tens of thousands of professions of faith and thousands of baptisms.

“Historically, God has often used the military as a catalyst for revival,” Carver said. “Many attribute the spread of Christianity in the first century to Roman soldiers deployed throughout the Roman Empire. The Lord is answering our prayers for revival within our military communities. I’ve prayed for over 40 years for our troops and their families to experience the reality of Jesus Christ in a new and fresh way.”

By Lane Corley MADISONVILLE, La. - Three years ago, our family was going through one of those down seasons in the ups and downs of life. My mental focus and physical health was declining. I was discouraged and struggling mentally and emotionally. I knew I needed to change a few habits. As part of a recovery … END_OF_DOCUMENT_TOKEN_TO_BE_REPLACED