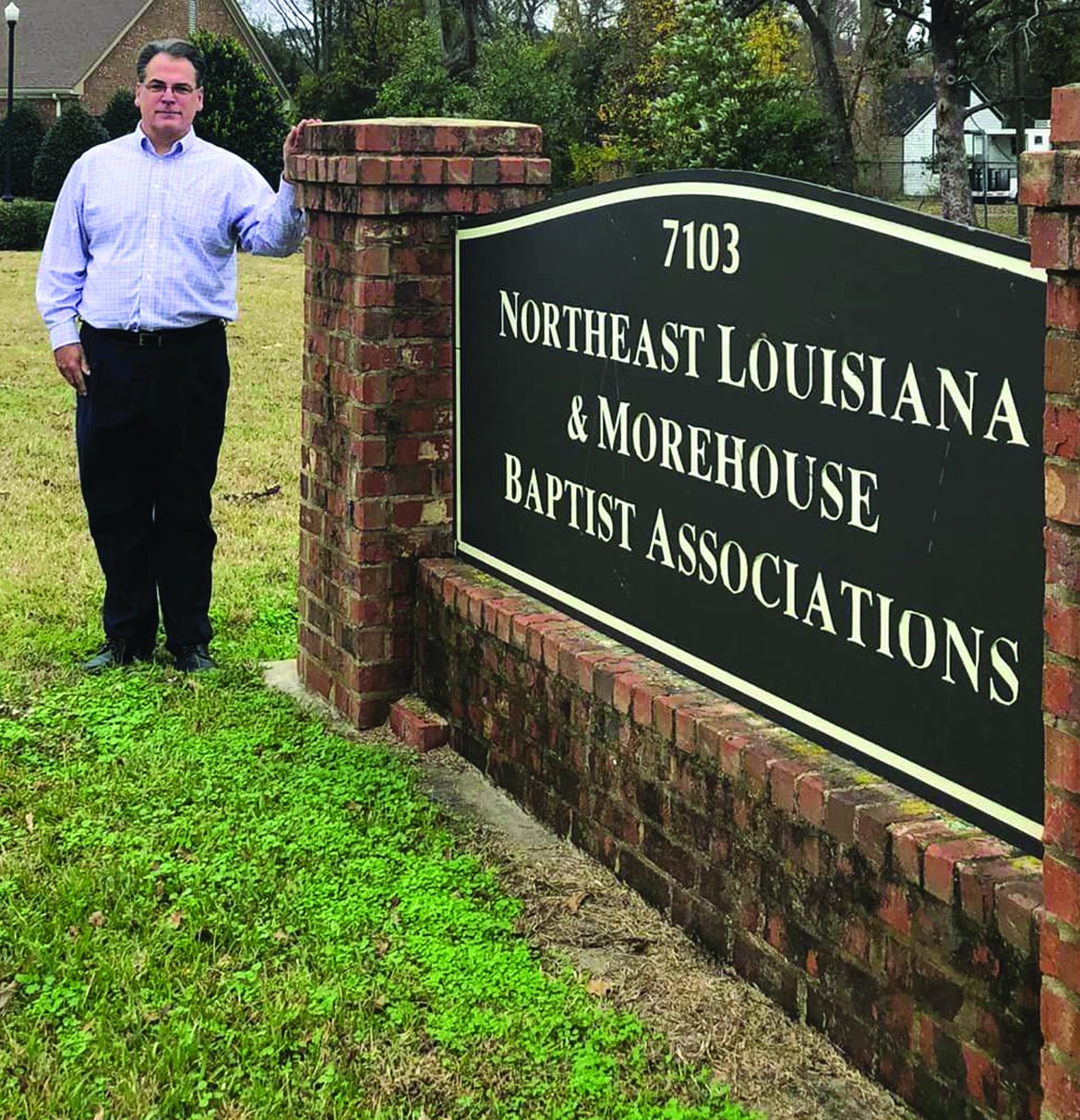 “What excites me is this is one of the strongest areas of our Baptist work in the state,” Kelly told the Baptist Message. “I consider it an honor to work with some of our leading churches and also the opportunity to help encourage some of our struggling churches. To link the strong with struggling is a wonderful thing, which is one of the roles of the missions strategist. I want to help link people, love pastors and encouraging our churches.”

He also served as a Baptist Collegiate Ministry summer missionary in the San Francisco Bay Area, California, where he sensed the call to ministry and met his wife, Tammilee, who was a partner on his team during the summer of 1986. The couple has three children, Andrew, Adam and Sarah, and one grandchild.

In 2015, Kelly became director of missions for the Gulf Coast Baptist Association. During his time as bi-vocational DOM, Kelly continued to serve as a full-time pastor with Bayou Vista Baptist Church.

Kelly earned the Bachelor of Science from the University of New Orleans and the Master of Divinity from New Orleans Baptist Theological Seminary.

As for the future, Kelly said his focus for the first several months will be to build relationships with pastors and churches in the two associations. He will seek to use this time to understand what strategy to undertake to best coordinate the collective efforts and resources of the churches.

“My initial goal is to get to know the pastors and leaders,” he said. “People won’t follow what you do unless they trust you. I want to get into church offices, sit in worship service, preach in pulpits, and have leaders connect with the work.

“I am looking forward to serving in an area where there is a mix of small and large churches, a university, and a metro area,” he continued. “Collectively, I hope to lead the churches of our two associations to work together to impact this region for Christ.”

Holloway assumed his role with the Gulf Coast Baptist Association on Dec. 1.

Like his predecessor, Holloway serves as a bi-vocational director of missions.

Holloway will continue to serve as pastor of Little Pass Baptist Church, Franklin, and will work at least one day a week as director of missions.

While his role as pastor will prevent him from serving as an interim pastor at other churches on Sundays, Holloway plans to meet with pastors during mealtimes, in the evenings and on Saturdays for special events.

A native of Jonesboro, Arkansas, Holloway committed his heart and life to Christ in 1973 while visiting with his pastor, Earl Pounds, at Butler Hill Baptist Church, St. Louis, Missouri. Three years later, he felt the call to ministry and became the volunteer youth pastor with First Baptist Church, Dubach, Louisiana.

Holloway earned the Bachelor of Science from Louisiana Tech University and the Master of Arts and Doctor of Religious Studies from Trinity Theological Seminary, Evansville, Indiana.

He hopes to continue building upon the foundation Kelly laid as DOM.

“The fellowship among the pastors has really changed the last few years and our churches have become much closer,” Holloway said. “It’s essential for that to happen if we will continue to reach our area for Christ. We are able to do what we do because of the cooperation among pastors.”

By JT Waresak I'm not a huge New Year's resolution guy. However, as a new year begins, it is another opportunity to raise the bar in my effort to be the best dad I can be. I'm also reminded that the opportune time to pour into my sons and daughters is limited to a couple of precious decades. This is not to say … END_OF_DOCUMENT_TOKEN_TO_BE_REPLACED