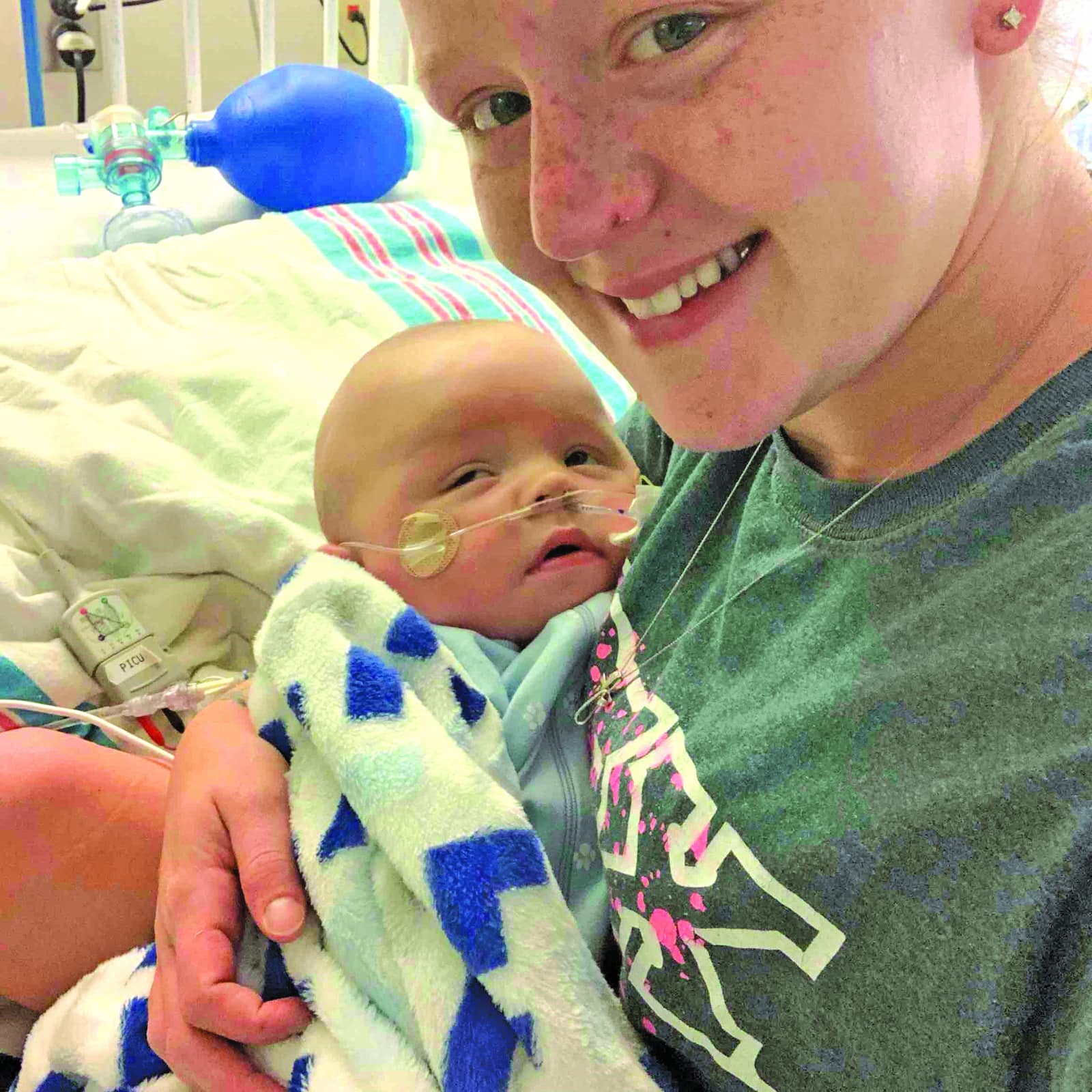 Yalonda Terry holds her four-month-old son, Sawyer, at the Children’s Hospital of New Orleans. Doctors did not offer the family much hope, but God answered their prayers with multiple miracles that continue to mark Sawyer’s ongoing improvement. Submitted photo

NEW ORLEANS, La. (LBM)—Sawyer was an answer to prayer for his parents Yalonda and Louis Terry. He was the brother they had hoped for their then 18-month-old son Callan and 11-year-old sister Kacie. Her nephew Daniel (11) also lives with them.

But on August 18 tragedy struck the Terry home when Yalonda discovered four-month-old Sawyer was not breathing.

“I did CPR for 11 minutes before the ambulance arrived,” she told the Baptist Message. “I knew it was bad at that moment, because they did not even try it [CPR] in my house, but instead picked him up and ran straight to the ambulance.”

Sawyer was rushed to Byrd Regional Hospital in Leesville and shortly after he was ventilated they flew him and Yalonda to Rapides Women and Children’s Hospital in Alexandria.

“I was in the waiting room for six hours,” Yalonda recalled. “I received some updates and at times reports about him seizing. By that night they said they had him stabilized.”

For days it seemed all the news was bad news, and Yalonda finally put down her foot to tell the medical staff not to discuss anything negative in front of Sawyer, insisting they talk positively when around him or not at all.

She said the most dramatic turnaround in outlook was made by Sawyer’s doctor.

“We did not see eye-to-eye in the beginning, but God put her there for a reason,” Yalonda shared. “She saved my baby, and I couldn’t be more grateful for her.”

But the medical team in Rapides recommended Sawyer be transferred to another hospital for more specialized treatment.

A hospital in Texas was offered as a transfer option. But after the medical team there reviewed Sawyer’s records they told Yalonda that he was “brain dead” and that they were uncomfortable with taking him unless she was willing to accept that prognosis.

“I didn’t want to send my son to a hospital full of negative people,” she exclaimed. So she prevailed upon Sawyer’s doctor to help her get him admitted to Children’s Hospital of New Orleans, which was more positive about Sawyer’s condition she was assured.

Sawyer began breathing over the ventilator, indicating, essentially, he might be able to breathe on his own.

His daddy, Louis, arrived from Africa where he works on an offshore oil platform, and when he spoke Sawyer opened his eyes for the first time since the emergency at home.

Sawyer also started to raise his arms, reaching up for his daddy.

And he began to blink. 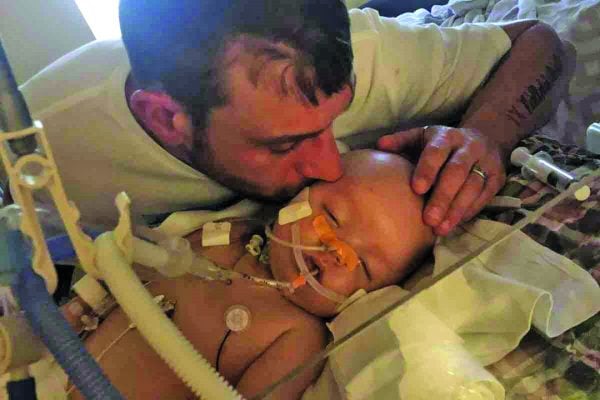 Louis Terry gives his four-month-old son a kiss in the Children’s Hospital of New Orleans. The family has witnessed God perform miracle after miracle following an accident on August 18. Submitted photo

“They told me he would never wake up,” Yalonda emphasized.

But after arriving in New Orleans, the news did not get better.

An MRI was performed and it showed his brain was dissolving, she was told.

“There were multiple spots all over,” indicating brain matter was missing, she said. “I was told it would not regenerate. It would not heal. They said he had no cortex function, just brain stem function.”

His eye and hand movements were attributed to “spinal reflex,” she recalled.

“They gave me two options: Send him home on hospice care and give him morphine to keep him comfortable,” she said, which meant he would eventually choke to death on the saliva they said he could not clear from his airway.

“The second option was to insert a trach [tracheotomy tube] and move to a special facility in New Orleans or Baton Rouge,” which meant she would be unable to take care of her other three children, she explained.

“I cried. I prayed. I discussed it with Louis,” she said.

Then she offered the doctor a “Daniel” kind of compromise.

“I asked him to meet me in the middle,” Yalonda said, sharing how she proposed to take small steps and test them to see what to do next.

So, she had them check to see if Sawyer could breathe for himself.

Prior to pulling the ventilator tube, the technician set the machine to “auto” and for 48 hours it did not kick on.

An oxygen tube replaced it, but that was removed in less than a day.

Moreover, during all this “test and see” approach the staff discovered Sawyer could clear his airway.

“His secretions are still thick,” she shared. But now he only needs a feeding tube for assistance.

However, he is scheduled for surgery to move the tube from his nose to his side so he can begin therapy that will teach him to bottle feed.

Importantly, his improvements have allowed him to go home.

“I was told he would never walk, talk, function,” she recalled. “’This is it,’ they said.”

“He is now making noises and the speech therapist says it is a sign he is trying to talk, to cry,” she said, smiling. “God is good. He stayed with me. I prayed every day and He worked on him.

Yalonda and Louis have been Christians for two years and are members of the First Baptist Church in Anacoco.

Although young in her faith, she offered sage advice for parents who might face tragic medical circumstances with a child: “Pray.”

“You cannot read a textbook and figure out the next step,” she said. “It’s God’s plan you need to know, no one else’s.

“God gives you a person for a reason,” she continued. “It’s my job to fight for Sawyer when they tell me, ‘There’s no hope.’ If you don’t fight for the one you love, the one who is depending on you, then nobody will.

“God has done miracles with Sawyer,” she added, “and I believe He still will.”

Friends of the Terry Family have opened a fundraising page to help pay off some of the debt incurred from Sawyer’s hospitalization. Anyone wishing to donate should visit  https://www.gofundme.com/f/baby-sawyer-accident/. 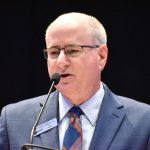 By David Cranford PONCHATOULA, La.  - Some of the things that happen on this earth and some of the things that people do defy description: unspeakable acts of mass violence, hatred that leads to slaughter, complete disregard for the sanctity of human life, horrible acts committed against children. Some … END_OF_DOCUMENT_TOKEN_TO_BE_REPLACED