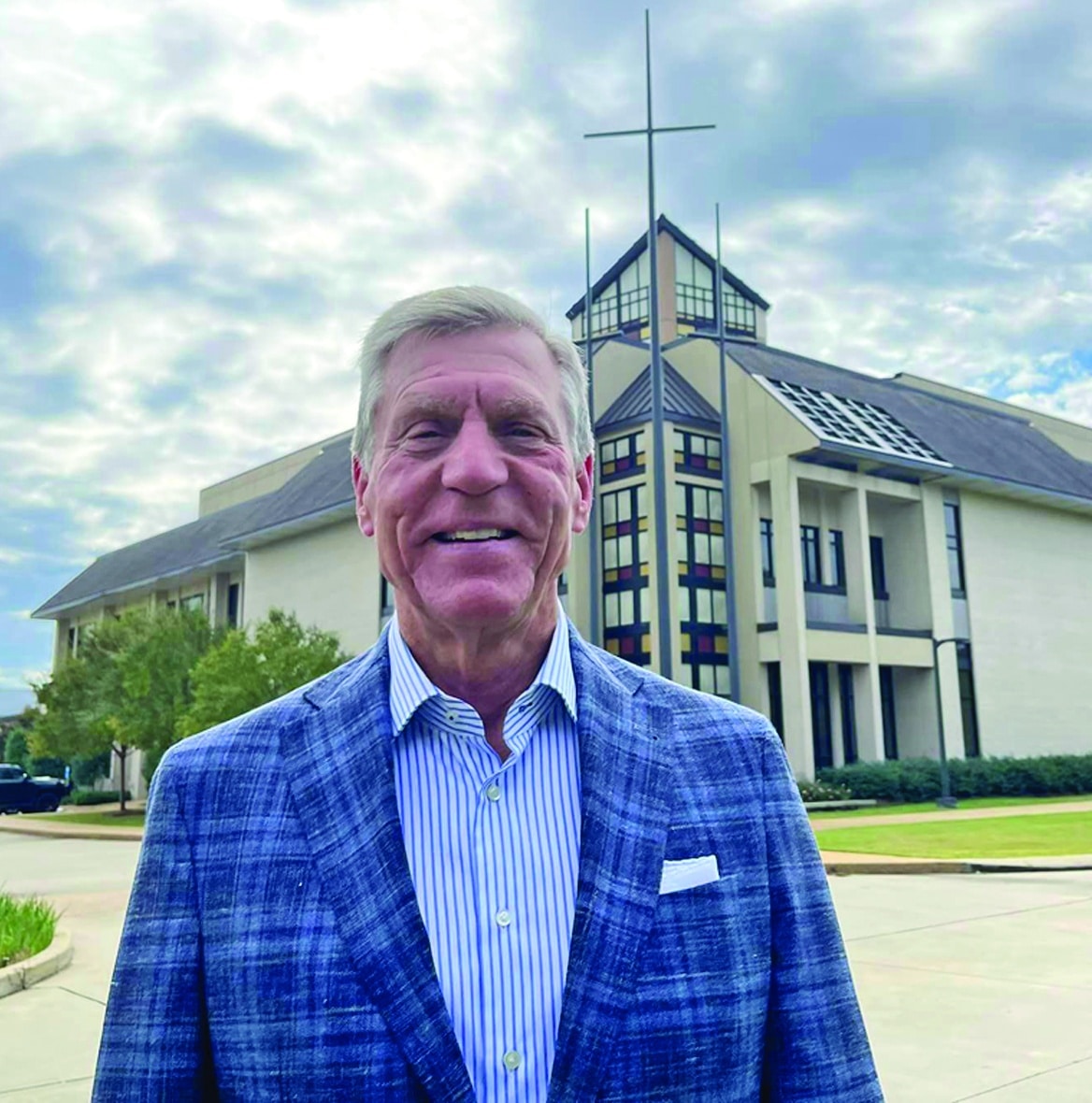 David Brooks will retire Dec. 31 as pastor of Calvary Baptist Church. For the last 43 years, he has served on staff at the Alexandria church. Brian Blackwell photo

Brooks said he is grateful for the many changed lives that he witnessed during his tenure as a youth minister and then senior pastor at Calvary, the only church where he has served in a full-time ministerial role.

For his years of service to the congregation and community, Brooks was honored during a pre-retirement celebration, Nov. 6, that included memories shared by friends and family, gifts from the congregation, and notes of appreciation presented on behalf of Texas Gov. Greg Abbott (Brooks visits the state often with his wife, Suzy, who is a native Texan) and Blue Bell CEO Ricky Dickson (Brooks’ favorite dessert).

“When we came here, I was 23, and a lot of people took Suzy and I in like we were their kids,” Brooks told the Baptist Message. “They have loved and nurtured us and been great mentors who invested in me.

“I had opportunities to go other places, but never felt like that was where God was leading me,” Brooks shared. However, he added, “When I came to Calvary, I never thought I would be here 43 years.”

A native of Hattiesburg, Miss., Brooks’ spiritual journey began in 1965, he said, when he accepted Christ and was baptized at Westside Baptist Church, Shreveport. Later that year, Brooks (15 at the time) met several individuals who played a key role in his road to ministry: Don Willis, a fellow teenager who discipled him at Woodlawn Baptist Church, Shreveport; Gene and Glenda Young, a young married couple who led a small youth group at Woodlawn Baptist at a time when he felt the call to ministry; and Ron Harvey, who heard Brooks speak at a Fellowship of Christian Athletes meeting at Wood[1]lawn High School, Shreveport, and subsequently told his dad, Charles, pastor of Sunset Acres Baptist Church, Shreveport, who invited Brooks to share his testimony at a service.

After graduation from Woodlawn High, Brooks and Harvey enrolled at East Texas Baptist University, Marshall, Texas, Brooks said, and together they preached at youth revivals, retreats and summer camps. During one of the sessions, Kenneth Everest, pastor of Central Baptist Church, Springhill, invited Brooks to serve as a summer student minister.

While at Central Baptist, Brooks met John Alley, then pastor of Calvary Baptist, and Harry Thompson, music minister at Calvary at the time. They later asked him to serve on staff as the minister to junior high, high school and college students, he said, a role he held June 1, 1979- Jan. 2, 2000, when he became pastor.

According to church records, during Brooks’s time at Calvary, the congregation has built a new education building (1990) and Children’s World and XA Student Cen[1]ter facilities (2002), replanted the former First Baptist Church, Woodworth, as Calvary Baptist, Woodworth (2010), and open a new 1,455- seat worship center (2015). Additionally, Calvary has baptized hundreds of new converts since 1979, including his son, Chad, daughter, Payton, granddaughter, Callie, and grandson, Jam.

Brooks noted that while he and his wife have discipled their children, Calvary has played a key role in helping them make decisions for Christ through constant encouragement and pouring spiritual truths into his kids’ and grandkids’ lives.

“It’s been very emotional to have been able to baptize all of my kids and grandkids,” Brooks said. “I am so grateful for the home environments they grew up in and also the many times they have been in church and in the homes of Calvary members.” 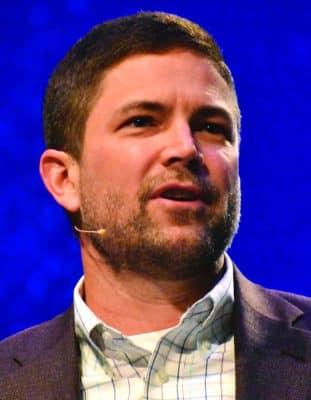 Todd Strain, a pastor at Calvary who will succeed Brooks once he retires, was a student during Brooks’ tenure as youth minister. He noted the constant encouragement Brooks bestowed upon him as a student and, later, as a staff member.

“Being raised in Alexandria and at Calvary, Dr. Brooks has been a part of my life for decades,” Strain said. “As my youth minister, he led an incredible youth ministry that was foundational in my growth. He always impressed upon me the importance of a personal relationship with Christ through having a daily quiet time. This has had a profound impact upon my life and ministry.

“As someone who has served under him on the Calvary staff, I benefited greatly from his constant encouragement and empowerment,” he continued. “His patient leadership allowed me to grow as a man and pastor. Now that I am transitioning into the role of senior pastor, Dr. Brooks’ confidence and trust in me is invaluable as I lead the next chapter of kingdom work at Calvary.”

After retirement, Brooks and his wife will spend time away from Calvary for a few months before returning as members.

“We have a very unifying church that has never had a split or major disagreement in our 101-year history,” he said. “There is a culture here that we love God and we love others. I am grateful for our members and our staff, who are part of a place that is loving and caring and never afraid to be stretched or challenged in their faith.”

By JT Waresak I'm not a huge New Year's resolution guy. However, as a new year begins, it is another opportunity to raise the bar in my effort to be the best dad I can be. I'm also reminded that the opportune time to pour into my sons and daughters is limited to a couple of precious decades. This is not to say … END_OF_DOCUMENT_TOKEN_TO_BE_REPLACED