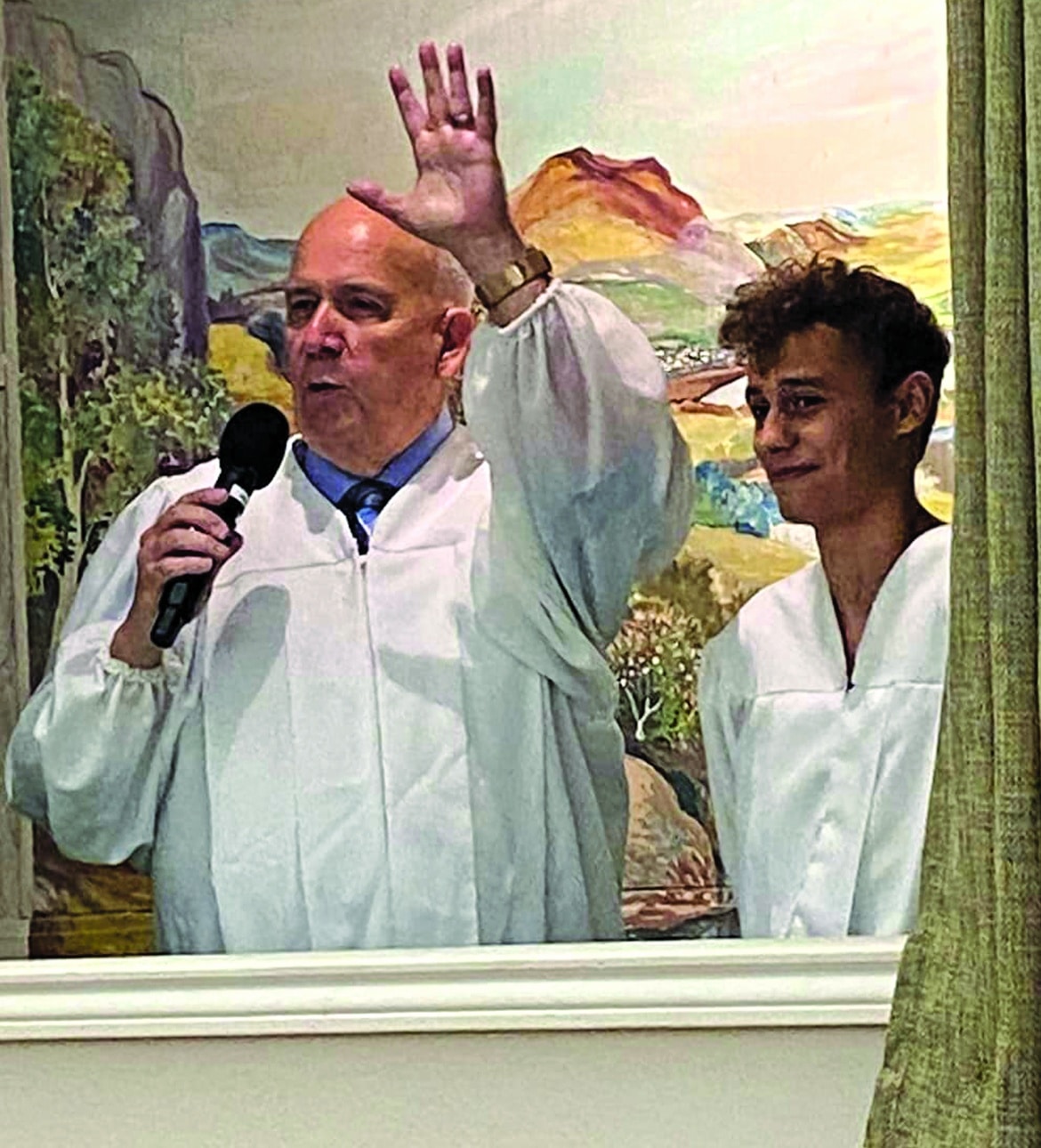 FOREST HILL, La. (LBM) – Pastor Mike Evans recently missed two months in the pulpit during a fierce battle with cancer and other medical issues, but through those trials he experienced God’s goodness through the love displayed by his church.

“They stepped up,” Evans told the Baptist Message. “Since this church was founded in 1912, we have had love, respect and unity. You can never underestimate the value of a prayer or receiving a card from someone. That helped get me through some very difficult days. They stood in the gap for me when I wasn’t able.”

Evans, from April 11-June 16, spent time in Alexandria and Baton Rouge hospitals and at home as he underwent surgery for prostate cancer and fought off pneumonia and multiple embolisms (obstruction of his arteries).

While he was away from the pulpit, Evans said the members and other Louisiana Baptists never ceased showing their love.

His church continued paying his salary, cared for the facility and grounds and sent him numerous messages of encouragement.

Once Evans returned, God continued to pour out his blessings through nine salvation decisions during children’s and youth summer camps at Tall Timbers Baptist Conference Center in Woodworth.

Among those who decided to follow Christ since Evans’ return was Owen Jenkins, who was baptized July 24.

For two months, Jenkins helped operate the sound system in worship and on July 17 he finally realized he needed the Savior.

“At the end of the invitation, I saw him stand and he had his hand up in the air like he was going to ‘high five’ me,” Evans recalled. “I thought he was just signaling, ‘It was a wrap and all went well.’

“But later that afternoon he called our youth minister, Brother Brett Faulk, and told him he wanted to be saved and did so over the phone,” he continued. “I kidded him that my other thought had been maybe he was high fiving an angel.”

Evans said he appreciates how his church rallied around him in his moment of need and is grateful for the subsequent revival the Holy Spirit brought.

“We knew our members loved us, but they loved the Lord too and were just like Nehemiah 4:6, as they ‘had a mind to work,’” Evans said. “I told them that I wondered if they realized that they did better without me than with me, but they were generous and said it wasn’t so. May the Lord bless them and all who prayed and helped.”