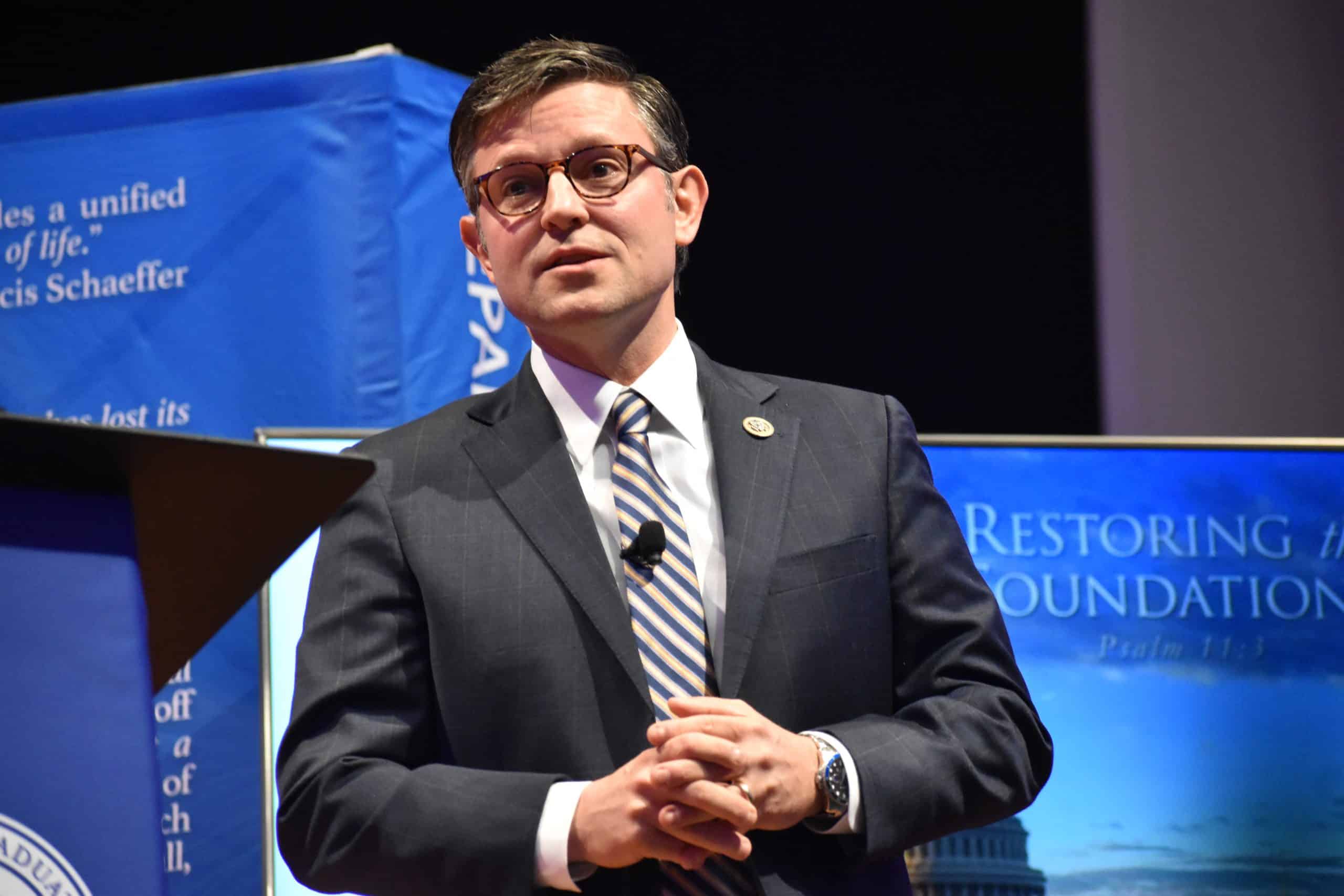 PINEVILLE, La. (LBM) – Congressman Mike Johnson encouraged Louisiana Christian University students and community members to make a stand for biblical truths in a culture that has become increasingly hostile to the Gospel.

“The Bible calls us to be salt and light,” Johnson said during the Values and Ethics Series, Nov. 10. “We are the salt. We are the light. If not us, who? It’s our responsibility. It’s the church’s job.”

Johnson, who on Nov. 8 was re-elected without opposition to serve a fourth term in the U.S. House, was the keynote speaker for the 7th annual event held inside Guinn Auditorium.

He said the founders insisted that religion and morality were essential to maintain the republic, but those foundations are being destroyed by those opposed to the faith.

However, Johnson told the students they can help restore those pillars before it is too late.

Johnson said the United States is different from other countries. While other nations based the forming of their government on the premise the King rules over the people and subjects, the Founding Fathers chose to center the United States on a relationship between God and the citizens.

“We understand our rights come from God and our responsibility is to Him ultimately,” he said. “And this is the foundation of our country.”

Johnson said a “truth decay” has taken place in recent years, spiraling from a society built on biblical morality from 1776 to the 1940s to currently one of amorality where there is a belief of no right and wrong.

Because of this decline, Johnson said America has begun to reject God and subsequently has seen church attendance and the family decline and suicide rates increase.

And, he said, some people even have turned to civil government to fill a void.

“The government in fact has replaced God to some people,” he said. “And they want government to do more and more and more. This is not the way God designed society to work. And there are serious implications that come from this.”

However, Johnson said despite the decline, there still is hope for America.

He told the audience that Christ followers can defend the truth, but must do so respectfully.

“We understand our battle is not against flesh and blood,” he said. “It’s against principalities. People are held captive by the devil to do his will.

“You present the truth in a winsome way,” he continued. “It truly is good news.”

“He’s a voice speaking truth into a culture and a worldview that is just the opposite of truth,” he said. “He’s the real deal folks. And he loves Jesus. And Christ is first in his life.”

By JT Waresak I'm not a huge New Year's resolution guy. However, as a new year begins, it is another opportunity to raise the bar in my effort to be the best dad I can be. I'm also reminded that the opportune time to pour into my sons and daughters is limited to a couple of precious decades. This is not to say … END_OF_DOCUMENT_TOKEN_TO_BE_REPLACED