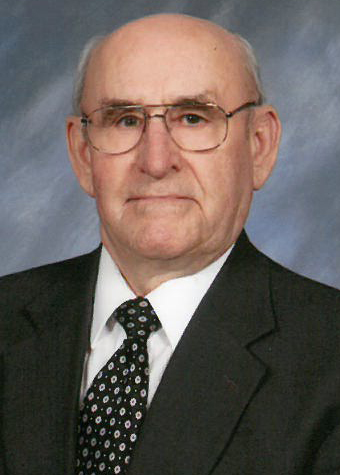 Merv Goehring, a lifelong South Dakota farmer who served briefly in the U.S. Army, left gifts totaling more than $550,000 to the SBF, Southern Baptist Theological Seminary, and the SBC Cooperative Program upon his death at age 87 in 2014, Peek said.

While Goehring served for many years as a church teacher and deacon, Peek noted the farmer’s generous charitable annuities and estate gifts to Southern Baptist entities are remarkable.

“This gentleman had modest income and modest wealth, lived in a small house, did not attend a Southern Baptist church, was not a Southern Baptist,” Peek said. “Mr. Goehring stayed at home and watched ‘the best preachers in America,’ and realized they’re Southern Baptists. And he had a picture of Adrian Rogers on his wall. Rogers, who died in 2005, was longtime pastor of Bellevue Baptist Church in Memphis, Tenn., and served three terms as SBC president.

“And later [Goehring] got the opportunity to hear Dr. Albert Mohler (president of SBTS) defend his faith on Larry King Live, and he said, ‘There’s something different about this man, and it’s evident, his love for Christ, and I want to be a part of somebody who’s making an impact for Jesus in the United States. I want to support Southern Baptists.'”

Goehring had been a longtime member of First Baptist Church [American Baptist] of Aberdeen, S.D. He left three charitable gift annuities to the SBTS alone, two to be shared by the SBTS and the SBF, and two to the SBC Cooperative Program that initially totaled $420,000. He divided his estate among the SBTS, the SBF ($137,000), Billy Graham, the Salvation Army, the North American Baptist Seminary and the Mayo Clinic, Peek said.

Goehring had told Peek of his assurance of salvation.

“Jesus was crucified and died on the cross for you and me because of our sins. He arose on the third day and is alive,” Peek recalled Goehring saying. “Someday I will be with Him and all the wonderful people that have accepted Him. What a glorious time that will be and I am in the group that will be with Jesus.”

“He had a picture of Adrian Rogers and Billy Graham, and he wanted a picture of Dr. Mohler,” Peek said, “because he wanted to put his heroes of faith up on his wall. … Seeing the impact that Southern Baptists are having in the United States, and the witness that we’re having in showing the love of God made an impact on him.”

The SBF encourages giving. Gifts to Southern Baptist entities and programs can be made in the three main categories of outright gifts, estate planning and gifts that generate income for donors while they’re still alive.

“I think it comes back to the Bible and looking at what God encourages us to do. God owns everything; in Psalm 24:1, God is the owner of all things. And since God owns everything, we should give back,” Peek said. “We encourage people to think about leaving money in their estate or giving 10 percent of their estate to the causes that they love and support.”

“The foundation is here to help this generation touch the next generation for Christ; we help promote giving. We’re available to help anybody make those gifts to the causes that they love and support,” Peek said. “We’re just a resource that’s available to all Southern Baptists that can help further God’s kingdom throughout the United States and the world.”