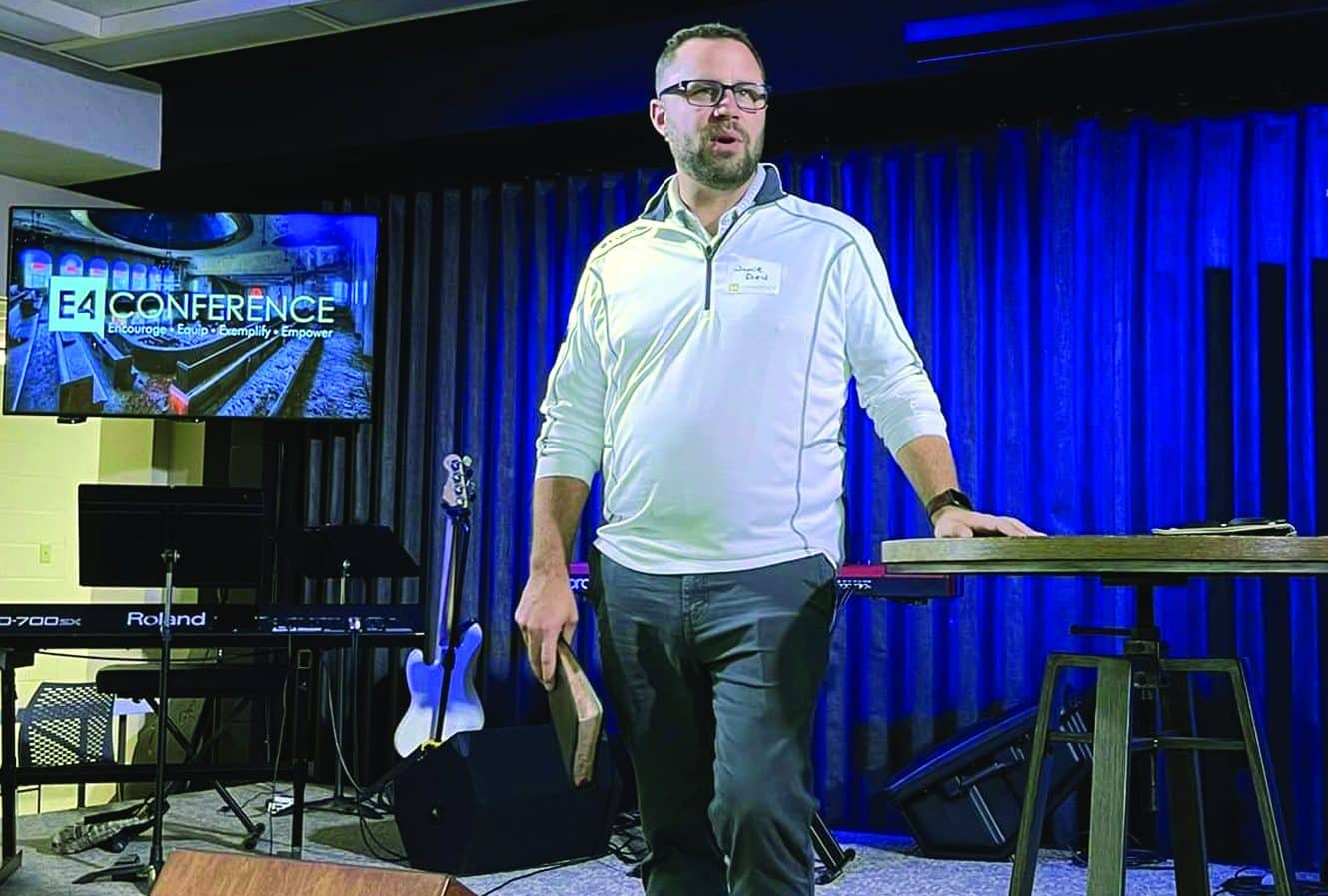 PINEVILLE, La. (LBM) – God has revealed himself so others may know Him and find life in His Son, New Orleans Baptist Theological Seminary President Jamie Dew said during the recent E4 Preaching Conference.

Dew reminded participants that of all creation, man is the most special. However, he said despite warning Adam and Eve to avoid sin, they disobeyed His command and subsequently brought a curse to all creation: death, guilt, hostility and difficulty.

“Thus, we see that there were real genuine consequences for all of mankind as a result of Adam’s sin,” he noted. “When sin entered the picture, blessing and peace began to erode. In the end, man was left in a difficult situation.”

But God provided a way to hope to mankind and that was through the birth of His Son, Jesus.

“God’s cure for our sin problem is his very Son Jesus who came to this earth to die between two thieves and give his life as a ransom for many,” Dew said.

Referencing John 11:25- 26, Dew challenged participants to share the victory found in Jesus, who died on the cross for mankind’s sins and rose from the grave three days later.

“Our faith is rooted in the history and reality of the resurrection of Christ,” he said. “Without it, we have nothing, but with it, we see much of our faith confirmed.”

Holloway told the Baptist Message that the E4 Conference, now in its 14th year, began with a desire to sharpen and encourage pastors.

“This year’s conference focused on apologetic preaching. Jamie Dew and our breakout session leaders did an outstanding job of preparing our pastors to preach messages that are relevant and biblical at the same time,” he said.