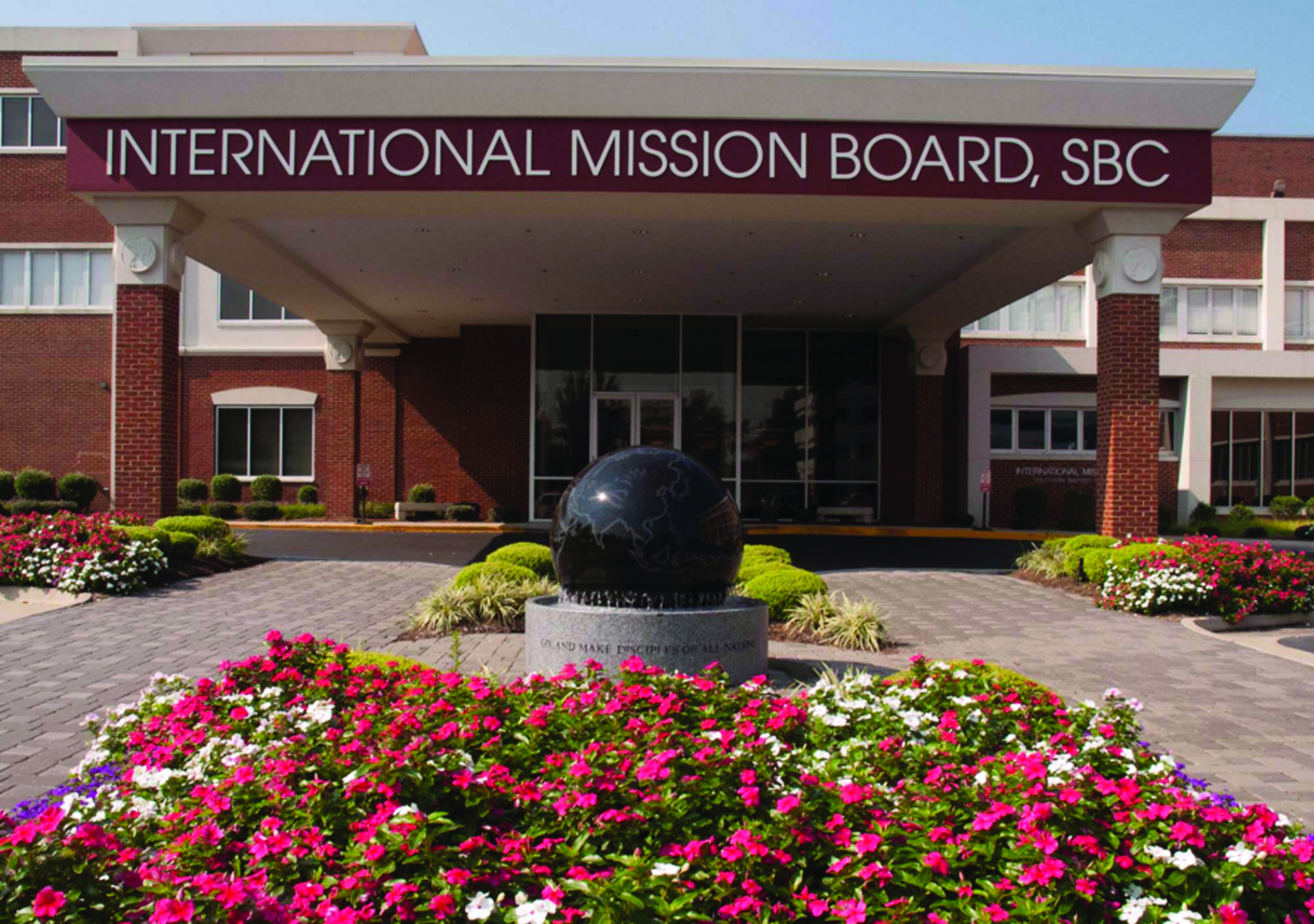 Fifteen questions remain unanswered by IMB leadership about the management practices and philosophy of the International Mission Board despite multiple attempts through several channels to get specific details about how Southern Baptists’ $300 million cooperative overseas evangelistic effort is being led.

RICHMOND (Baptist Message) – Fifteen questions about the management practices and philosophy of the International Mission Board remain unanswered despite multiple attempts through several channels to get specific details about how Southern Baptists’ $300 million cooperative overseas evangelistic effort is being led.

These questions, the first of which were submitted March 16 by the Louisiana Baptist Message, seek to find out what operational analysis had been done in the decision to downsize the SBC’s largest cooperative outreach to the lost around the world. Some also address issues raised by comments made by IMB missionaries and staff, indicating suspicions that something is afoot, besides fixing a budget shortfall, by IMB leaders’ recent layoff of 1,132 personnel.

Importantly, all of the questions already are being discussed to varying degrees on a number of levels among Southern Baptists who simply want to know the facts.

Perhaps the most troubling issue about the termination of 1,132 missionaries and staff is not just the human tragedy of uprooting so many men and women who God called to the mission field – a calling Southern Baptists confirmed by commissioning them.

Instead, it is the almost lackadaisical attitude or lack of awareness or concern about what this exodus of trained soul-winners means spiritually to our efforts to share the Gospel around the world.

The IMB was emphatic that it had followed financial due diligence to correct its deficit spending.

In fact, it issued a lengthy Frequently Asked Questions document that asserted the organization had conducted an extensive “quantitative analysis of how an option would impact cash flow and reserves” to the extent that they “modeled the financial impact to our cash flow and reserves through 2020.”

The IMB made its case by noting “the need to reduce the total number of personnel by at least 600 people” because of a 2016 deficit of “$22,850,000” (expenses more than receipts); and, it projected these minimal staff reductions would produce “cost savings in 2016 of $38.6 million” – nearly $16 million more than needed to balance the budget.

Still, while it made the point that it had analyzed the financial impact of these moves, the IMB did not mention what it projected the impact would be on reaching the lost.

There was not a single assessment about losing certain specialties that are needed on the field – linguists in critical languages; individuals with long-term relationships with key government leaders who allow us entry into key areas; and soul-winners who are catalyzing a revival movement.

Nor did IMB offer any reassurance to Southern Baptists that it was not jeopardizing decades of efforts to gain entry into restricted countries and acceptance among resistant people groups.

Moreover, IMB leaders apparently met the budget need, and more, with the first round of layoffs, known as Phase 1 or Voluntary Retirement Incentives (targeted at missionaries who were at least 50 years old with five years of experience) – there were a total of 811 IMB departures (702 field workers and 109 professional staff), then, well above the 600 minimum needed.

Extrapolating IMB’s numbers, this would suggest cost savings of more than $52 million in 2016, a cash bonanza of more than 2.25 times the expected deficit.

But, again, there was no discussion of what the additional departures would mean to our ability and opportunity to reach the lost – especially because IMB had taken aim at reducing its most experienced personnel.

Then, inexplicably, the IMB continued with Phase 2, called a Hand Raising Opportunity – essentially, a less generous package of severance payouts (typically, two weeks of pay for every year of service) – and another 321 individuals chose to exit the IMB, despite the lack of need given that the financial crunch had been averted by the first round of cuts.

Now, it would seem IMB is cash rich but people poor:

– the Southern Baptist Convention Executive Committee recently published a financial summary showing the Lottie Moon Christmas Offering is more than $10 million above the total for last year (looking at past trends, this amount might double by the time all monies are collected); plus,

– the North American Mission Board pledged $4 million to the IMB, and the South Carolina Baptist Convention made a one-time $1 million gift to the IMB to augment its churches’ contributions through the 2016 Lottie Moon Christmas Offering.

In the end, IMB will enjoy a cash windfall (before VRI and HRO payouts) of $75 million – $100 million in 2016, but have a void of field-experienced missionaries.

IMB projected 600 terminations would cost $23.1 million in one-time payments, so the 1,132 actual departures likely will incur an outlay of about $43.6 million.

Thus, when the dust settles, IMB will be $31 million – $56 million to the good, financially, in 2016. But Southern Baptists’ soul-winning efforts overseas will suffer because of these terminations for at least a decade.

Meanwhile, IMB downplayed news reports about the dramatic 2015 drop in overseas baptisms, which plunged to the lowest levels since 1969, and has yet to give any indication it cares what those numbers will be in 2016 and 2017 (by the lack of projections in any of its planning regarding the departure of so many seasoned missionaries – see our repeated questions about this below).

IMB leaders attributed the plunge in numbers to a 2009 change in their reporting procedures which were modified again in 2011. These changes restrict official counts to include only baptisms resulting from “work related to IMB personnel only, and no longer include reports related to partner conventions and unions.” They also cited large-scale church-planting movements which now are self-sustaining under native leadership and no longer counted in IMB’s official counts.

Still, 2,717 IMB missionaries reported 50,003 baptisms for 1969, while 4,707 missionaries tallied 54,762 baptisms in 2015. The issue is not so much about the effectiveness of our missionaries, but more of a concern about the wisdom of IMB’s strategy of placing missionaries among resistant people groups (a focus since about 1997) at the expense of reaching responsive populations.

For the record, the Message uncovered the information about IMB’s plummeting baptisms in a ministry summary of all SBC entities published by another SBC agency, not the IMB. If not for our March 18 news article, this information still might not be widely known.

Yet, the Message is not a crusading investigative news outlet.

We simply try to ask questions Southern Baptists are asking among themselves.

Below are the questions asked repeatedly (up to three times) of IMB officials, and to date have been ignored. The Message invites Louisiana Baptists to let us know, 318.449.4348, what questions are on your mind after reading the list, and, we encourage you to let the IMB know, 804.353.0151, what questions still linger for you.

On social media, an anonymous missionary expressed concern about some of the planned or executed transitions in field leadership:

– “JD Greer’s [sic] plan for missions is what Platt and Sebastian are planning to use to implement in the IMB.”

– “The person who they want to put into this [East Asia] position, is currently with another non-SBC mission agency. They have him on a fast track to join the IMB, even though others are currently waiting years to get appointed.”

IMB submitted information about the drastic drop in baptisms for a Ministry Report circulated February 19 by the SBC Executive Committee.

J.D. Greear announced that his church, Summit Church, has 126 people serving with IMB.

By Steve Horn, Louisiana Baptists executive director Jesus reminds us that we should always pray and never give up (Luke 18:1). Today’s ruling from the Supreme Court serves as a good reminder of that truth. For almost 50 years, American Christians from various denominational backgrounds have been praying and … END_OF_DOCUMENT_TOKEN_TO_BE_REPLACED