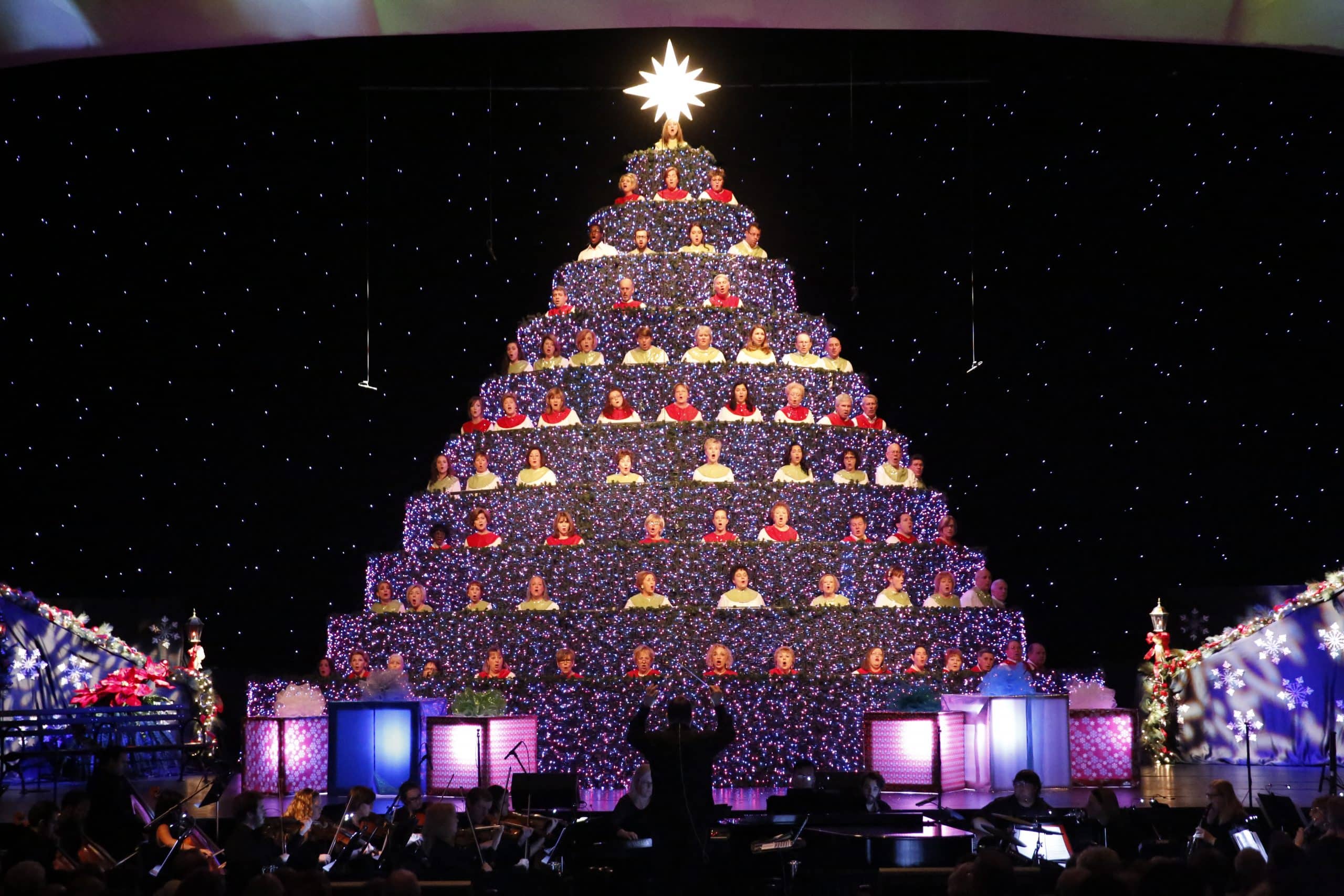 The Singing Christmas Tree was decorated with more than 10,000 lights at First Baptist Lafayette. Submitted photo

During performances, Dec. 9-12, the audiences were treated to music by a choir stationed on platforms on the tree decorated with more than 100,000 lights, along with Christian tunes by an orchestra, local Cajun band and a drama team.

The drama included a plan of salvation throughout the production, including an invitation from Pastor James Pritchard to accept Christ at the close of each performance. All who attended were invited to complete a response card for a chance to win one of 20 gift cards from Logan Farms Honey Glazed Hams in Lafayette.

According to Minister of Media Dennis Clark, 3,995 attended the four performances at the church while another 700 tuned into the livestream.

The most recent performances marked the 19th time First Baptist Lafayette has held the Singing Christmas Tree since the first one in 1985. During that time, it has been held at the church and the Cajundome in Lafayette.

By JT Waresak I'm not a huge New Year's resolution guy. However, as a new year begins, it is another opportunity to raise the bar in my effort to be the best dad I can be. I'm also reminded that the opportune time to pour into my sons and daughters is limited to a couple of precious decades. This is not to say … END_OF_DOCUMENT_TOKEN_TO_BE_REPLACED