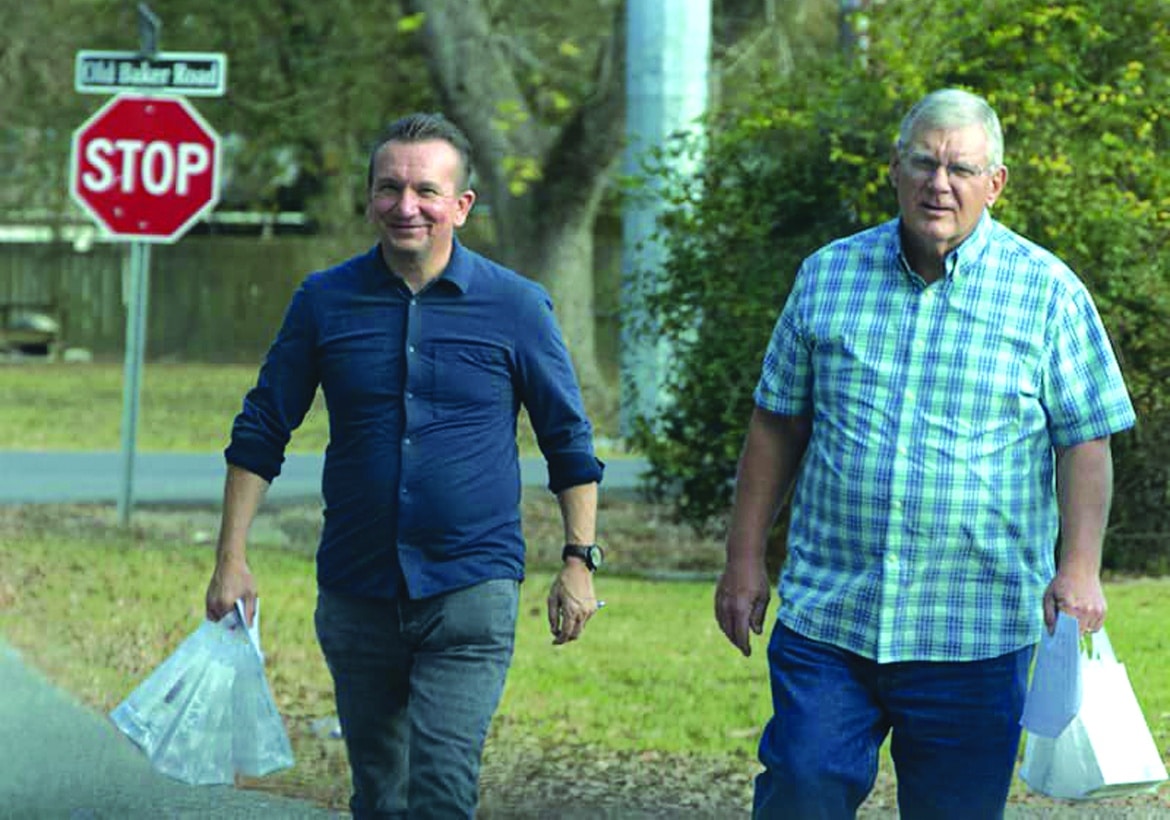 ZACHARY, La. (LBM) – More than 100 members of First Baptist Church, Zachary, recently celebrated baptisms and then ventured into the community to share Christ.

The first team delivered 100 bags that included a coffee shop gift card and an invitation to attend various Christmas activities, another reconnected with 50 families who had not attended the church in 12 months, the third team wrote encouraging cards that were mailed to individuals in Zachary and the final team prayed for the effort that took place.

Before venturing into the community, the church celebrated the baptism of four new converts and observed the Lord’s Supper.

Jake Roudkovski, interim pastor since late October and a professor with New Orleans Baptist Theological Seminary, said the day was fruitful because members stepped outside the four walls of the church and shared the love of Christ with their neighbors.

“God favored our efforts when we intentionally decided to go to the community,” Roudkovski said. “Going is part of the Great Commission. When we go, good things happen in the church and in our lives.

“I commend the people at First Baptist Zachary that they were not willing to just wait for God to move only when a new senior pastor was called,” he continued. “They refused to press the pause button but instead decided they would ‘ramp it up’ for Jesus.”

Colby Rimes, facilities manager and minister to college students at FBC Zachary, said so many members embraced the opportunity to engage with their community and subsequently received a blessing.

“Our emphasis was centered around several core components of outreach to our community,” Rimes said. “We engaged with our community and our truly family was blessed for not only those whom we reached but also from those who participated in this special day.”

By Will Hall, Baptist Message executive editor ALEXANDRIA, La. (LBM) —“Nobody cares what’s happening to the Uyghurs, okay? You bring it up because you really care, and I think that’s nice that you care. The rest of us don’t care.” This appalling statement was made by Silicon Valley billionaire Chamath … END_OF_DOCUMENT_TOKEN_TO_BE_REPLACED