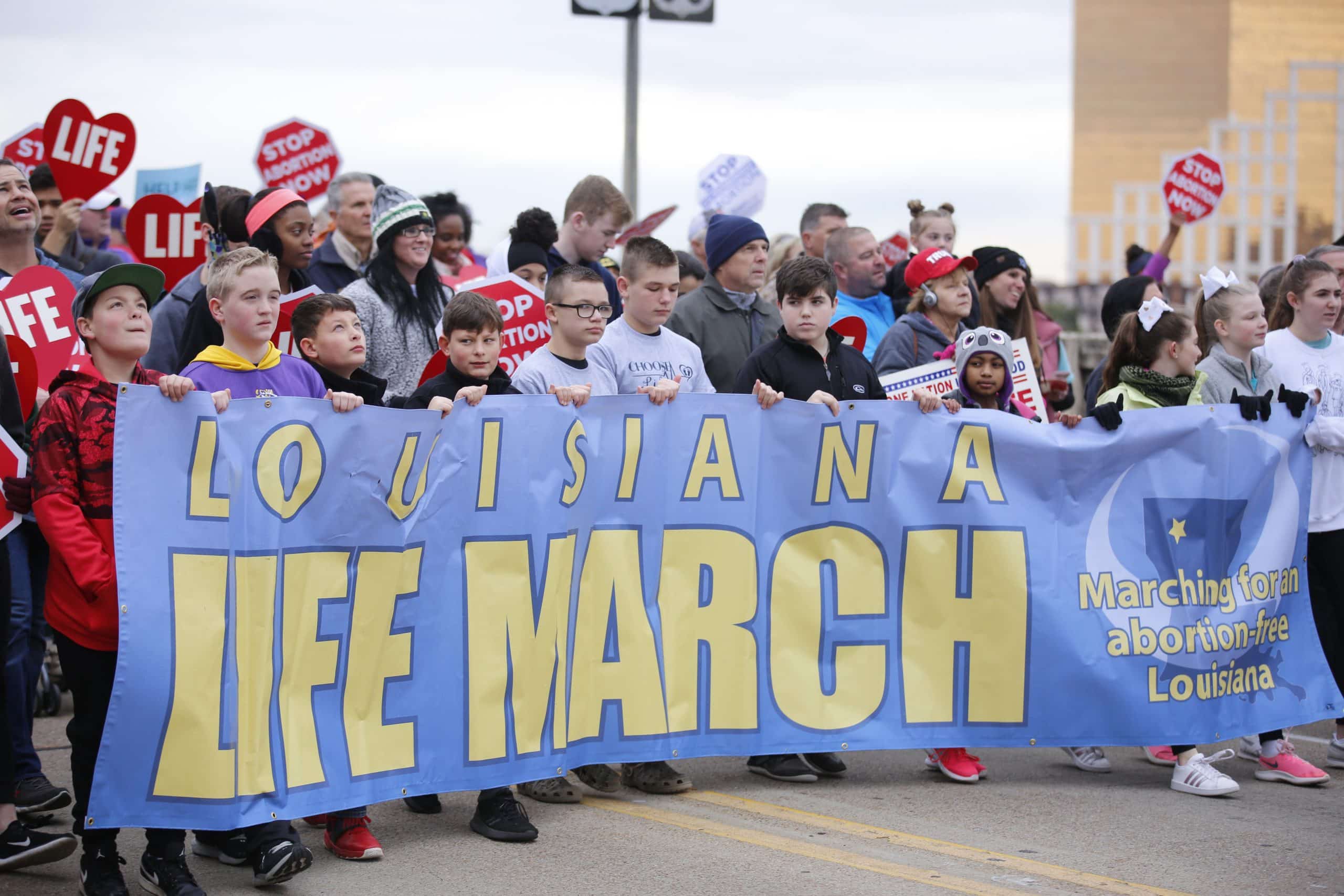 Pro-life supporters will gather for multiple marches around the state in January and February to declare opposition to the Supreme Court’s Roe v. Wade decision that legalized abortion in 1973. Brian Blackwell photo

BATON ROUGE, La. (LBM) – Thousands of Louisianians will stand “together for life” at five pro-life marches scheduled throughout the state in the coming weeks.

COVID-19 pandemic concerns caused the marches to be changed to “socially-distanced” rallies in 2021.

“Together for Life” is the theme for this year’s events, which will once again bring together pro-life supporters of different denominations, ages and ethnic backgrounds to declare opposition to the U.S. Supreme Court’s Roe v. Wade decision that legalized abortion in 1973. The current 6-3 majority ap[1]pointed by Republicans to this highest federal court has led to speculation that Roe v. Wade could be overturned.

“As the Supreme Court reconsiders the unjust decision of Roe v. Wade, we must march united in defense of every precious unborn baby with a strong commitment to support moms, both now and in a post-Roe Louisiana,” Louisiana Right to Life Executive Director Ben Clapper told the Baptist Message. “Please march with us in 2022 and spread the word.”

The Life Marches will kick off Jan. 22 with three events:

— Participants will gather for a candlelight vigil, 6 p.m., in Veterans Memorial Park at the Lake Charles Civic Center for the march to the downtown courthouse.

— Further east, the Baton Rouge march will begin, 10 a.m., in the grassy area of the Capitol and end in Galvez Plaza on the site of the Old State Capitol building.

The next day, pro-life supporters will gather for a march, 1:45 p.m., on the campus of First Baptist Church, West Monroe, and end in Anna Grey Noe Park of Monroe.

Central Louisiana will host the final Life March, Feb. 5, beginning, 10 a.m., on the campus of Louisiana Christian University in Pineville and ending in downtown Alexandria.

According to the Louisiana Department of Health and Hospitals, preliminary numbers for the state (latest data available) showed that 7,448 abortions were performed in 2020, a decrease from 8,144 reported in 2019.

By Will Hall, Baptist Message executive editor ALEXANDRIA, La. (LBM) —“Nobody cares what’s happening to the Uyghurs, okay? You bring it up because you really care, and I think that’s nice that you care. The rest of us don’t care.” This appalling statement was made by Silicon Valley billionaire Chamath … END_OF_DOCUMENT_TOKEN_TO_BE_REPLACED