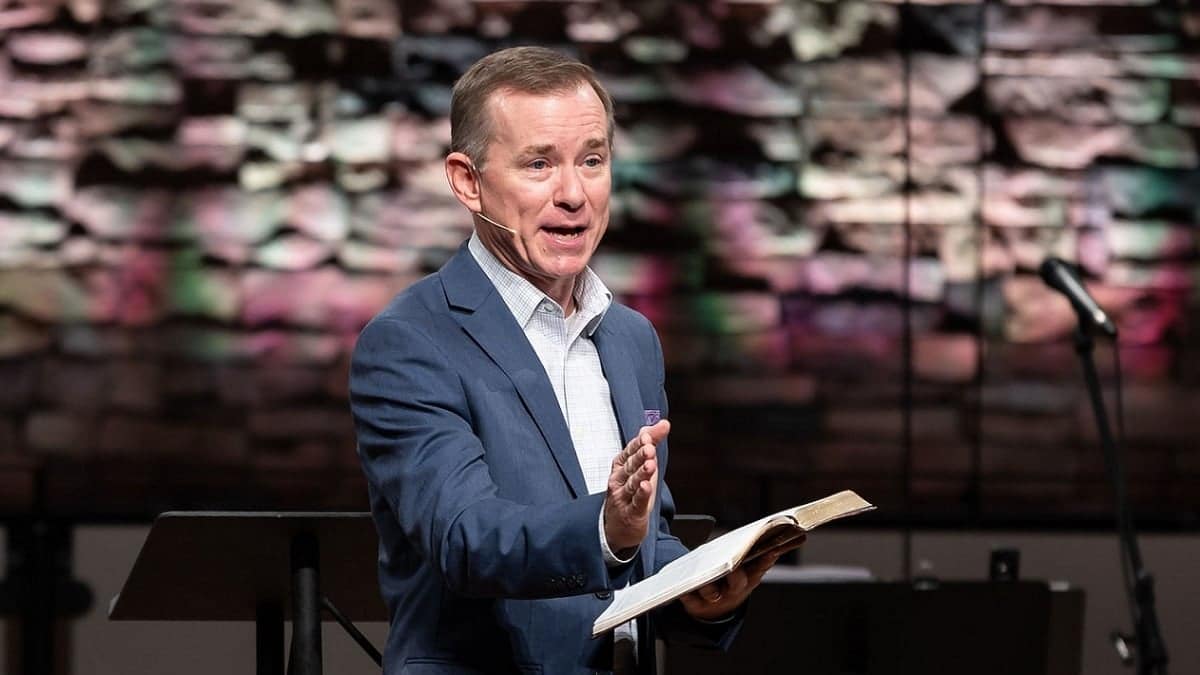 VILLA RICA, Ga. (TCI) – Mike Stone, pastor of Emmanuel Baptist Church in Blackshear, Georgia, “will be nominated in June to be the next president of the Southern Baptist Convention,” according to a letter released Jan 13.

“At this critical moment in our history, Southern Baptists need to be led by a trusted local church pastor with strong convictions about the sufficiency of Scripture, a passion for evangelism, and deep experience in the work of our Convention,” Williams wrote. “Pastor Mike Stone is a trusted leader among Georgia Baptists and I believe he is the kind of experienced pastor and statesman Southern Baptists need.”

“The Lord has blessed Emmanuel Baptist with great growth. Yet it is not so large that Pastor Mike cannot relate to the everyday challenges of our pastors and churches. The experience Pastor Mike has helping to lead our state and nearly 25 years serving one of our strongest Georgia Baptist churches have prepared him for this new assignment,” Williams added.

Stone, who is non-Calvinist in his doctrine nonetheless picked up support from Tom Ascol, Florida pastor and president of Founders Ministries, a Calvinistic network.

This is notable because The Texan, the news service of the Southern Baptists of Texas Convention, published Oct. 23, 2020, that R. Albert Mohler Jr., president of Southern Baptist Theological Seminary in Louisville, Kentucky, and one of the key leaders both in the resurgence of Calvinism in the United States and the centralization of power at the SBC level, has announced again that he will be nominated for SBC president.

According to the Texan, Mohler previously shared his willingness to be nominated in Orlando in 2020, but that annual meeting was cancelled because of the novel coronavirus pandemic.

“As I have long contended, the Southern Baptist Convention and its entities belong to the churches. We need to be led by a pastor who has a commitment to see our Convention be responsive to the concerns and convictions of its churches,” Ascol told The Christian Index. “Pastor Mike and I do not agree on every point of theology, but the challenges facing our Convention call for Reformed and non-Reformed alike to stand together on our common love for the Savior and His Gospel for the sake of our collective mission.”

Stone told the Baptist Message he was “very excited about the possibility of serving Southern Baptists in this way.”
“I was not seeking this out, but the Lord laid it on my heart, which was confirmed when some SBC leaders approached me,” he said.

He also shared three priorities he would like to see the SBC adopt and fervently support.

“We need a focus on evangelism – not on another strategy or slogan, but actually doing evangelism,” Stone emphasized. “I would like to lead us to train Southern Baptists in how to share the Gospel, resource them, and then initiate wave evangelism – a unison of efforts — across the nation. We’re very diverse, and soul-winning is the one thing I believe that will unite us. There are enough different evangelistic events to fit the needs of any size and type of congregation or group of churches.”

“I also want to champion the sufficiency of Scripture,” Stone continued. “It is a doctrine Southern Baptists have long held, but recently there are uncertain sounds about this issue that are originating in many corners of the Convention. “Finally, within these emphases, I want to foster greater involvement of grassroots Southern Baptists. We acknowledge ecclesiastically that we are not a top-down hierarchy,” Stone said. “However, increasingly, we are being led by smaller and smaller groups of decision makers.

“We have always been at our best when we promote broad cooperation in shaping the direction of the Convention. We are better led by pastors and members of a local church – after all we are a convention of churches not entities.”

— Stone has served Emmanuel Baptist Church since 1996; after five years on staff, he was unanimously elected pastor in 2002.

— In a rural South Georgia town of fewer than 4,000 people, under Stone’s leadership the congregation nearly doubled in worship attendance to a pre-COVID average of more than 1,000 in attendance.

— During his tenure, the church has averaged 63 baptisms per year through an emphasis on personal soul-winning.

— Stone also has led his church to give strong support to cooperative ministries and missions, contributing more than $2.5 million through the Cooperative Program (which translates to 10 percent of undesignated receipts in 2020, $226,097 of $2.1 million, and a 25-year average of 9 percent).

— Emmanuel has been the leading contributor to the Piedmont-Okefenokee Association each year of Stone’s pastorate.

— He is the immediate past chairman of the SBC Executive Committee, having served on the search committee that called Ronnie Floyd as president.

Williams said he “could not be more excited” to share the news.

“Please join me in praying for Pastor Mike Stone and his wife, Andrea,” he concluded, urging Southern Baptists to “make your plans to be at the SBC Annual Meeting in Nashville.”

Adapted from an article published in The Christian Index by John Courtney, lead strategist for research and development with the Georgia Baptist Mission Board.

By Steve Horn, Louisiana Baptists executive director Jesus reminds us that we should always pray and never give up (Luke 18:1). Today’s ruling from the Supreme Court serves as a good reminder of that truth. For almost 50 years, American Christians from various denominational backgrounds have been praying and … END_OF_DOCUMENT_TOKEN_TO_BE_REPLACED