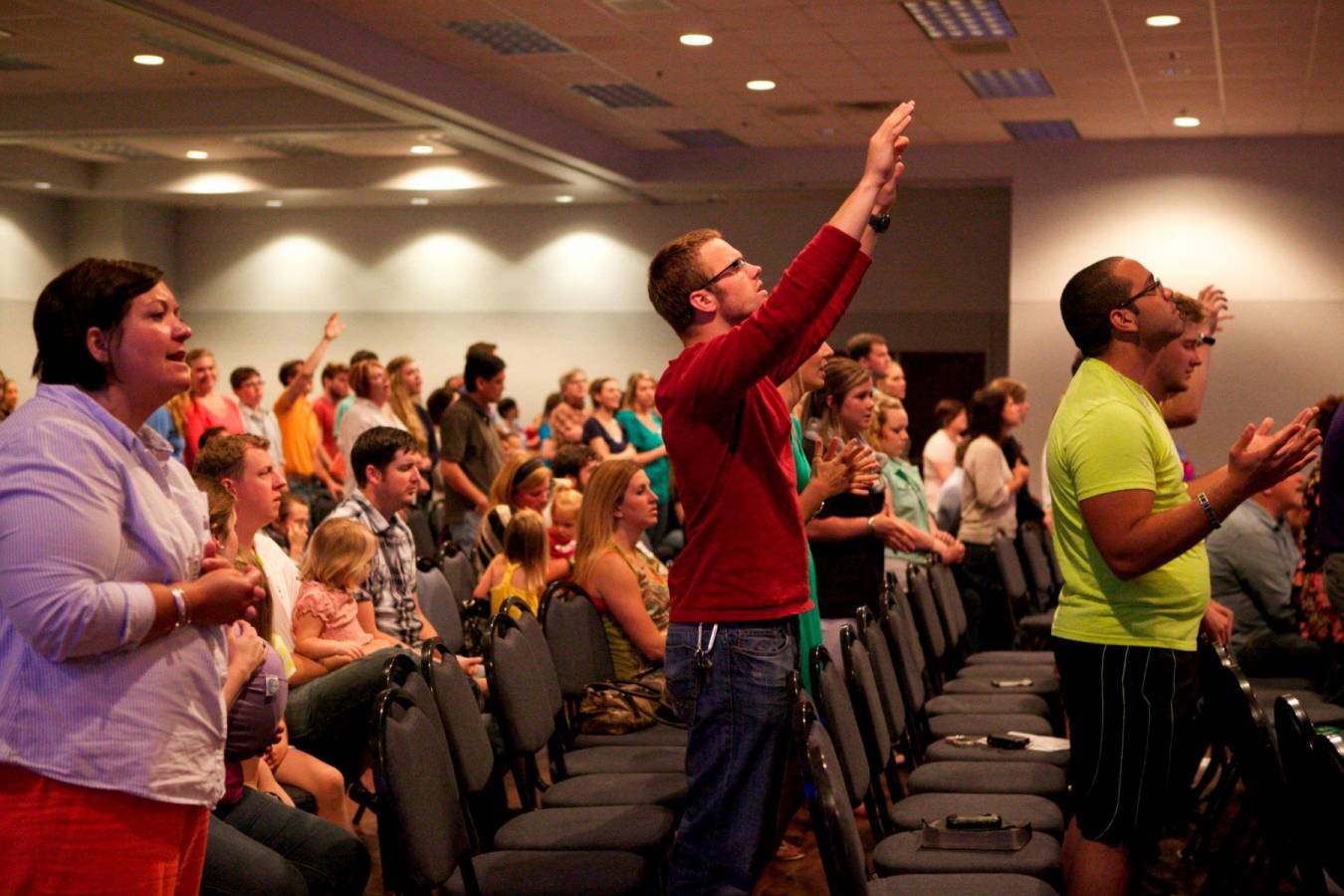 PINEVILLE – God is revealing Himself in a new way through The Gathering Place church.

“Two years ago in November, I attended a conference where the speaker spoke about becoming a ‘sending’ church,” said Whatley. “The idea was to always be looking to send people out to plant new churches in your area, state, or wherever.”

Whatley said when the church outgrew its existing building he wanted to follow the traditional trend of most churches and just build a new building or, perhaps, relocate the entire church to a bigger location.

“It was very satisfying to think about expansion in that way. It would have made me look successful and the church proud,” said Whatley.

But as hard as it was for Whatley to let go of the old ways, God had spoken and he began to follow God’s Call. He first took the idea to the elders, who began to pray about it, and then it was brought before the congregation where the idea received 100 percent affirmation.

Upon surrendering to God’s wishes, he [Whatley] felt an immediate peace about the decision and after a few weeks couldn’t see the church doing it any other way. In fact, after only four weeks of separation, people began to step up into leadership roles.

While the concept of multiple campuses was new to the Central Louisiana community, having multiple campuses  had been done in other places. The Gathering Place two campuses plan will continue with the mission of the church which is continue to plant more churches, train new pastors and prepare their congregations to ‘GO.’ This will also continue sending out missionaries with money that would have been spent on a new building.

“It was amazing to see God at work and his plans for our people, especially those assuming leadership positions,” said Whatley.

The church’s two campuses include a building in the Wardville community and another on Highway 28 West in Alexandria. Whatley pastors the church on 28 West while Eric Johnson, one of the church elders and the former dean of students at Louisiana College, assumed the pastorate in Wardville.

Like Whatley, Johnson also felt called by God to participate in this change while at the same time being called into pastoral ministry.

“I really didn’t know what would happen with the church going to two campuses. I just knew that this was what God was leading us to do,” said Johnson. “On top of all that was taking place, Glen also asked me to pray about taking on the role of being a pastor.”

Even though he had such a heart for collegiate ministry, Johnson, after much prayer, decided to follow where God was directing him to go. He left his job at Louisiana College.

“I fully support the mission of LC and Christian higher education,” said Johnson, “and because of that my leaving the school was a little bittersweet for me.”

Despite the hectic transition – changing jobs, location of church, and even to having a baby – Johnson and his family managed because they were confident in where the Lord was leading them.

Whatley and Johnson were not the only ones who were so open to change. The members of The Gathering Place enthusiastically embraced the change and the move.

“There is always a culture of change at this church and we were very careful to listen to what God was telling us.” said Whatley about the congregation, “What I’ve learned is when you walk in God’s plan His people are going to follow not reluctantly but willingly with excitement.”

Casey Knotts, one of the members, felt God calling his family to the Wardville location.

“I was thrilled to be a part of the rebuilding and watch life pour back into Wardville,” said Knotts. “I couldn’t wait to see how the Holy Spirit would work in the community even through the lives of our little children who have been very helpful in the rebuilding and getting involved.”

The church on 28 began meeting right away and had a total of 68 committed people, including children, in the congregation. The building at the Wardville campus was available for worship in early August after some work was completed.

By the end of the year, Whatley expects both locations to be growing while fully serving both communities.

“I love that two separate communities are exposed to the grace, love, kindness and every other good quality that is our Jesus,” said Knotts.

The congregation of The Gathering Place are not looking to follow models of other churches and are not asking for others to use this one as a model. They have listened to the call of God and are following where He leads.

“We just want to encourage every church to just open up their eyes and minds to the possibilities of doing something new,” said Whatley, “because a lot of times our paradigms stop us from seeing new possibilities that God might open up.”