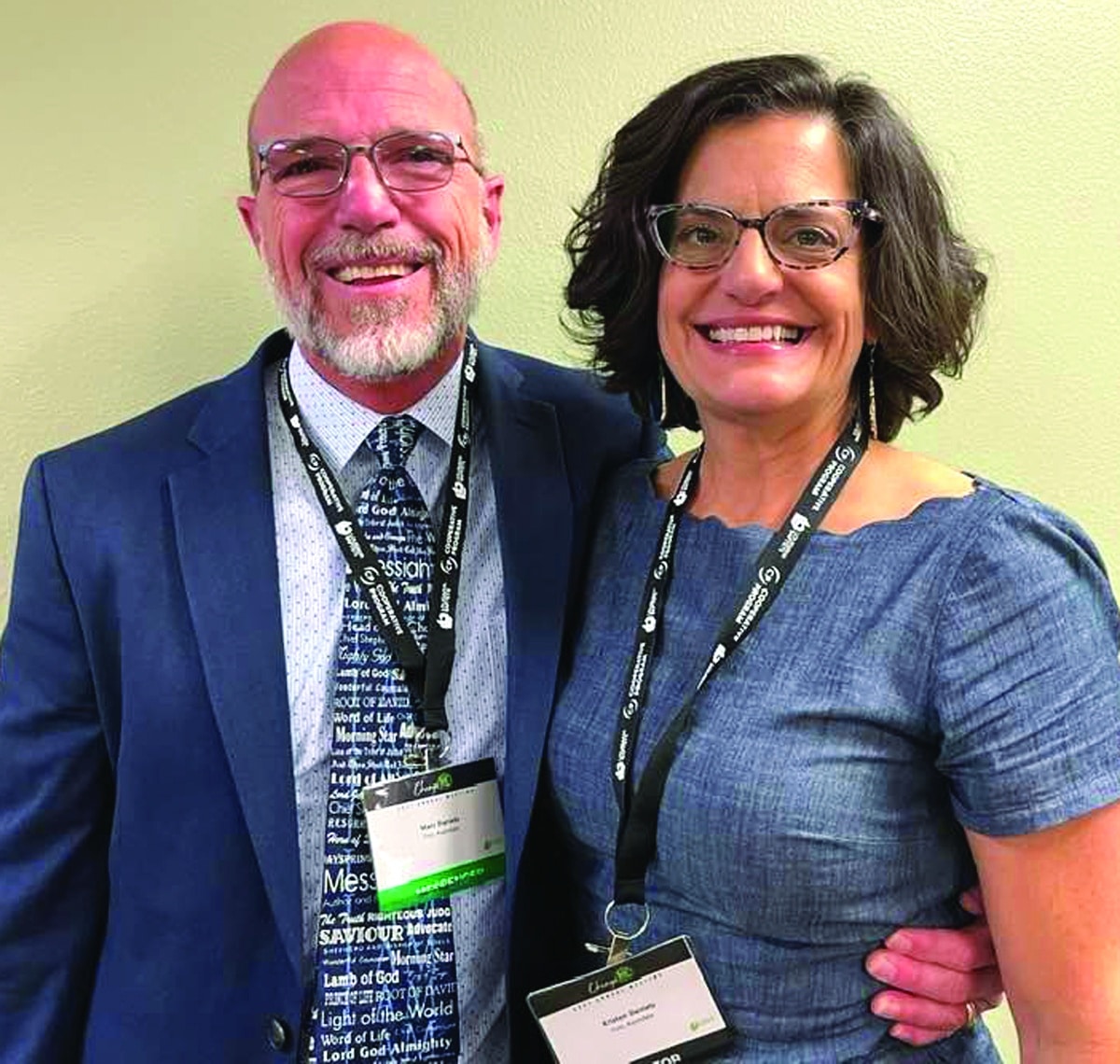 AVONDALE, La. (LBM) – Marc Daniels was a Jewish-turned-atheist searching for biblical truth when he found his answer with the First Baptist Church, Avondale, during a return trip from his honeymoon.

His wife, Kristen, had grown up in the church and frequently prayed for him to accept Christ. After hearing a Sunday school lesson about the Roman centurion who acknowledged Jesus was Lord, Daniels realized he needed to do the same on Aug. 29, 1992.

The day not only changed his spiritual eter- nity but paved the way for his return to the church eight years later — as pastor.

“Jesus was astonished at the centurion and scolded the crowd for their lack of faith,” Daniels told the Baptist Message. “That connected with me. knowledge about the Bible, but knew I needed to make a decision to walk away or surrender to Christ. I opened the door to Jesus, and everything changed.”

In 2021, Daniels was named a Louisiana Baptist Convention Exemplary Bi-vocational Pastor of the Year for his dedication to his church and secular job (professor of biology at William Carey University, Hattiesburg, Mississippi).

Three years after he made the decision to fol- low Christ, Daniels was completing a postdoctoral fellowship at Vanderbilt University, Nashville, Tenn., when he received a vision from God that he would preach the Gospel one day.

For the next six months, Daniels filled the pulpit at the church where he and his wife attended in Hen- dersonville, Tenn.; and at FBC Avondale when they returned for family visits. But then requests to preach stopped for a six-month period. Daniels felt frustrated but told God if this was the extent of the call, he would be obedient. God then showed him in another vision that he would be the pastor of FBC Avondale.

In 1999, he and his family moved to New Orleans Baptist Theological Seminary.

A year later the pastor of FBC Avondale announced he was leaving to serve an- other congregation, open- ing the door for Daniels to fill the pulpit at the same church where eight years earlier he had accepted Christ.

“When I became pastor, I just had no doubt God told me I would be there at least 10 years,” Daniels said. “I only go where God shows me; and ever since then God has never let me

out of Avondale. I don’t know how long I will be here, but I know God is in this 100 percent.”

Daniels said he is thank- ful for a faithful con- gregation of 35 that has seen their worship center sustain significant damage from Hurricane Ida on Aug. 29, 2021. The high winds ripped off half the roof, sending in water to the worship center and Sunday school spaces.

Several mission teams have assisted in clean up, but the church still needs skilled volunteers to re- place sheetrock, paint walls and install flooring.

Until they can move back into their facility, the congregation is worship- ping at the original worship center on campus.

Jack Hunter, New Orleans Baptist Association executive director, said he is inspired by Daniels’ com- mitment to his church and the secular job to which he commutes two days a week from Avondale.

“I once asked, ‘Marc, why haven’t you just moved to Hattiesburg?’” Hunter recalled. “His reply was immediate and matter-of-fact: ‘God called me to pastor Avondale.’

“In order to live out God’s call, Marc travels to a neighboring state to teach science to college students,” he continued. “But his best gifts are for Avondale where he meets needs, proclaims the gospel, teaches the full counsel of God, and cultivates a missionary heart in his people. His fellow pastors and the sister churches of NOBA rejoice that God called this self-described ‘Jewish kid’” into his Kingdom, and to pas- tor Avondale.”

By Jill Waggoner, ERLC WASHINGTON, D.C. (ERLC) - Richard Land served as the president of the Ethics & Religious Liberty Commission from 1988–2013. Prior to his time at the ERLC, he worked in a variety of church and political roles, many of which were involved closely with the modern pro-life movement in its … END_OF_DOCUMENT_TOKEN_TO_BE_REPLACED