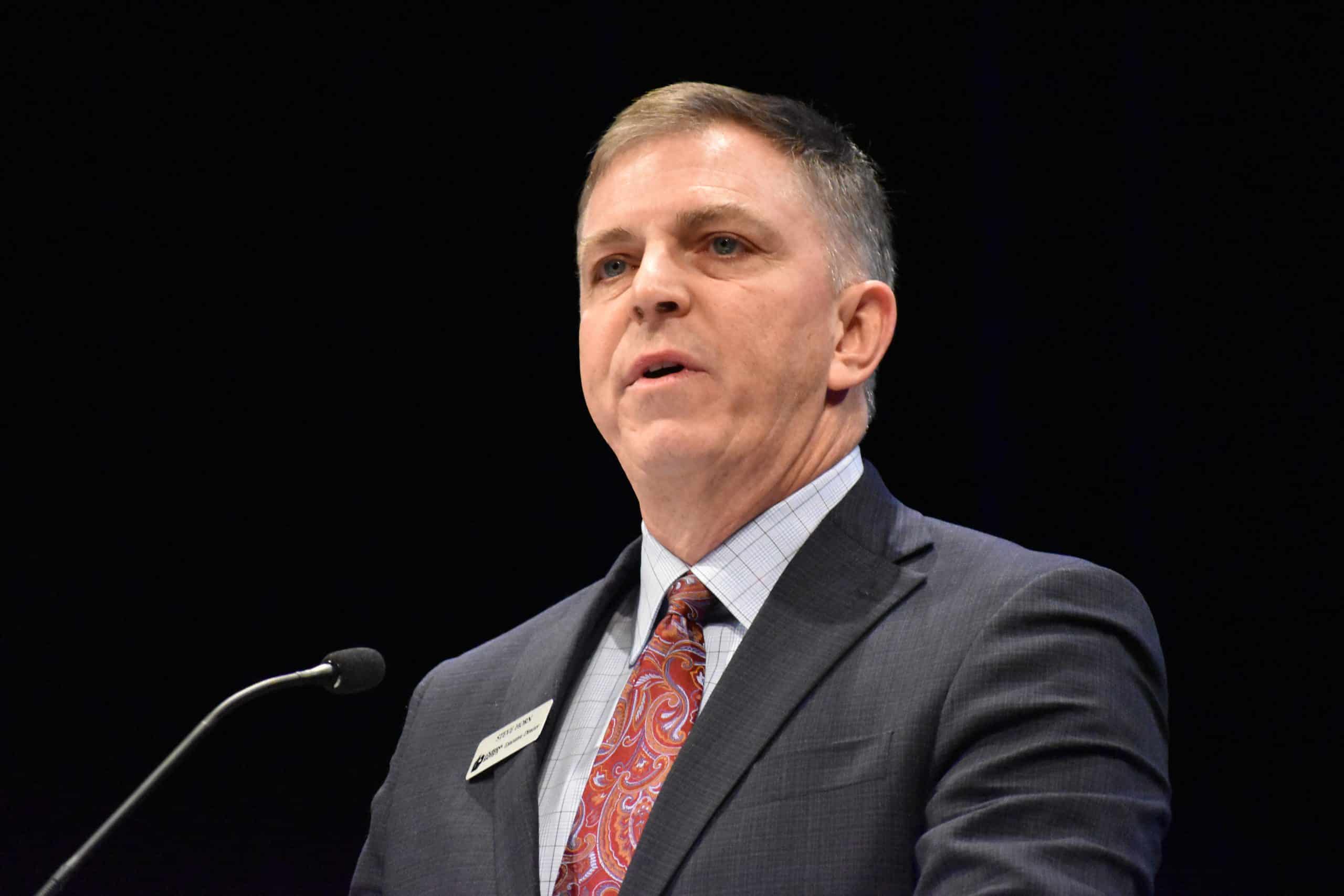 Originally scheduled to take place in Greensboro, North Carolina, the SBC Executive Committee, in April, voted to change the location to New Orleans, which has the meeting space to accommodate a larger crowd.

“By the providential hand of God, the annual meeting of Southern Baptists has been adjusted to come to our state in 2023,” he said. “I don’t believe anything is by accident. Let’s believe that the reason that the SBC annual meeting has been moved to New Orleans is to have maximum Gospel impact in New Orleans and the entire region surrounding New Orleans.”

Horn encouraged Louisiana Baptists to participate in Crossover, a large-scale evangelistic effort held before the SBC Annual Meeting, and the North American Mission Board SERVE Tour, an effort that seeks to involve participants in service projects as the foundation for evangelism the weekend before the SBC Annual Meeting. LBC staff will help coordinate sign up for both initiatives. He hopes to have a team from each association to participate in Crossover and SERVE.

Horn said he is praying for 2,023 people to be saved through these evangelistic efforts.

“We know that the harvest is ripe for abundance in New Orleans,” he said. “And, now we can say that the workers in that harvest are going to be more than usual at least for this abbreviated time. We cannot miss this strategic opportunity.”

During the annual meeting, messengers adopted an amendment to the Louisiana Baptist Convention Articles of Incorporation that allows a church to contribute solely to state causes and still be considered an LBC congregation. Previously a church was required to support Southern Baptist causes in order to be “in friendly cooperation” with the LBC.

Louisiana Baptist Executive Director Steve Horn, also speaking as a messenger from Calvary Baptist Church, Alexandria, noted he was in favor of the change. Horn said the change is not about redefining the Cooperative Program.

“The Cooperative Program is not Louisiana Baptists’ definition,” he said. “It is the Southern Baptist Convention’s definition. So, we could not change the definition of the Cooperative Program. We are not seeking to do that with this particular article change. We are merely seeking to keep engaged the churches that have already made the decision and asked us not to send their gifts, through to us, to the Southern Baptist Convention.”

Twenty-seven of about 1,600 Louisiana Baptist congregations have instructed that their cooperative missions and ministries contributions are to be used only in the state with none of their gifts to be forwarded to the Southern Baptist Convention.

The LBC Executive Board addressed the issue during a Sept. 27 meeting, adopting the now approved amendment to the Louisiana Baptist Convention Articles of Incorporation. During the discussion then, Horn said this move would strive to “strike that balance of honoring their requests while at the same time continuing to promote the ideal that we are better together with our Southern Baptist partners.”

Dale Goodman, messenger and pastor, Chase Baptist Church, submitted a motion “that the budget committee … include $2,500 allotted to the Baptist Nursing Fellowship,” and asked that churches and associations be encouraged to promote the organization.

Tim Post, messenger and pastor, Bethel Baptist Church, Bastrop, submitted a motion “that LBC churches have the ability to negatively designate up to two items and still be considered giving to the Cooperative Program.”

Goodman’s motion was referred to the Executive Board. The motions by Rogers and Post were debated, but defeated by messengers through raised ballots.

Messengers approved five resolutions: thanking God for the Supreme Court’s pro-life ruling in Dobbs v. Jackson; protecting children from permanent physical harm of sex change surgeries and drugs; protecting Louisiana’s youth from the harms of marijuana; providing a Christian response to those experiencing mental, emotional, relational and addiction issues and expressing appreciation for all who contributed to the annual meeting.

The allocation formula for distributing CP gifts between the Southern Baptist Convention and Louisiana Baptist causes remains unchanged, 63.26 percent to support ministries in the state and 36.74 percent forwarded to fund national entities.

All three men were given individual votes of acclamation by the Convention – a single ballot cast by the LBC executive director in view of no opposition to any of the candidates.

By JT Waresak I'm not a huge New Year's resolution guy. However, as a new year begins, it is another opportunity to raise the bar in my effort to be the best dad I can be. I'm also reminded that the opportune time to pour into my sons and daughters is limited to a couple of precious decades. This is not to say … END_OF_DOCUMENT_TOKEN_TO_BE_REPLACED