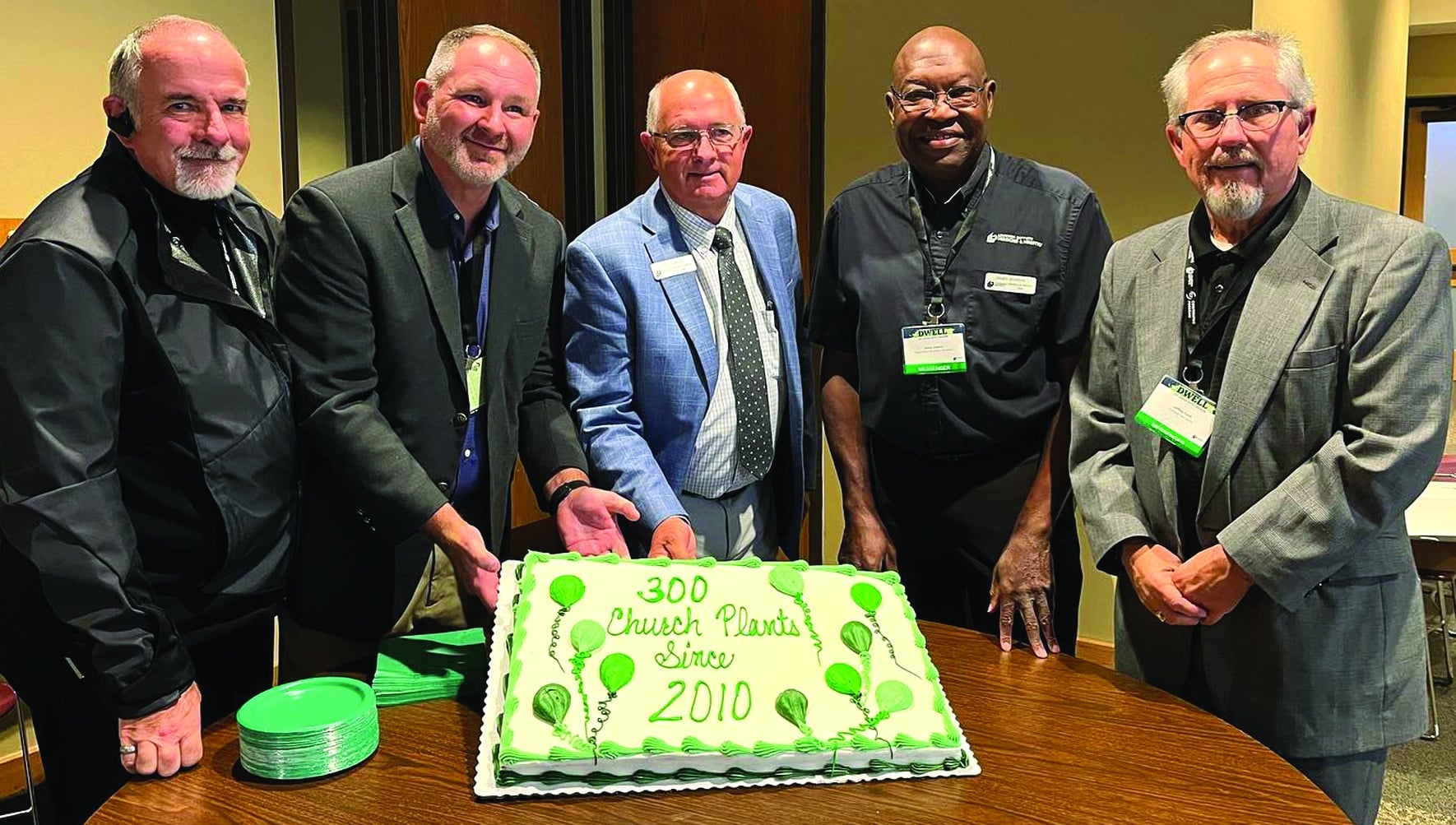 ALEXANDRIA, La. (LBM) – John Hebert has always been a team player — first as a standout basketball player for Rapides High School in Lecompte, where he was named Most Valuable Player at the 1973 “Top 20” state tournament, to the present day.

But after years of shunning individual attention, his record of service and personal achievement is in the spotlight after he announced his retirement date of December 31, 2022. Hebert shared his intention, Nov. 2, to end his 23 years of official service to Louisiana Baptists, the last 11 as team director of the LBC Missions and Ministry team.

“It has been quite a ride,” Hebert told the Baptist Message. “I just feel it is the right time.”

He joined the Louisiana Baptist staff on Oct. 18, 1999, working in the New Work Division/Department under Mike Canady. “It was basically compassion ministry,” Hebert said.

But he would be challenged six years later when Hurricane Katrina hit New Orleans in August 2005 and the storm surge breeched the levees in two places, ravaging the Lower Ninth Ward with catastrophic flooding.

A month later Hurricane Rita slammed into the state.

Reeling from the double whammy, Louisiana Baptists still rolled up their sleeves and went to work, and Hebert was right there working alongside thousands of volunteers.

The response for the victims of Katrina and Rita was massive as the state and numerous Baptist disaster relief volunteers from across the country responded. Most of the recovery efforts targeted New Orleans, which lost 50 of 140 Louisiana Baptist congregations along with the damages to homes and businesses. But help also was needed in Southwest Louisiana which suffered catastrophic flooding and severe wind damage, and Hebert became the LBC’s “point man on the ground.”

“I was uniquely qualified because I had a business background, trucking experience, knew the world of transportation and I knew a lot of people in and around the state,” Hebert said. 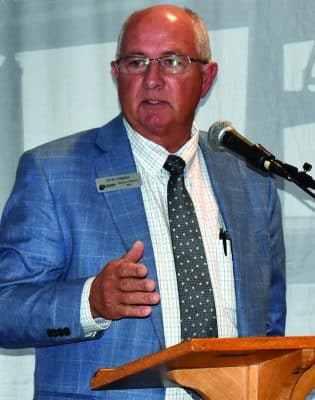 Louisiana Baptist Missions and Ministry Team Director John Hebert
thanks colleagues and other friends for their support during the Missions
and Ministry luncheon at the Louisiana Baptist Convention Annual Meeting Nov. 15. Hebert is retiring Dec. 31. Philip Timothy photo

He also had a tenacious work ethic that allowed him to help with coordinating the two massive cleanup operations.

It proved to be good on-the-job training as Hebert would face three major hurricanes in the next three years. In all, Hebert said, he has dealt with 12 major storms, 100-year flooding in Central and Northeast Louisiana and a 1,000-year flood in South[1]east Louisiana.

“And we can’t forget two major ice storms not to mention countless tornadoes, tropical storms and depressions,” he said. “Disaster relief has come a long way in Louisiana. Of course, with all these storms we have had a lot of practice.”

Hebert said Louisiana Baptist Disaster Relief has learned on the run, and grown in experience to:

— develop an incident command center staffed by all Louisiana volunteers;

— re-establish a strong volunteer base after losing so many workers following the 2006 floods; and

— reinvigorate the nation’s only mission builder program in the country. The program was started by Don Mabry.

On Jan. 1, 2011, he went from “point man” to the “guy in charge” when promoted to team director of Missions and Ministry by former Louisiana Baptist Executive Director David Hankins.

“When I took over, I brought a white board into the office and we would use it like my coach (Rick Huckabay) used one when I played basketball. At first, they weren’t too sure about it but now they run to the board with updated numbers from any project we are doing.”

The Missions and Ministry team has put up some impressive numbers on that board as well as some ambitious goals, such as planting 300 churches in 10 years by the year 2020. Three major hurricanes and two years of pandemic restrictions delayed reaching that milestone by two years, but on Tuesday, Nov. 15, Hebert and his team celebrated the establishment of the 300th congregation at the 175th LBC Annual Meeting.

“I helped Dr. Hankins to formulate and then initiate this plan which was part of the President’s 2020 Commission Report,” said Hebert. “The focus of the goal was two-fold, reach New Orleans and do more with people groups, especially the Spanish population which was and is the fastest growing group in the state.”

Hebert also is proud of the 10-3-1 strategy the team has developed for church planting.

This simple formula forces leaders to develop a 10-year goal based on a three-year strategy that is driven by a one-year schedule.

“I believe it will become a national strategy,” Hebert said.

Hebert said his team has seen Louisiana Baptists’ church plants blossom since 2010, as evidenced by:

— 2,739 in average worship attendance (composing 12 percent of all current worshippers in LBC churches);

Hebert also said the diversity of the new congregations (55 percent have been non-Anglo, and 14 different people groups have been engaged) is also a good sign of health and growth for Louisiana Baptists.

Additionally, Hebert said he is extremely proud of the work of the Women’s Ministry.

“They are doing a wonderful job of focusing on engaging women, teens, children and preschoolers in missional living as well as securing funding through the Georgia Barnette State Missions Giving. We may actually hit our goal of $1.7 million this year and it is all due to the efforts of Christine (Gill) and her team. Praise God.”

Hebert, who has hired all but two members on the present Mission and Ministry team, said whoever takes over will be in “good hands.”

“I am totally blessed to have worked with some of the most talented and gifted people around,” said Hebert. “I would put this team up against anyone. They are hardworking, dedicated and focused on serving Louisiana Baptists.”

Louisiana Baptist Executive Director Steve Horn took a moment of personal privilege, Tuesday, at the annual meeting to wish Hebert well in his retirement and to give credit where it is due.

“I don’t know if many of you know or not, but John Hebert is retiring at the end of this year. While I will miss his humor, his hard work and seeing him daily, I suspect he will find his way back to the building often. I know that you will join me in thanking John for his friendship and years of service to Louisiana Baptists.”

A humbled Hebert received a standing ovation from the messengers.

Later at the Missions and Ministry luncheon he told a large crowd that he “gives God all the glory.”

Asked what his future plans were, Hebert told the gathering, “I think I will eventually work on church revitalization but for now I have the best squirrel dog I have ever had, and I plan on spending some time in the woods hunting.”