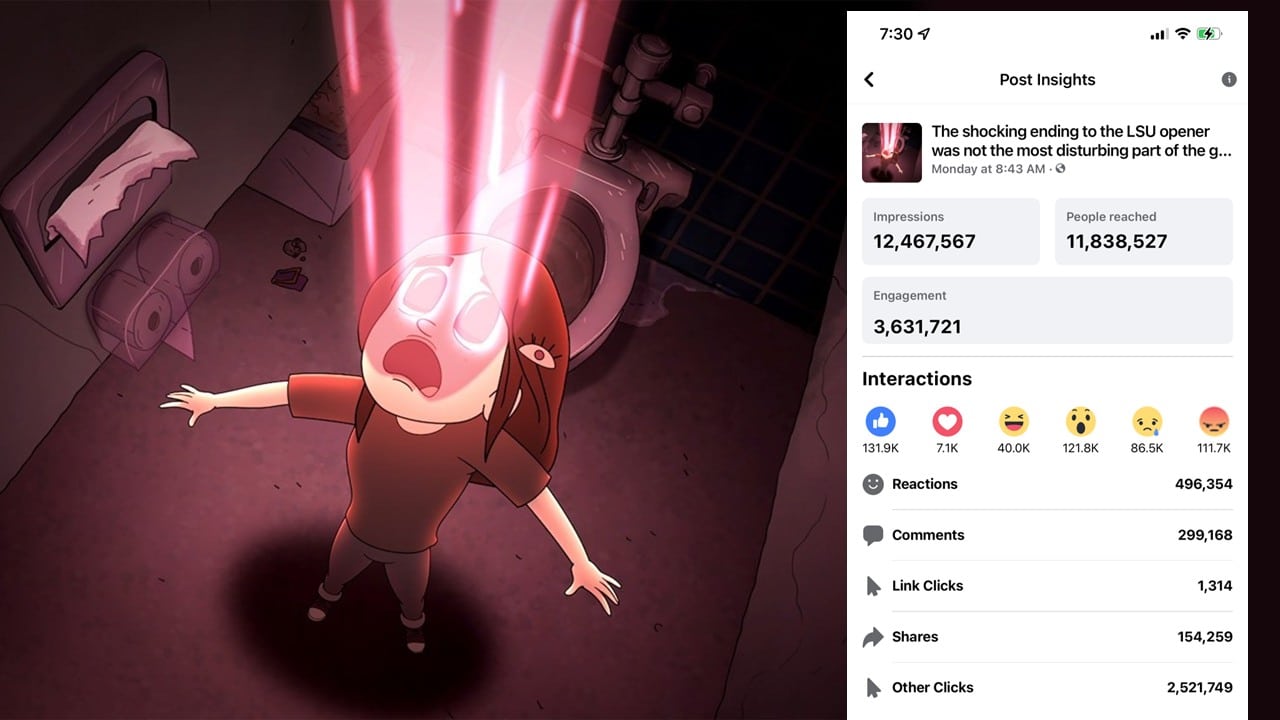 Congressman Mike Johnson shared on Facebook his concerns about the show "Little Demon" that was previewed during the Florida State-LSU football game Sept. 4, 2022, on ABC.

WASHINGTON (LBM) – A Facebook post by Congressman Mike Johnson warning families about the new FX cartoon “Little Demon” has reached more than 12 million people and been shared more than 157,000 times since Sept. 5.

Johnson, who represents Louisiana’s 4th Congressional District and is a member of Cypress Baptist Church, Benton, shared his concerns about the show that was previewed during the Florida State-LSU football game Sept. 4 on ABC.

According to the FX website, the show features a “reluctant” mother and her antichrist daughter as they try to live an ordinary life in Delaware. However, they are “constantly thwarted by monstrous forces, including Satan, who yearns for custody of his daughter’s soul.”

Johnson, who has made four other Facebook posts about the show, said he was shocked Disney, which owns and markets FX, would expose so many individuals including children such as his own 11-year-old son to a trailer about a cartoon that has elements of satanism, graphic violence and profanity.

“When I saw the trailer, I was alarmed,” Johnson told the Baptist Message. “It was not expected, and I couldn’t get to the remote fast enough to shield my son from it. I wondered how many millions of other children saw the commercial and how many will be drawn to the show. This was so far over the line.”

Johnson noted his social media posts have not called for censorship, new legislation, government action or even a boycott of Disney or FX, although he does personally agree a boycott is appropriate. Rather, his aim with the posts was simply to warn other parents to be careful.

An organization affiliated with the American Family Association, One Million Moms (a nationwide coalition of conservative mothers), has also launched a petition asking Disney to cancel the series. The petition has received more than 30,800 signatures since it began.

Johnson said he has been encouraged by the millions who have voiced their opinion and taken a stand against this sort of evil. He said Christ followers must continue to exercise their right to free speech and “speak the truth in love.” (Ephesians 4:15)

“I will be faithful to the King we serve and be a parent on guard,” Johnson said. “It’s time for us to speak up. Every conscientious Christian has an obligation to do that.

“We are called to be salt and light,” he continued. “We can stand together and make a difference.”