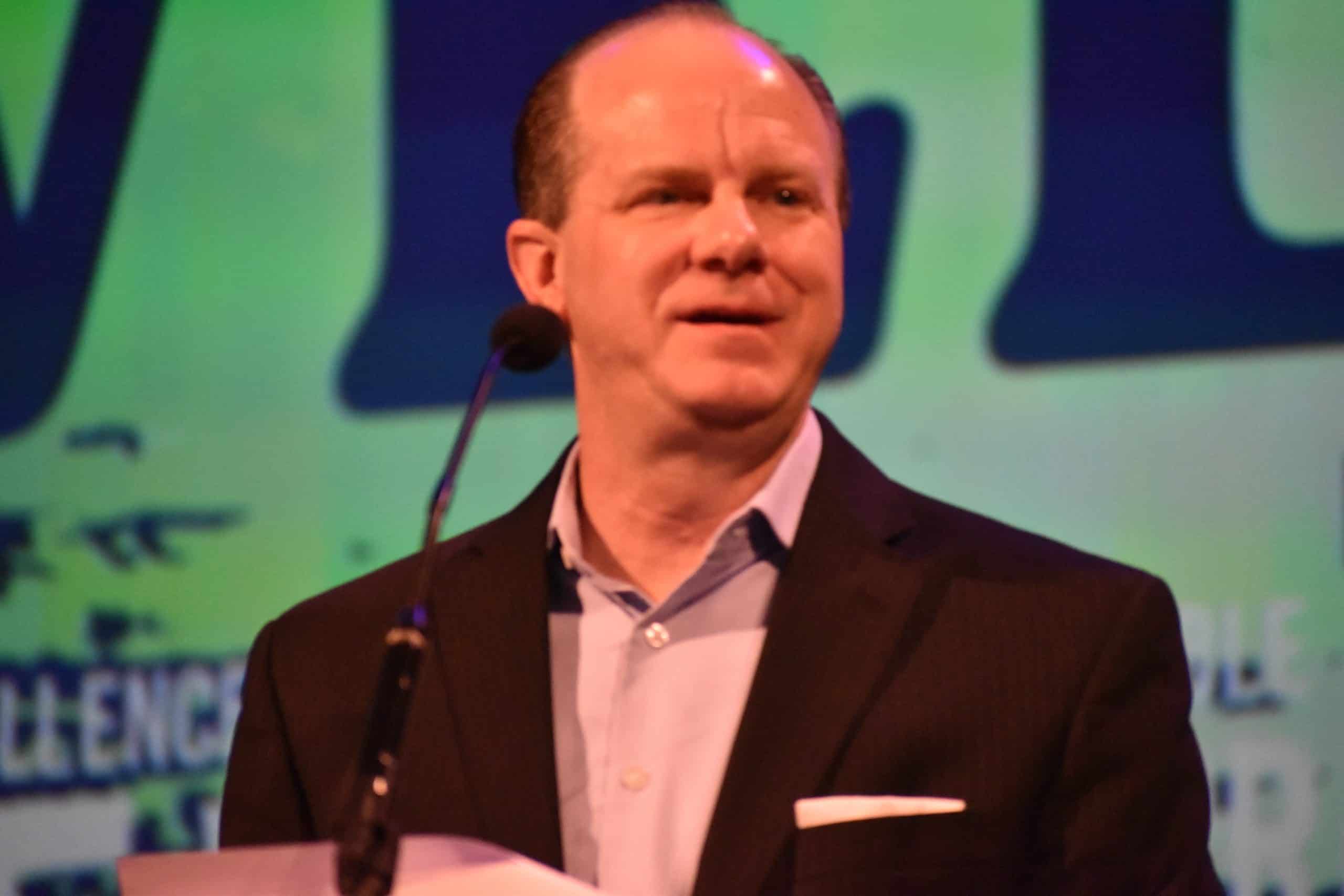 Steed announced the LBF has launched Giving Gateway, an initiative that helps churches and individuals build a legacy and develop a giving culture through various options that will impact future generations for Christ. More information can be found at giving-gateway.net.

He reported more than $2.2 million in special gifts set up during the last 12 months have benefited churches and other ministries, and that the Foundation’s short-term fund during that same timeframe yielded more than $1.9 million for church and other ministry accounts. Furthermore, $20.9 million in ministry support overall has been realized since the July 2020 launch of the LBF’s Vision200 (with a goal of impacting the Kingdom with $200 million through the LBF in 20 or fewer years).

Louisiana Christian University President Rick Brewer shared how God has bestowed many blessings on the school.

During the 2021-22 academic year, LCU celebrated: accreditation reaffirmation with no findings of non-compliance from the Southern Association of Colleges and Schools Commission on Colleges (the regional accrediting body); success by its athletic program after a transition in sports classification from the NCAA to NAIA; and updates to classrooms.

Brewer reminded messengers LCU is a Christ-centered university that is intentional about teaching students to make a difference for Christ in the culture through coursework, seminars and professors who are passionate about Jesus.

“The faithful Christian university does not merely teach evangelism and missions,” he said. “No, it is driven by them.”

Baptist Message Executive Editor Will Hall pointed messengers to the entity’s budget in the Book of Reports and reported the auditor’s comment that the news service’s finances are “in excellent shape.” Hall also directed messengers to another page that contained a write-up about how his team has provided extensive coverage about issues, personalities and events that impact the lives, work, homes and ministries of Louisiana Baptists.

He also previewed projects for 2023, noting the special coverage that will be given to how Louisiana Baptists use events leading up to the Southern Baptist Convention, slated in New Orleans, to reach the lost for Christ. Additionally, the Baptist Message is planning a special edition (that will be distributed at the SBC) that will highlight Baptist work in the state with features about the pastors, evangelists and church planters who are leading Louisiana Baptists in soul winning.

Hall, who also serves as the director of the Convention’s Office of Public Policy, said Louisiana Baptists enjoyed key state legislative victories in 2022, and led the crowd in celebrating the Supreme Court decision that overturned Roe v. Wade as well as the subsequent state ban on abortion.

“Since that Supreme Court verdict was handed down in June, almost 2,600 Louisiana babies have been saved from abortion to this day,” Hall said.

He noted there are 15 Louisiana Baptist lawmakers in the House and eight in the Senate, and he said most have worked with the Office of Public Policy to pass good laws and oppose bad legislation.

“I want you to understand the difference that you make and are making with the resolutions that you pass on moral issues, social concerns and religious liberty,” he said. “You are helping change the culture in our state as a community of faith known as Louisiana Baptists.”

Louisiana Baptist Children’s Home and Family Ministries President and CEO Perry Hancock shared that he is thankful Louisiana Baptists care about seeing others come to Christ, specifically citing the entity’s Connect1Child foster care and adoption ministry; Minister Care Residential Program (for LBC pastors in transition and SBC missionaries on stateside assignment, transitioning to a new ministry, or retiring from missionary service); HomePlace ministry for homeless women and their children; and Granberry Counseling Centers. He also praised the ministry being done in partnership at the Haitian Children’s Village built by Louisiana Baptists.

He said that in 2021 the entity ministered to more than 8,000 children, families and individuals in need.

“Thank you for caring,” he said. “Because you care, it’s making a difference.”

By JT Waresak I'm not a huge New Year's resolution guy. However, as a new year begins, it is another opportunity to raise the bar in my effort to be the best dad I can be. I'm also reminded that the opportune time to pour into my sons and daughters is limited to a couple of precious decades. This is not to say … END_OF_DOCUMENT_TOKEN_TO_BE_REPLACED