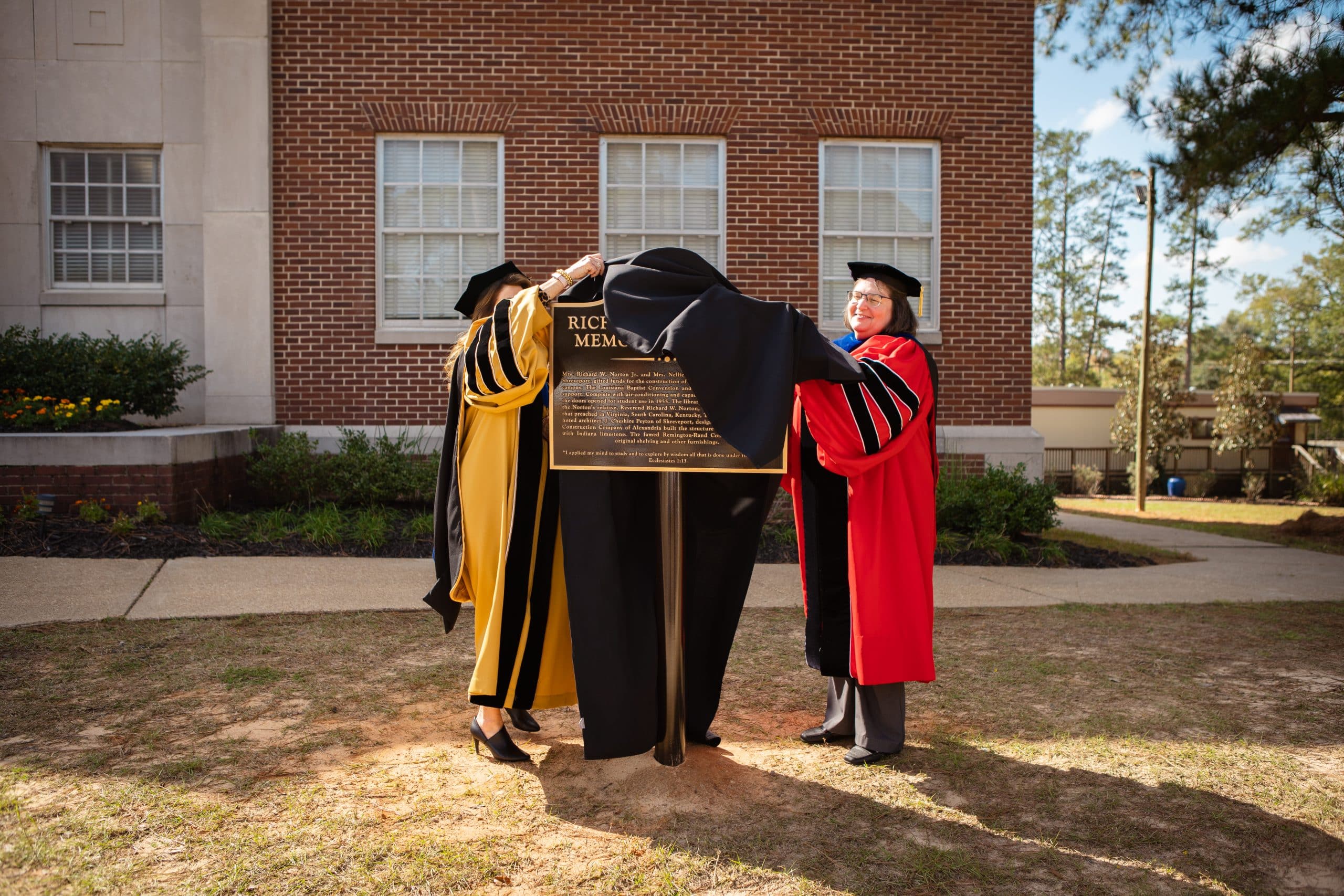 The unveiling took place at the library which is named after Norton.

“In the early 1950s, almost 70 years ago, two members of the Norton family of north Louisiana, Mrs. Richard W. Norton Jr. and Mrs. Nellie Norton Smitherman, both ladies from Shreveport, gifted substantial funds for the construction of the first free-standing library on our campus,” LCU President Rick Brewer said. “Construction finished in time for the 1955-56 academic year.”

Henry Robertson, professor of history at LCU said Norton received a college education in Virginia and at Furman College in Greenville, South Carolina. He preached in churches across Virginia, South Carolina, Kentucky, Tennessee and Texas.

During the first years of his ministry, he comforted Southern soldiers during the Civil War as a chaplain for a Tennessee regiment by helping soldiers at hospitals with their letters home, and blessed those who were marching off to battle.

Following his war service, Norton’s ministry stretched for decades and included pastoring many churches where he reached thousands for Christ.

Norton’s descendants were leaders in the early 20th century oil and gas industry and used a large amount of that money to not only establish the Richard W. Norton Memorial library but also the R.W. Norton Art museum in Shreveport.

“That museum and our library are the most important testaments of a desire of the Nortons to endow the world with improvements in the quality of life for all Louisianans,” Robertson said. “What they did there and here in Pineville was truly transformational. We are especially grateful for our library and the Norton’s belief in liberal arts Christian higher education.”

The Louisiana Baptist Convention and several churches also provided funding for the Norton Library, which was designed by Shreveport architect J. Cheshire Peyton and built by Tudor Construction of Pineville.

“The Tudor family has been an integral part of this university from our beginnings in 1906 and now for over a century,” Brewer said. “Their donations, construction excellence and service has given us the library masterpiece and several additional campus buildings over the decades.”

By JT Waresak I'm not a huge New Year's resolution guy. However, as a new year begins, it is another opportunity to raise the bar in my effort to be the best dad I can be. I'm also reminded that the opportune time to pour into my sons and daughters is limited to a couple of precious decades. This is not to say … END_OF_DOCUMENT_TOKEN_TO_BE_REPLACED