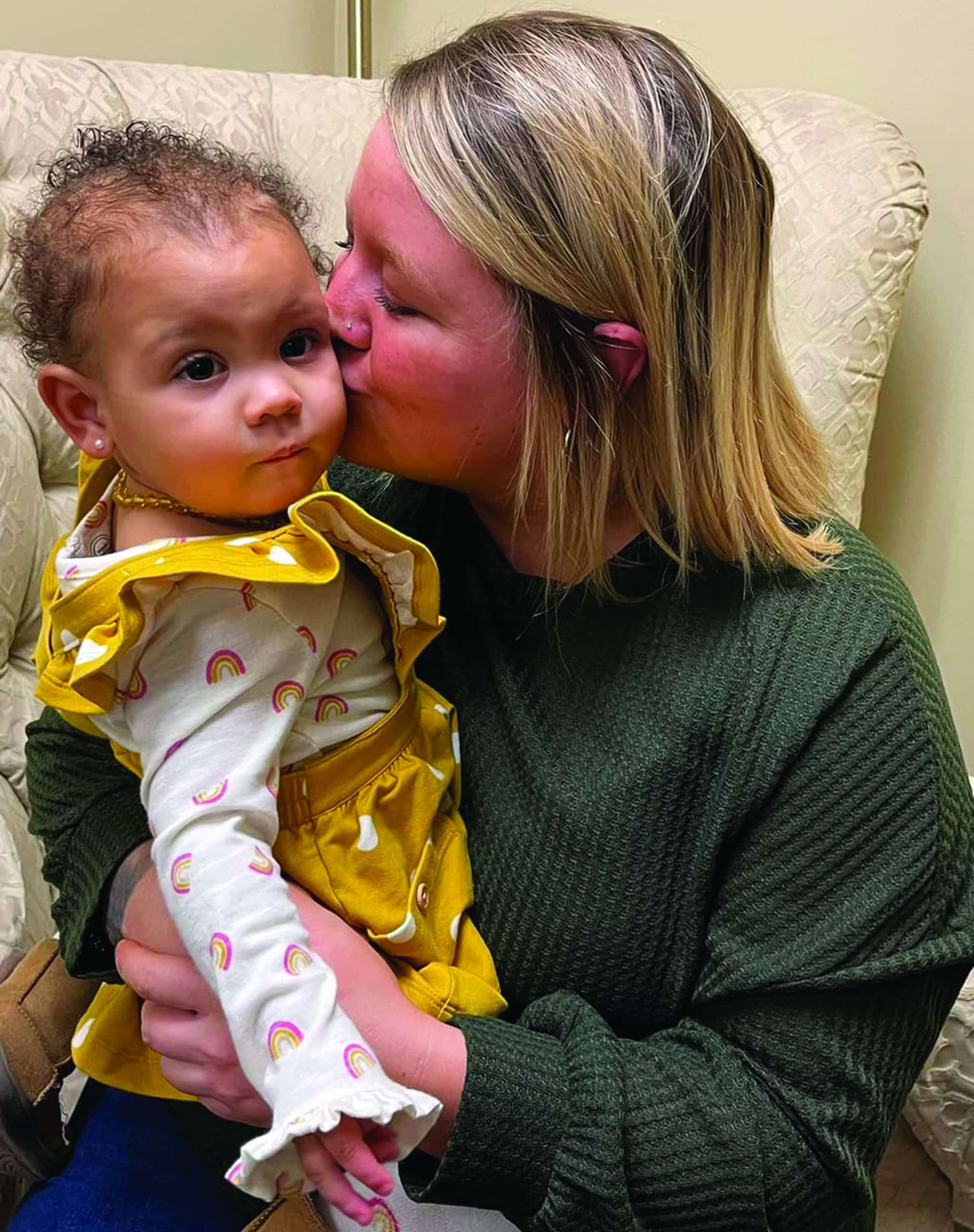 Miranda Underwood embraces her daughter, Phaelyn, at the CENLA Pregnancy Center in Alexandria. The ministry helped to steer Underwood to a life-giving mindset. Brian Blackwell photo

ALEXANDRIA, La. (LBM) – Miranda Underwood walked into the CENLA Pregnancy Center scared and in denial that she was pregnant. But she walked out with hope and a life-giving mindset.

“The first day I found out I was pregnant, abortion crossed my mind, but I knew it was never the right thing to do,” Underwood told the Baptist Message. “When I walked into the CENLA Pregnancy Center, I was at the darkest moment in my life. But when I left, I knew it would be the greatest moment and everything would be okay.”

Underwood was told by others that she would struggle to succeed as a single mother. Unsure where to turn, she reached out to family members, who referred her to the CENLA Pregnancy Center.

She said the February 2020 visit changed her life.

The staff encouraged her and gave her a journal entitled “Hope.”

Importantly, they shared a photo of baby Phaelyn that was taken by ultrasound; and she realized at that moment everything would be okay.

“It was a sign from God that this was meant to be,” she said. “Everything happens for a reason.

“I appreciate what each lady has done, from the smiles to being very sweet to being there for me in my most vulnerable time,” she continued. “The hugs and welcoming feeling you get is rare. It’s genuine love here. Here they want to know how you are doing, still 15 months later.”

Throughout her pregnancy, the staff continued to contact Underwood. They hosted her for motherhood preparedness classes, helped her find a pediatrician and obstetrician–gynecologist, and donated items for her unborn child. 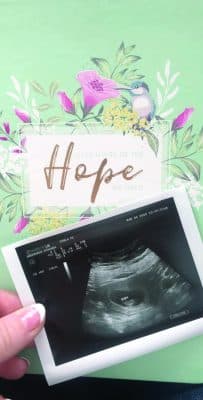 An ultrasound photograph and a “Hope” journal reminds Miranda Underwood she was doing the right thing to choose life. Submitted photo

For most of the pregnancy, Phaelyn’s father remained uninvolved. However, just before her birth (October 2020) he embraced his role as a father and has remained active in Phaelyn’s life, since.

Today, Underwood is thriving as a mother. Moreover, she has a job at the RoyOMartin-Plywood manufacturing facility in Chopin and owns a home and a car.

“I wouldn’t take this experience back for anything,” Underwood said. “It’s the best feeling being a mom. I wish everyone could have a kid to have that feeling. It’s more of a blessing than I imagined.”

More than 200 churches of multiple Christian denominations worked together to establish the pregnancy resource center, a non-profit, pro-life organization to provide compassionate support to women and men faced with difficult pregnancy decisions.

First Baptist Church, Pollock, began praying in January 2014 about setting up a pregnancy care center in central Louisiana. By December 2016, a nine-person board of trustees had been formed, with members, then, from Big Creek, Central Louisiana and North Rapides Baptist Associations. Then a $1 annual lease was signed in 2017 for use of the 5,660-sq.-ft. facility, a $72,000 annual benefit provided by the Louisiana Baptist Convention.

“Miranda showed great courage when she sought out services from us in a moment of much fear and confusion,” Lemoine said. “To know that the ministry was part of she and her Phaeyln’s journey is such a gift to each one of us who labor here.”