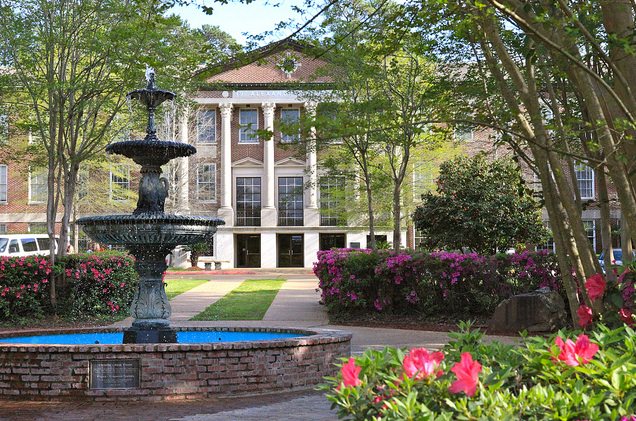 PINEVILLE (LBM) – Louisiana College President Rick Brewer has notified the Council of Christian Colleges and Universities that the Louisiana Baptist school has withdrawn its membership from the organization.

The issue involves a policy passed by the CCCU board of directors which endorses so-called “Fairness for All” legislation which would add sexual orientation and gender identity to the list of federally-protected classes while also articulating protections for churches and religious organizations.

The CCCU describes itself as “a higher education association of more than 180 Christian institutions around the world” and states its mission is “to help our institutions transform lives by faithfully relating scholarship and service to biblical truth.

According to CBN News, Shirley Mullen, vice chair of the CCCU board and president of Houghton College, explained the CCCU position on LGBT protections as one of practicality for Christian higher education.

“[W]e are increasingly persuaded that the most viable political strategy is for comprehensive religious freedom protections to be combined with explicit support for basic human rights for members of the LGBT community,” she wrote in a position paper provided to the National Association of Evangelicals, a collaborator with CCCU in pushing for the controversial legislation.

However, Shapri D. LoMaglio, vice president for government and external relations for the CCCU, compiled an extensive justification for the CCCU position and appeared to suggest balance was the key issue, not necessarily the protection of religious rights.

“Fairness for All could preserve more freedom for more Americans into the future,” she wrote in the online CCCU Magazine.

Moreover, she framed her position around a supposed need to “reestablish a positive perception of religious freedom,” which she claimed has been diminished “in large part because of the struggle around LGBT rights.”

“[W]e hope that by not just fighting for ourselves, but by also using our political power and privilege to stand up for the rights of our LGBTQ neighbors, loved ones, brothers, and sisters, we can help reclaim the Gospel’s witness, reminding all citizens – including those holding views different from ours – that Christ and the good news he brought are for everyone,” she summarized on behalf of the CCCU.

But some conservative Christians are calling the proposed compromise “a solution looking for a problem.”

Writing in the Christian Post, Dave Welch, president of the U.S. Pastor Council, called the FFA legislative initiative by CCCU and NAE “a  dangerous situation that is at its core a hostile rejection of God’s created order of male, female, marriage, church, moral law and civil law.”

The USPC grew in national fame in 2015 when it helped lead the repeal of the Houston Equal Rights Ordinance that would have allowed biological males to violate the privacy of biological females in public bathrooms and showers.

Welch said equating “race, religion and (biological) sex to sexual behavior and mental instability” would open up a legal “Pandora’s Box” and in the end would result in “special rights for a few.”

“Christians who still actually believe and follow the authority of the entire canon of Holy Scripture” would be at risk of “civil and criminal punishment,” he said.

In his letter to CCCU President Shirley Hoogstra, Brewer strongly objected to the action taken by the CCCU board.

“Sometimes the answer to such matters is to agree to disagree,” he wrote. “But the import and impact of the ‘Fairness for All’ initiative calls for Louisiana College to respectfully disagree with the CCCU’s stance.”

Describing what had been a “long and beneficial relationship” with CCCU, Brewer ended all ties, saying “by conviction I cannot endorse the ‘Fairness for All’ initiative nor be willfully associated with any entity that does.”

On Feb. 1, Greta Hays, CCCU director of communications and public affairs told the Christian Post no member institutions had dropped out of the CCCU because of its stance on “Fairness for All” legislation. However, Brewer shared with the Baptist Message that Louisiana College’s withdrawal notice was sent Jan. 9 and CCCU had responded that it would make the necessary changes to the organization’s various databases that list member schools.