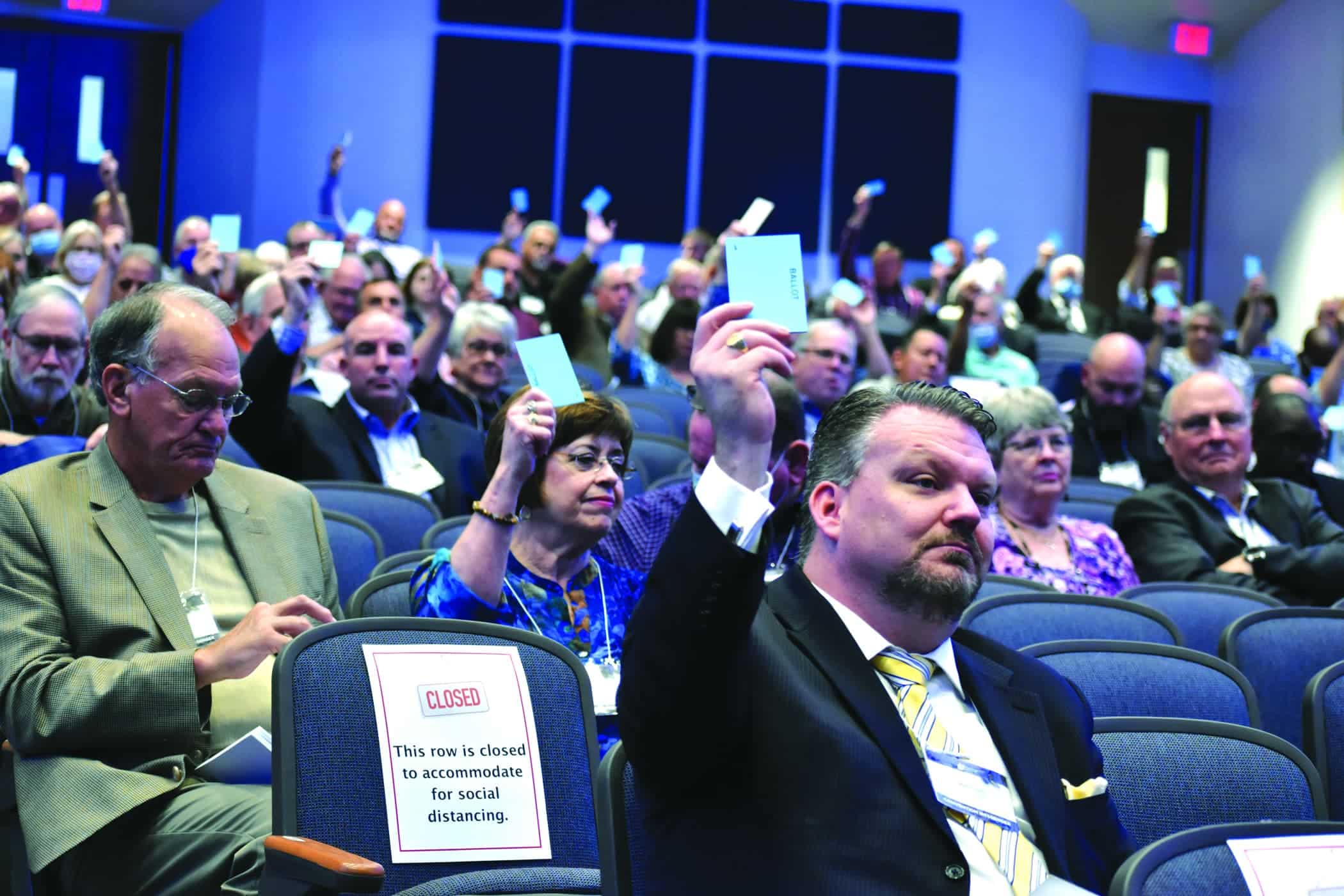 Messengers at the 2020 Louisiana Baptist Convention annual meeting adopted the‘Gospel Resolve’ resolution and approved a new organizational structure for Louisiana College that will reduce the size of its board from 33 to 21 over the next five years. Messengers also approved amendments to the LBC’s governing documents, primarily adding provisions for operating during emergencies. Brian Blackwell photo

PINEVILLE, La. (LBM) – The Committee on Resolutions presented a single resolution “On Gospel Resolve” and the Committee on Moral and Social Concerns Committee addressed Critical Race Theory and Intersectionality in a separate report at the Louisiana Baptist Convention 2020 Annual Meeting, Nov. 10, at Louisiana College in Pineville.

Committee on Resolutions Chairman Steve McAlister, pastor of Westside Baptist Church in Natchitoches, said the committee considered possible resolutions, including one against Critical Race Theory and Intersectionality – which have become hot topics since messengers to the 2019 Southern Baptist Convention in Birmingham, Alabama, adopted Resolution 9 which describes these two controversial Marxist concepts as “analytical tools subordinate to Scripture” to “aid in evaluating a variety of human experiences.”

In the end, McAlister said, the committee decided that a single resolution drafted by Steve Horn, Louisiana Baptist executive director, was preferred in the face of overcoming the obstacles of multiple hurricanes, the COVID-19 pandemic and political tensions related to hotly contested national elections. McAlister said once the state began to experience disasters such as Hurricanes Laura and Delta, Horn asked McAlister to consider the impact of passing one joint resolution on the Gospel.

“I have to tell you that took me back a little bit — not because I had spent a bunch of time researching issues – but the thought of there being only one resolution in the midst of all the issues that our country and Convention were facing,” he said. “It took me a little while to get on board. But as I began to pray about that and began to consider the proposed resolution that you have in front of you, I began to really see that the Gospel is the answer to all of the problems.”

McAlister said a resolution against Critical Race Theory and Intersectionality had been considered by his committee and he described it as an “excellent resolution.” But, he said, ultimately “the committee voted to present to you one resolution, ‘On Gospel Resolve,'” and he urged messengers to adopt it as “a sign of our commitment to the Gospel above all.”

He added that he did not think anyone on his committee supported either Critical Race Theory or SBC Resolution 9.

One messenger offered a friendly amendment – to strike “one and only” from the ending statement (“RESOLVED, that we display our commitment and unity by adopting this one and only resolution.’) – in order to avoid the appearance of dissuading the submission of resolutions in future years.

There was an offer on the platform to add “this year” instead of the deletion. But, in the end the original wording was adopted overwhelmingly by a show of ballots.

Following the adoption of the resolution, LBC President David Cranford, pastor of the First Baptist Church in Ponchatoula, assured messengers of his commitment to see something done about SBC Resolution 9.

Just prior to the Committee on Resolutions report, Brian Gunter, pastor of the First Baptist Church in Pollock, addressed Critical Race Theory and Intersectionality during his report as chairman of the Moral and Social Concerns Committee.

Gunter said passage of Resolution 9 by messengers to the 2019 SBC Annual Meeting has caused concern among many Louisiana Baptists specifically because the two philosophies that were adopted as “useful tools” by the SBC are actually an expression of Marxist doctrine and incompatible with Scripture. 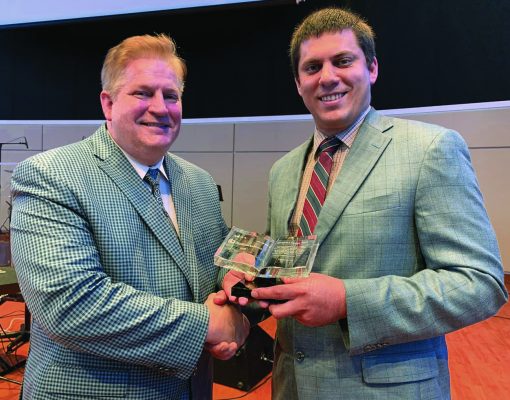 Will Hall, director of the Office of Public Policy and executive editor of the
Baptist Message, presents Brian Gunter, pastor of First Baptist Church in Pollock and chairman of the Committee on Moral and Social Concerns, with the Shammah Courage award. Brian Blackwell photo

He asked Louisiana Baptists to stand with the committee against the two ideologies.

“We even see these controversial theories [of Critical Race Theory and Intersectionality] creeping into churches and into denominations and into institutions of higher learning; and we as the Moral and Social Concerns Committee want to urge the Louisiana Baptist Convention and our churches to stand against these secular ideologies,” he said. “The problem with Critical Race Theory is that it states that people of various skin colors are not brothers and sisters in Christ but that some people have privilege over others — and by virtue of their skin color that they are somehow inherently racist. We do not believe this is biblical. This contradicts what Scripture states.”

“The white man and the brown man and black man are brothers,” he said. “We are descended from Adam and Eve. We should not be divided by the color of our skin. This culture is trying to tear our churches apart and we need to stand against it.”

But Gunter also made a special emphasis about passage of the Love Life Amendment, explaining that it is now a constitutional guard that protects Louisiana’s pro-life laws.

“The Love Life Amendment states that nothing in the Louisiana Constitution shall be construed to secure a right to an abortion or the taxpayer funding of abortion,” he explained. “In other words, there is nothing in the state constitution that protects the abortion industry.”

“We have passed very strong pro-life laws over the years in Louisiana. We are praying that one day soon – and I believe that it will happen soon – that Roe v. Wade will be overturned by the United States Supreme Court.”

With our state laws and the Love Life Amendment, when Roe v. Wade is overturned, Gunter said, “no child in the state can be killed by abortion from the moment of conception, the moment a woman becomes pregnant.” 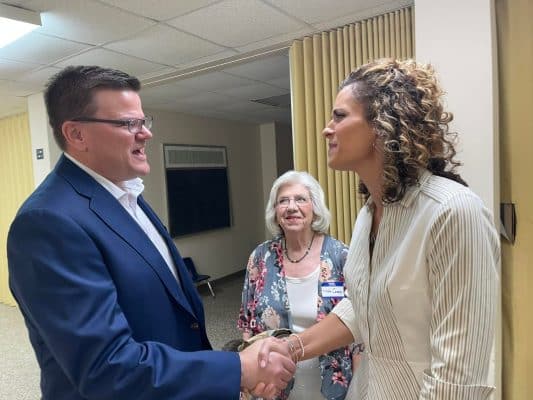 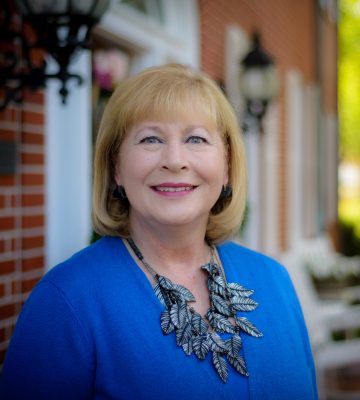