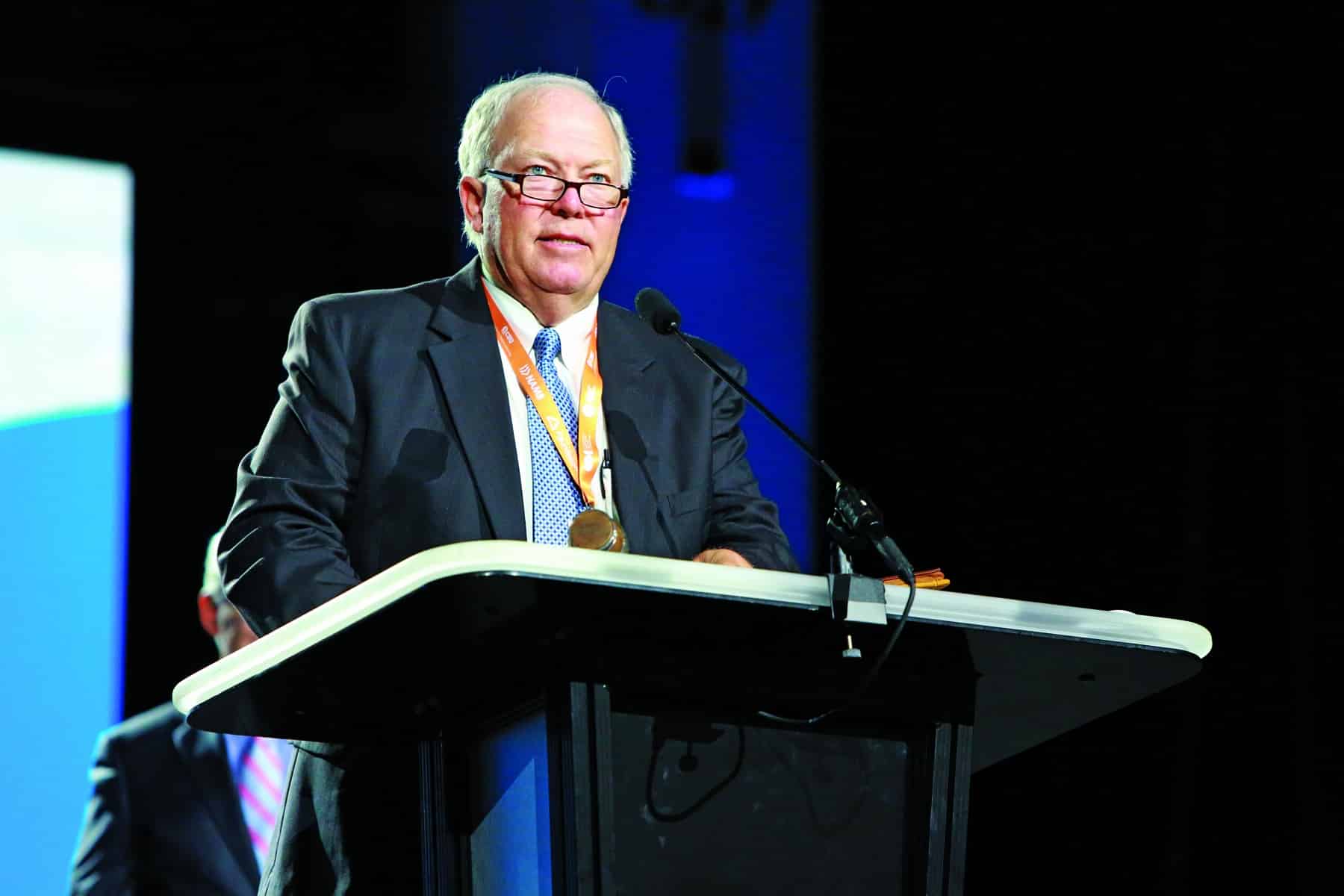 Steven Bates, chairman of the committee on order of business and a member of First Baptist, Winnfield, instructed messengers about how to properly submit a motion at the 2022 Annual Meeting, June 14. Van Payne/The Baptist Paper photo

ANAHEIM, Calif. (LBM) – During the June 15 session of the 2022 SBC Annual Meeting, messengers voted against a recommendation that would have abolished the Southern Baptist Convention’s Ethics & Religious Liberty Commission. It was among 34 motions presented during the meeting, June 14-15, in Anaheim, California.

Joshua Scruggs, a messenger from Bethlehem Baptist Church, Jacksonville, North Carolina, moved for the ERLC’s elimination, saying some of actions of the ERLC have caused “needless divisions among Southern Baptists.”

Brent Leatherwood, acting ERLC president, said the entity takes the Gospel and truth to the public square and contended the ERLC was needed more than ever, especially with a decision soon by the U.S. Supreme Court that could overturn Roe v. Wade, the landmark case that legalized abortion.

“I admit that there has been frustration with the various personalities and stances over the years,” he said. “I hear you. When I was given this role, I told our team let us double down on our mission. Because regardless of the personality leading at any given point, our mission remains the same – to equip our churches to ap[1]ply Christian principles to the moral and social problems of the day.”

Richard Land, ERLC president from 1998-2013, also urged messengers to vote against the motion.

“I cannot imagine a more damaging moment for the SBC to defund the ERLC, just at the precise moment where after nearly 50 years of effort we are on the verge of having Roe v. Wade overturned,” he said. “That will immediately lead to a battle in all 50 states and the state legislatures. Southern Baptists will be leading that charge,” Land emphasized. “The ERLC is perfectly primed to be a resource to be a help and to help share information among the 50 states.

“Southern Baptists have a unique voice in Washington and around the world because of the ERLC,” Land said. “To defund the ERLC because you’re unhappy with some of what they have done would be like taking a cannon to destroy a mosquito. The mosquito dies but there are calamitous consequences overall.”

The following motions were determined to deal with the internal operations or ministries of Convention entities. Under SBC Bylaw 26B, these motions are automatically referred to the appropriate SBC entities who must respond to messengers of the 2023 SBC Annual Meeting:

— To Southeastern Baptist Theological Semi[1]nary, a motion by Michelle Lesley, Woodlawn Baptist Church, Baton Rouge, that an investigation be made of a case of mishandling sexual abuse by employees of SEBTS.

— To Southern Baptist Theological Seminary, a motion by Dwight McKissic, Cornerstone Baptist Church, Arlington, Texas, to study and report on the removal of any names of individuals associated with the school who were connected to “chattel slavery.”

— To all seminaries, a motion by Ryan Ogle, Union Missionary Baptist Church, Cleveland, Tenn., calling for the creation of a library science program.

The following motion was referred to the Abuse Reform Implementation Task Force, which has yet to be named:

The following motions were referred to the Executive Committee for consideration:

— Parker Roberts, Mt. Moriah Baptist Church, Troy, Ala., moved to amend the Baptist Faith and Message Article I to add the phrase “therefore the Scriptures hold the ultimate authority over the Southern Baptist Convention, the church, and the individual and therefore hold the final say in doctrine and policy.”

— Timothy Livingston, First Baptist Church, Piedmont, Okla., moved to amend the bylaws to allow for the slate of recommended consensus statements from the Resolutions Committee to be prepared and published earlier than they are now.

— Bill Tackett, Deer Creek Baptist Church, Stroud, Okla., moved that Bylaw 26b be amended to insert the words regarding disposition of motions to avoid conflicts of interest by not referring an investigation to “the very institution” which would be investigated.

— Michael Law, Arlington Baptist Church, Arlington, Va., moved that the Convention amend the bylaws about examples of cooperating churches to include “does not affirm, appoint, or employ a woman pastor of any kind.”

— Toby Brogden, First Baptist Church, Calhoun, Tenn., moved that the EC study the use of all communication forms for communicating with all messengers.

— Rob Collingsworth, Redemption Story Church, Fort Worth, Texas, moved that a work group be formed to study the editorial independence of Baptist Press.

— Jerry Watts, New Hope Church, Foxworth, Mass., moved that a legal study be made about the polity and relationship of the larger body of messengers and the entity trustees.

— Jay Adkins, First Baptist Church, Westwego, moved that the recording secretary be removed as a member of the Executive Committee.

— Jason Sampler, Mercy Hill Church, Kennesaw, Ga., moved that Bylaw 15 be amended regarding trustee selection to disallow anyone who has served two full terms on the board of an entity, commission or Executive Board from being on the board beyond that time, though that person may serve by virtue of a separate office.

— Keith Myer, Harvest Baptist Church, Salisbury, Md., moved that a day be added to the SBC Calendar to raise aware[1]ness of “abuse of any kind.”

The following motions were ruled not in order as they directed an entity or conflicted with the Convention’s governing documents:

— David Um, Antioch Baptist Church, Cambridge, Mass., moved that a task force be formed to audit use of funds by the North American Mission Board.

— Corey Smith, Heritage Baptist Church, Shreveport, moved that Lifeway provide teaching resources related to the covenant sign of the rainbow to counteract the promotion of the LGBTQ+.

— John Jones III, Cadet Baptist Church, Cadet, Mo., moved that the International Mission Board provide a freedom of conscience exemption for missionaries regarding mandated vaccines that are tainted by aborted fetal tissue cell lines in the development, production or testing phases.

The following motions were ruled not in order as they directed the president or made a request beyond the scope of the president’s authority:

— Brant Frost, Flat Creek Church, Fayetteville, Ga., moved for the formation of a task force to study all the governing documents of the Convention and its entities.

— A motion by Kirby Shepherd, Crossroads Memorial Church, Great Falls, Mass., that the SBC boycott the Disney Corporation, was ruled not in order as it was not submitted in the form of a motion.

Baptist Press contributed to this report.