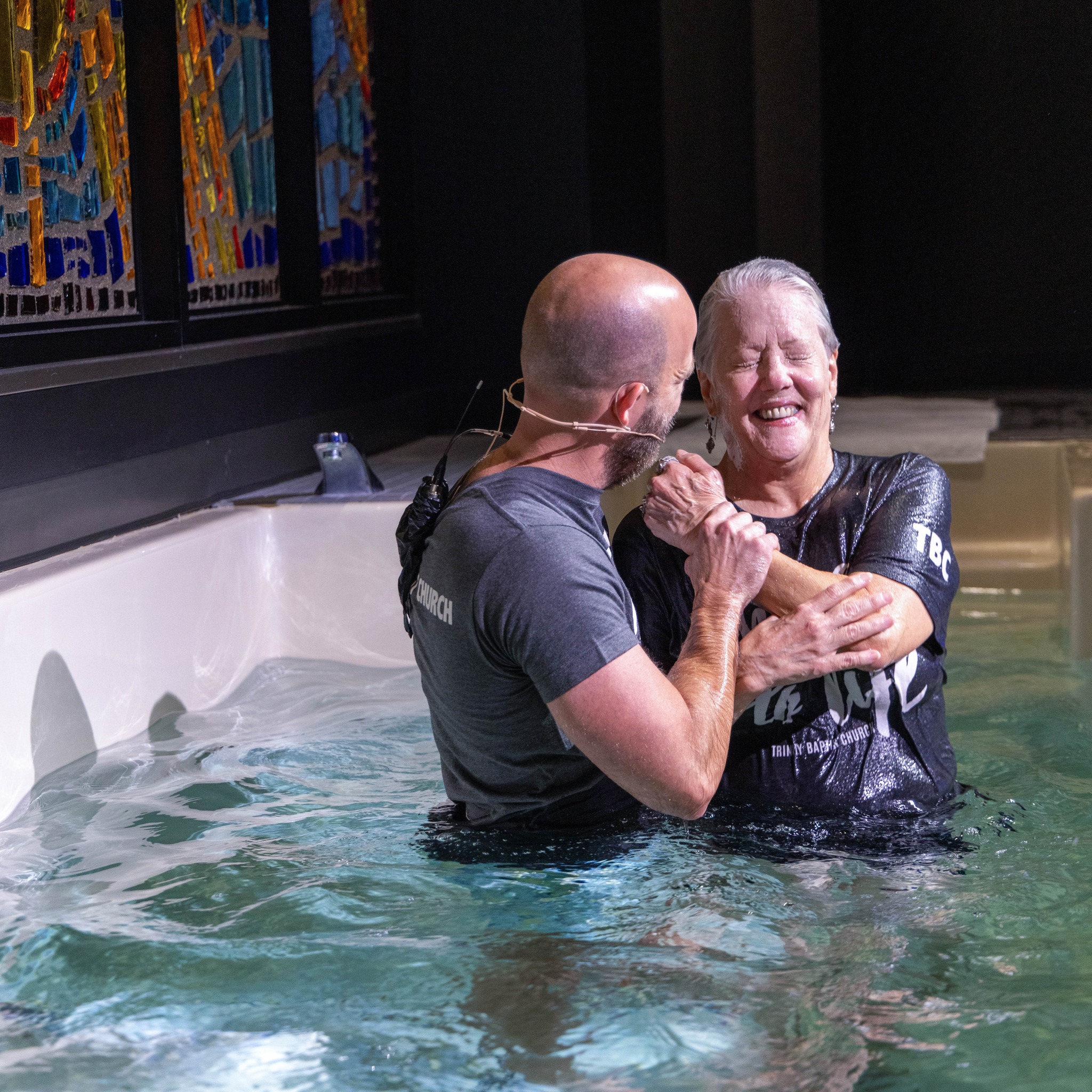 God answered those prayers with 119 professions of faith and 92 other decisions that resulted from “Revive 22.” Fifteen of these new believers were baptized during revival sessions, and overall 4,064 individuals attended and 400 volunteers participated during the four-day event.

“Some folks live a lifetime and never see the spirit of God move like that,” Pastor Steve James told the Baptist Message. “We put a lot of preparation and prayer into this and saw God touch the hearts of our people and others who experienced Him.”

“Revive 22” added to nearly two years of personal renewal among members of Trinity Baptist and an awakening among the lost population in the region.

James recognized that for the Holy Spirit to move, the congregation needed to enter focused times of prayer ahead of the revival meetings. Four weeks prior to the first revival service, members participated in the ‘Change Me’ revival guide. Written by Louisiana Baptist Executive Director Steve Horn, the booklet encourages participants to seek personal revival over a 28-day period and is based off Psalm 139:23-24.

The church also prayed specifically for the revival during Wednesday evening prayer services, even praying over the seats as well as the greeting and counseling areas. Evangelist Jay Lowder presented the messages each night, preceded by worship in song by Trinity Baptist Executive Pastor of Praise and Worship Leo Day. Additionally, there were special themes to attract crowds: steak night on Monday, fish night on Tuesday and student night on Wednesday.

After the four-day revival, more than 100 members canvassed the area to reach out to those who had made spiritual decisions. Of those they visited, Sept. 2, 31 have attended the church’s “Discover Trinity” class and 40 have been baptized.

“It was important to not let those who made a decision at the revival to leave and not have anyone follow up with them,” Evangelism and Student Pastor David Doyle said. “We wanted to make sure we walked alongside them as they took that next step so they wouldn’t fall through the cracks.”

The church, which sustained heavy damage from Hurricanes Laura and Delta, served as a hub for ministry to hurricane survivors, relief workers and law enforcement personnel during multiple natural disasters in 2020 and 2021. Disaster relief volunteers with state Baptist conventions from around the country joined Louisiana Baptist disaster relief teams, other response organizations’ workers and up to 50 Trinity Baptist members each day to use the church as a launching pad for ministry. Meanwhile, local law enforcement teams utilized the campus as a staging area, creating even greater visibility for the church’s ministries to the community.

The church, in March, collected more than $90,000 that was forwarded to Louisiana Baptist Disaster Relief, who in cooperation with SEND Relief, has used the funds to purchase emergency food supplies, shelter, transportation, medical care and hygiene kits for displaced Ukrainians. A portion also offset costs for a team that traveled to Poland in early May to minister to Ukrainian refugees.

“God has been really good to Trinity,” James said. “To have gone through two hurricanes, a flood, a freeze, tornadoes and be where we are, we walk around and raise our hands to God. I come here every week, anticipating God will do something. As I approach my retirement in August 2023, I am asking God to allow the latter days of my ministry to be greater than the former days and He seems to be doing that. It’s a joy to be a part of what he is doing.”