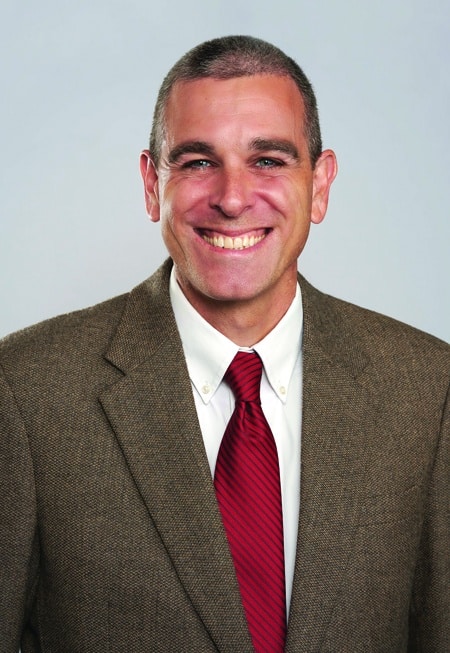 NEW ORLEANS, La. (LBM) – Since 2020, Baptist Community Ministries Chaplain Doug Daspit has been on a mission to give Christ-centered hope to the people on the streets of New Orleans.

Daspit, who joined BCM two years ago, has used even the darkest circumstances as an opportunity to shine Jesus’ light.

“Chaplaincy is a cool ministry,” Daspit told the Baptist Message. “It allows me to engage my community in places that a lot of other ministers don’t have the opportunity to step into. There have been lots of ministry conversations, people I have prayed with, individuals I have counseled with and many I shared Scripture with that I never imagined I would be able to do.”

During his time with BCM, Daspit has responded to 144 incidents, with the most memorable, so far, a May 2021 shooting outside a Mid-City coffee shop, he said.

Hearing a cry for help from a man who was shot, he issued a call via a police dispatcher, Daspit shared. Within a minute, officers and emergency medical services personnel responded. He remained at the scene to offer prayers and comfort until the victim was taken to a hospital, where he recovered. Leaving the coffee shop, Daspit thanked God for al[1]lowing him to be used for such a purpose.

“My goal in that moment was to get him help as quickly as possible, and then to be a source of peace to keep him calm in that moment,” Daspit explained. “This is what we do as chaplains. When we sign up, we know this is the kind of situations we are stepping into. To be able to pray and remind him of God’s presence was comforting.”

Daspit, a former church planter of Crescent City Community Church, New Orleans (a Baptist General Conference congregation), said responding to an incident at a crime scene can be emotionally trying but he said BCM chaplains understand they must be faithful to offer encouragement in those difficult times.

“When you walk into a crime scene you are often times walking into the worst day of someone’s life,” he said. “We have the privilege of just being there and being present in those moments.

“Just us being there is this reminder, is this symbol, to that person that God is present to them in this extremely difficult day,” he continued. “There are times where we might be there for hours and not say a lot. We are offering prayers and listening. We are a non-anxious presence and can be a source of peace with somebody in the midst of that chaos. It’s a humbling moment for us to walk into and to be present for.”

Daspit is one of five full-time chaplains who have bult strong relationships with officers in all eight districts of the New Orleans Police Department, according to BCM officials. Another six chaplains minister at hospitals and other health care facilities throughout the city.

The BCM website notes that its chaplains are theologically educated, clinically trained and nationally board-certified by either the Association of Professional Chaplains or the National Association of Catholic Chaplains.

The ministry was formed from the proceeds of the 1995 sale of Southern Baptist Hospital in New Orleans; and through the years the ministry has furthered the Gospel through partnerships formed with 150 churches and 95 non-profit organizations in the city — investing in health, education and public safety. BCM officially marked its 25th anniversary in 2020.

“The fact that BCM allows us to do this full time is a blessing,” he said. “Police departments around the country may have one full time chaplain or possibly several who do it voluntarily, but we are blessed to have five full[1]time chaplains that allows for such a fruitful ministry.”

Daspit asked Louisiana Baptists to pray for police officers who risk their lives daily on the streets of New Orleans.

“Frankly, I have been taken aback by the sheer amount of trauma they see on a daily basis,” he said. “I’ve seen firsthand how that can take its toll on them. Pray for spiritual healing and renewal for their souls.

“Secondly, pray for the welfare of New Orleans,” he said. “Jeremiah 29:7 says, ‘But seek the welfare of the city where I have sent you into exile, and pray to the Lord on its behalf, for in its welfare you will find your welfare.”

By JT Waresak I'm not a huge New Year's resolution guy. However, as a new year begins, it is another opportunity to raise the bar in my effort to be the best dad I can be. I'm also reminded that the opportune time to pour into my sons and daughters is limited to a couple of precious decades. This is not to say … END_OF_DOCUMENT_TOKEN_TO_BE_REPLACED