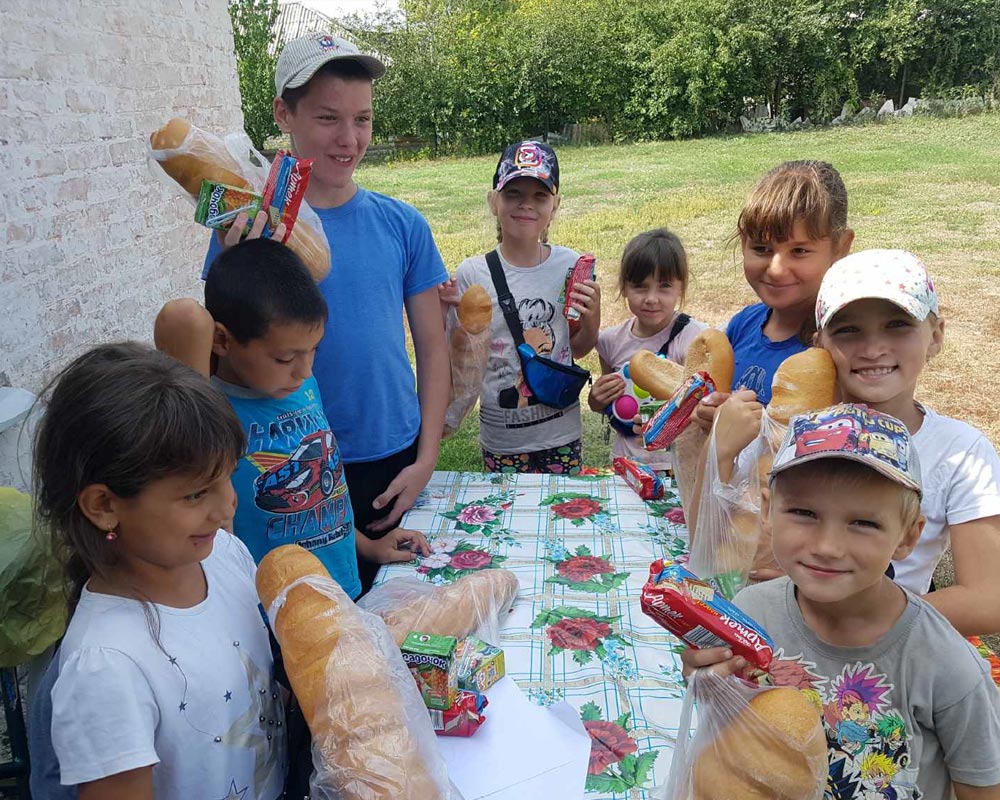 This photo is of happier days in Ukraine. Now, those in the country are fighting against Russian forces. Open Door Missions photo

WEST MONROE, La. (LBM) – Pastor Mike Holloway was scheduled to take an annual mission trip to Ukraine in February, but the recent war caused him to refocus his plans from going to giving.

Through Open Door Missions in West Monroe, more than $8,000 has been given to purchase food and medicine for Ukrainian refugees and also to financially support pastors, interpreters and Emmanuel Baptist Church in the European country, according to Holloway, who serves as president of the ministry and also is pastor of Ouachita Baptist Church, West Monroe.

“Today, I could load up supplies, get on a plane and go help them,” Holloway told the Baptist Message. “That’s how badly I want to be there. But instead of me spending money to go, I can use that money for the people and churches over there.”

Since 1999, Holloway has traveled to Ukraine and worked with Emmanuel Baptist in the Luhansk region. Volunteers from Open Door Missions helped build Emmanuel Baptist, whose members continue to meet in homes for worship and Bible study because of war-related damage to the congregation’s campus.

Holloway asked for continued prayers that the Ukrainians and churches they sponsor continue to reach their nation for Christ.

“The number one prayer needed is for safety,” he said. “Also, pray the people endure. Many of their homes have been destroyed and when they are able to return they may have nothing to return to. Finally, pray for revival and that out of this might come a brokenness that would cause the Ukrainians to turn to God.”

Holloway added that the war eventually will end, but the needs still will be great for many months afterward. He encouraged anyone wanting to help to consider giving to Open Door Missions.

“One hundred percent of every penny given will go to people doing ministry,” he said. “These people are like brothers and sisters to me and they really need help and encouragement at this time to meet needs, share the Gospel and continue to live.”

By Steve Horn, Louisiana Baptists executive director Jesus reminds us that we should always pray and never give up (Luke 18:1). Today’s ruling from the Supreme Court serves as a good reminder of that truth. For almost 50 years, American Christians from various denominational backgrounds have been praying and … END_OF_DOCUMENT_TOKEN_TO_BE_REPLACED