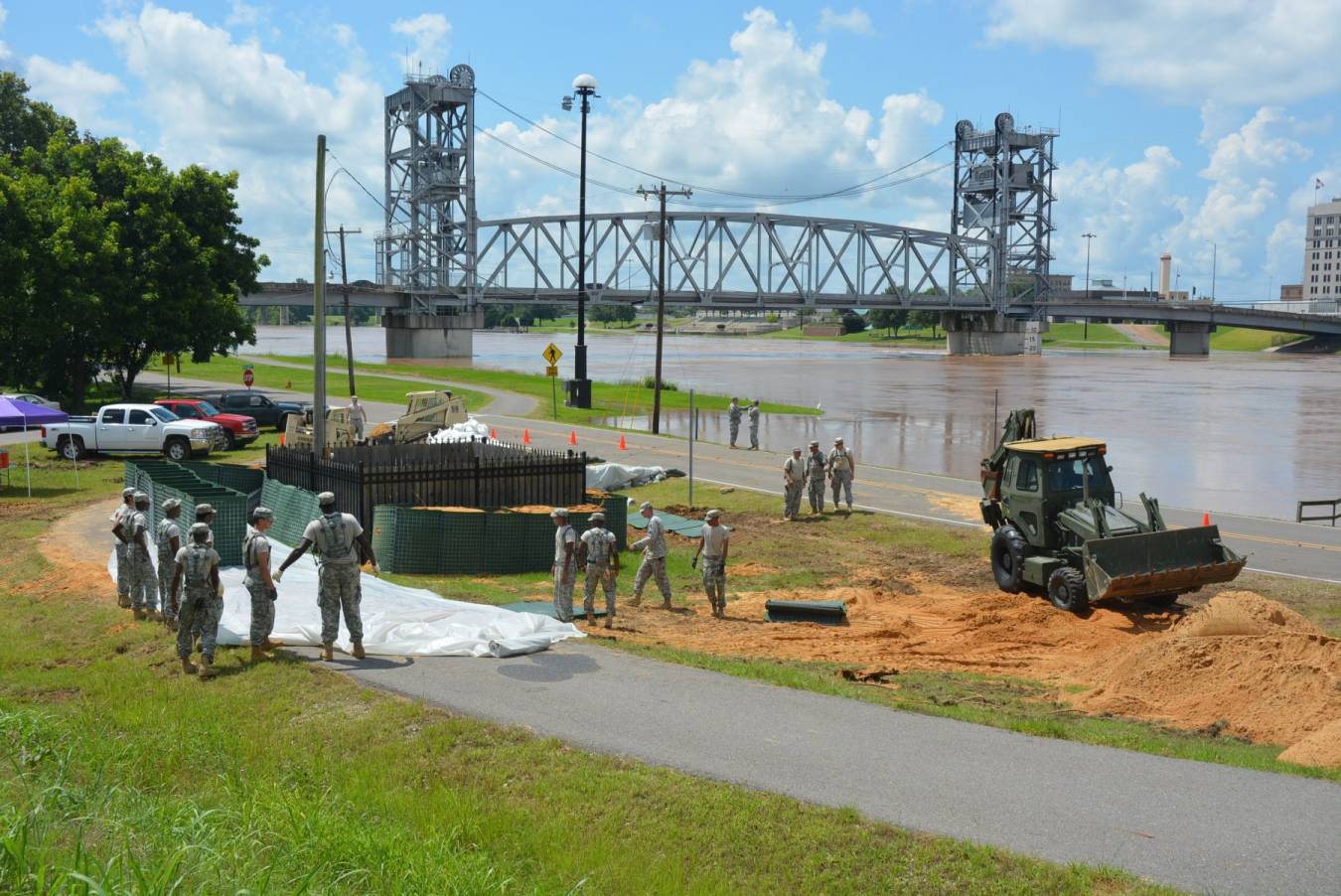 Louisiana National Guardsmen put sand bags around one of the sewage pump stations along the riverfront on the Pineville side of the Red River. Photo by Joe Dupree

PINEVILLE – As the Red River continues to rise, concern of potential flooding also continued to rise amongst the officials of Pineville.

On Thursday, the Louisiana National Guard sent a group out to the riverfront, on the Pineville side, to help secure sewer pump stations that will help pump excess water out should it reach people’s homes along the river.

The river is expected to reach its cresting point of 38 feet by this weekend.

The National Guard has also been sandbagging the area around Pump Station #23 on Dupree Road in Pineville to prevent any potential flooding from getting into the sewage pump.

City officials are hoping the sand bags aren’t needed but they prepared for the worst.

“There are some low areas that we are concerned about,” said Rich Dupree, Pineville’s city manager. “The mayor has been going door to door, visiting those homeowners, letting them know, if water doesn’t cut into their homes, it will cut off access to their homes.”

Fortunately for much of the downtown and greater surrounding areas of Pineville, it sits among the high parts of the river so there isn’t much concern of any massive flooding but only concern for minor flooding along the riverbanks where some homes reside.