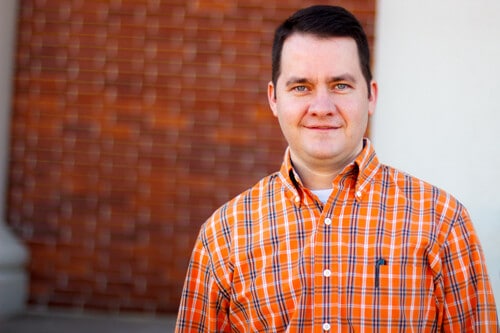 ALEXANDRIA, La. (LBM) – Reggie Bridges, pastor of the Temple Baptist Church, Ruston, will be nominated during the 2022 annual meeting to serve again as president of the Louisiana Baptist Convention.

Jason Walsworth, TBC minister of discipleship and administration, notified the Baptist Message, Sept. 8, of his intentions to make the nomination.

The 2022 LBC annual meeting is scheduled to be held Nov. 15 in the Calvary Baptist Church, Alexandria.

Bridges will complete his first term as LBC president at the November meeting.

He also has served as a member of the Committee on Committees for the Southern Baptist Convention (2018), as well as on the LBC Executive Board (Bridges is serving a term, now, that runs through 2022) and New Orleans Baptist Theological Seminary board of trustees (2022-2027).

The database of the Annual Church Profile shows that the Temple Baptist Church in Ruston has increased its support for cooperative missions and ministries from 5.0 percent of undesignated gifts forwarded through the Cooperative Program in 2014 (Bridges’s first full year) to 8.1 percent in 2021 (latest reporting year).

Bridges holds a Bachelor of Arts in Bible and English from Blue Mountain College in Mississippi. He earned the Master of Divinity in Biblical Languages, the Master of Theology, and the Doctor of Philosophy (major in preaching, minor in theology) from the New Orleans Baptist Theological Seminary.

He previously shared with the Baptist Message that he was nurtured in his faith in “a Timothy-like experience” which included surrendering his life to Jesus at 12 years old and leading music for a small SBC church at the age of 14. Shortly afterward, he was formally named minister of music and youth by that Mississippi congregation, Blue Springs Baptist Church. Later, at age 16 he was ordained to the ministry by his home congregation, Birmingham Ridge Baptist Church in Saltillo, Mississippi.

Bridges served as a teaching assistant and graduate fellow while pursuing his seminary studies. Also, he has served as an adjunct professor at various NOBTS extension centers.

His focus on theological education led him to form a partnership with NOBTS to establish the Temple School of Ministry and Missions “to equip ministers, missionaries and lay leaders with the theological foundation and the practical experience to be servant leaders in their families and their local churches as they live out their calling in Christ, he said.