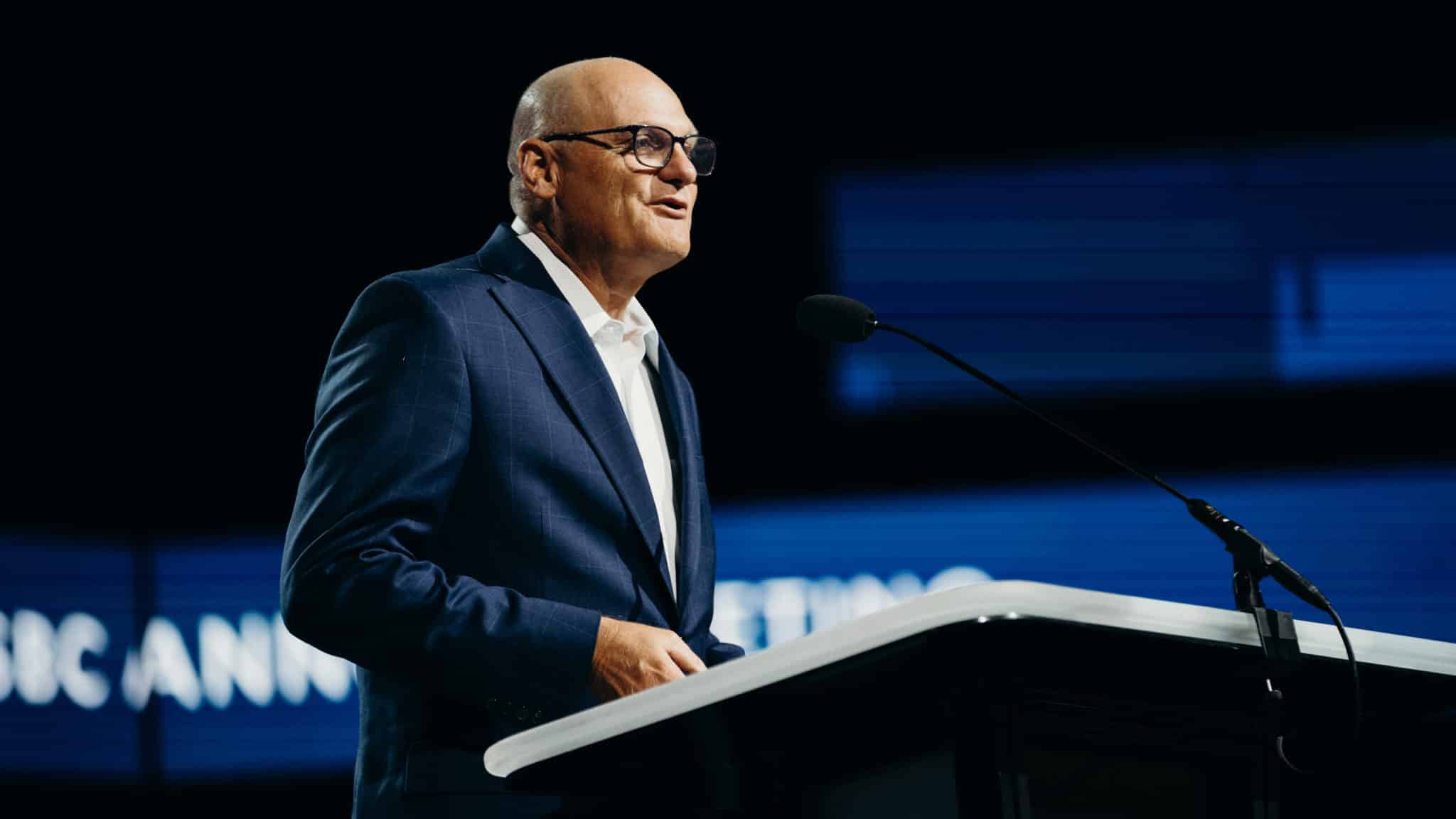 Willy Rice, pastor of Calvary Church in Clearwater, Florida, withdrew his name from the list of candidates who will seek the presidency of the Southern Baptist Convention

Roughly a month after announcing his plans to accept a nomination for the position, news broke April 1 about a leadership position at his church that brought Rice under fire.

A former public school teacher with a history of sexual misconduct serves as a deacon at Calvary, something Rice said the church leaders knew and monitored for years following the deacon’s repentance and restoration process.

Rice noted the deacon was not allowed to work with children or youth and the leaders believed he was fully restored and, in a position, to be ordained as a deacon. 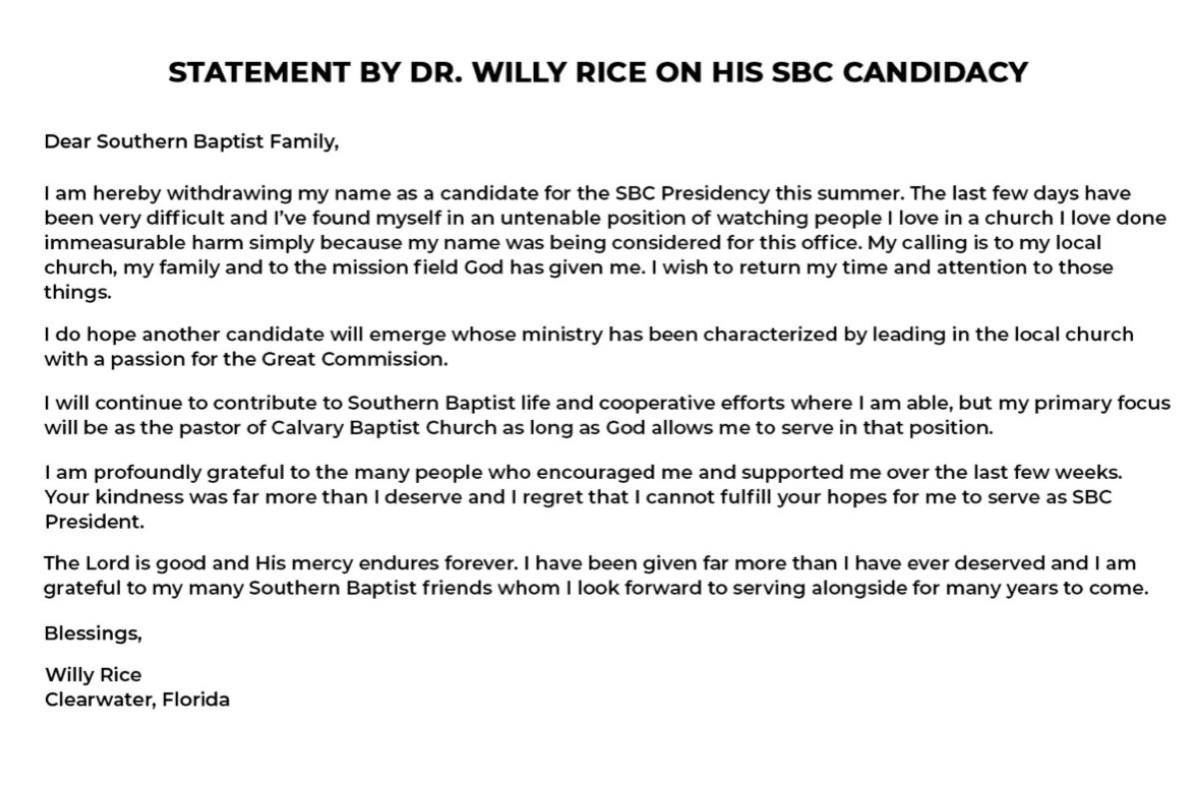 “It did not involve criminal charges, and he has never been identified by law as a sexual offender,” Rice said in a five-and-a-half-minute video posted on social media explaining the situation. “Nevertheless, it was a terrible sin, and it devastated people’s lives.”

When Rice was contacted recently by a pastor in another state expressing concern about the deacon’s past, Rice and church leaders decided the man would need to step down as deacon.

From there, the conversation continued, and debate developed over the original decision and how it plays out with the current focus on sexual abuse issues within the denominational structure.

Rice’s withdrawal from the SBC presidency race was announced via Twitter.

“The last few days have been very difficult, and I’ve found myself in an untenable position of watching people I love in a church I love done immeasurable harm simply because my name was being considered for this office,” he wrote. “My calling is to my local church, my family and to the mission field God has given me. I wish to return my time and attention to those things.”

–Reporting by The Baptist Paper

By Steve Horn, Louisiana Baptists executive director Jesus reminds us that we should always pray and never give up (Luke 18:1). Today’s ruling from the Supreme Court serves as a good reminder of that truth. For almost 50 years, American Christians from various denominational backgrounds have been praying and … END_OF_DOCUMENT_TOKEN_TO_BE_REPLACED