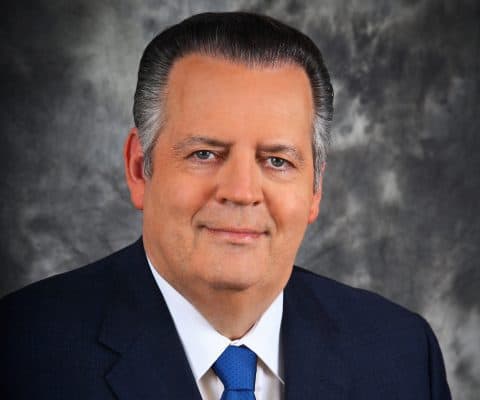 WASHINGTON, D.C. (ERLC) – Richard Land served as the president of the Ethics & Religious Liberty Commission from 1988–2013. Prior to his time at the ERLC, he worked in a variety of church and political roles, many of which were involved closely with the modern pro-life movement in its earliest days. Below, he shares his experiences and brings perspective to the current cultural moment, the story of Southern Baptist involvement in the fight against abortion, and what comes next.

Jill Waggoner: Historians have noted that before Roe v. Wade, evangelicals in general were fairly inactive on the issue of abortion. Is that true for Southern Baptists? If so, how did that change afterRoe? What did it take to change Southern Baptists’ mind on this issue?

Richard Land: I was pro-life from the time I was a junior in high school because of an experience I had with a high school biology project. One of my classmate’s fathers was an OB-GYN, and she, as part of a project, brought to class what I now know to be about a 12- to 14-week-old male embryo. It was clearly a human being. That sensitized me to the issue.

Abortion wasn’t much of an issue for Southern Baptists until Roe v. Wade. Prior to 1970, the broad attitude was that the life issue was a “Catholic issue.” There were a lot of prominent pastors who followed the teachings of Dr. W. O. Vaught at the time, and I think he influenced Dr. W. A. Criswell. They believed life began when God put breath into the body of Adam, and so they took the interpretation that personhood begins when you begin to breathe. So that alleviated them having to deal with abortion.

The real shift came in the aftermath of Roe. I was a foot soldier in the pro-life army back in the mid-1970’s, organizing pro-life groups in churches when I was in Texas working at Criswell College. And I saw [the shift] happen. It was [a result of] the revulsion over the bloodshed. I don’t think even the pro-choice people thought that abortions would jump they way they did once Roe was made the law of the land. That, and the amazing advances of embryology and sonograms — we knew a whole lot more about human development. I saw a ground shift among Southern Baptists.

At the time, the Christian Life Commission (the precursor to the ERLC) staff, including President Foy Valentine, was all pro-choice, as was James Wood and James Dunn at the Baptist Joint Committee. Paul D. Simmons, who was radically pro-choice, was teaching ethics at The Southern Baptist Theological Seminary. That’s when we got the 1971 pro-choice SBC resolution.

The CLC staff opposed the 1982 resolution. They tried to amend it to make it more pro-choice, and they tried to put other exceptions in there besides the life of the mother. We had been pushing hard to get a Sanctity of Human Life Sunday on the denominational calendar. The CLC staff came into the subcommittee meetings of the Executive Committee and tried to stop it. And then when they realized they couldn’t stop it, they tried to get it moved to another part of the year, away from January and away from abortion. Eventually, CLC President Larry Baker resigned.

In defense of the generation before me, a lot of their aversion to engaging the issue, as I mentioned above, was that they saw abortion as a “Catholic issue.” They were dealing with the pre-Vatican II Catholic Church, which was not nearly as in favor of religious freedom and who didn’t believe that Protestants were Christians. The kind of cooperation you see now between evangelicals and Catholics on the life issue wouldn’t have been possible without Vatican II.

Jill Waggoner: The resolution that you have mentioned that was passed at the 1971 Annual Meeting in St. Louis called on Southern Baptists “to work for legislation that will allow the possibility of abortion under such conditions as rape, incest, clear evidence of severe fetal deformity, and carefully ascertained evidence of the likelihood of damage to the emotional, mental, and physical health of the mother.” How should we understand that moment?

Richard Land: It came about in 1971 because some states were making their abortion laws more liberal, as part the feminist movement. To me, there’s nothing more anti-woman than abortion, as the majority of babies aborted are female. Southern Baptists were beginning to think about the issue, and the pro-life movement was beginning to make headway into SBC life. The CLC wanted to head it off at the pass. They used that resolution to support the Roe. v. Wade decision. They were anticipating the liberalization of abortion laws. They would file amicus briefs with this resolution as an attachment.

Jill Waggoner: Looking at more recent history, what has been an encouragement to you about the work of pro-life advocacy within the SBC and evangelicals more generally?

Richard Land: The most encouraging thing to me has been to go the pro-life marches or to to watch them on television and to see that the crowd gets younger and younger every year.

I​​ remember going to a demonstration in my hometown of Houston, Texas, against the largest abortion clinic outside of China. The people gathered there were young and they were holding up signs that said, “We survived Roe. Roe won’t survive us.” They had a very palpable sense that they could have been killed. Approximately one-fourth to one-third of babies conceived the year they were born were killed. They take it personally.

In addition, that at least one political party has remained true to its pro-file commitments has been encouraging. I long for the day when both parties are pro-life, which will change voting patterns.

In 1980, Republicans adopted the pro-life platform and nominated Ronald Reagan. Let me give you some of the impact of that. In 1976, the majority of White Baptists voted for Jimmy Carter. When he ran against Reagan, the majority of White Baptists voted for Reagan. There have been pro-choice people who have tried to run in Republican primaries that haven’t been successful. The unfortunate fact is that you could not be pro-life and get the nomination of the Democratic Party. There was a whole generation of Democrats who were pro-life and became pro-choice because they wanted to be nominated for president: Al Gore, Bill Clinton, Jesse Jackson, Richard Gephardt. I wish it were otherwise, but I don’t see it changing in my lifetime.

Jill Waggoner: Looking ahead, what do you think is the next place for Southern Baptists to be concentrating their pro-life efforts, especially in a world where Roe may be overturned with the recent Supreme Court Case out of Mississippi?

Richard Land: If the Supreme Court overturns Roe, that doesn’t solve the issue. That just puts it into more of the political process. It’s going to be a titanic struggle for hearts and minds.

The ERLC has two responsibilities. First, the ERLC is to be the conscience of the Convention to call them to be where we believe they ought to be on moral issues and, in that regard, we call Southern Baptists to oppose abortion except to save the physical life of mother. The second responsibility is to represent Southern Baptist views to the Congress, to the president, to the Supreme Court, and to men. There we have to be as accurate as possible — descriptive, not prophetic. Southern Baptists are broadly pro-life, but there disagreements on some of the troublesome exceptions.

Jill Waggoner: Gathering all your knowledge and experience, what do you think is going to come next? What are the next 20 years going to look like?

Richard Land: I think Southern Baptists are going to remain pro-life. They understand that God is not a Republican or a Democrat, but he is pro-life. There was a reason that Jews were the only people in the Mediterranean basin who didn’t practice infanticide. Their God, the one true God, had made it clear in the Scriptures that he’s involved whenever conception takes place.

I recently read the testimonies of women in the New York Times about the impact of their abortions. What I would love to do is put a question mark beside their photo to say, “This is who their son or daughter would have become.” They ignore the fact that we’re talking about killing a human being. I think it is a symptom of the fact that our country has increasingly gone down the road of narcissism, which leads to self-adulation and self-idolatry.

Public policy is never static. The situation is either going to get a lot better or a lot worse. Pope John Paul II was right when he talked about a “culture of death.” Because of legalized abortion-on-demand, we have seen the “culture of death” go from the womb to nursing home, to the ICU and to the nursery. Now we have states passing laws that say it’s okay to kill a baby up until the time it is born. What’s next? If a baby is just a collection of cells or an advanced mammal, then what stops people from killing a baby after he or she is born, because of a deformity? If you believe that every human life is sacred, you’re going to contest that with everything you’ve got. Either we get more pro-life or we descend into more death.

Jill Waggoner is content editor for the ERLC. This interview was edited for brevity and clarity.

By Steve Horn, Louisiana Baptists executive director Jesus reminds us that we should always pray and never give up (Luke 18:1). Today’s ruling from the Supreme Court serves as a good reminder of that truth. For almost 50 years, American Christians from various denominational backgrounds have been praying and … END_OF_DOCUMENT_TOKEN_TO_BE_REPLACED