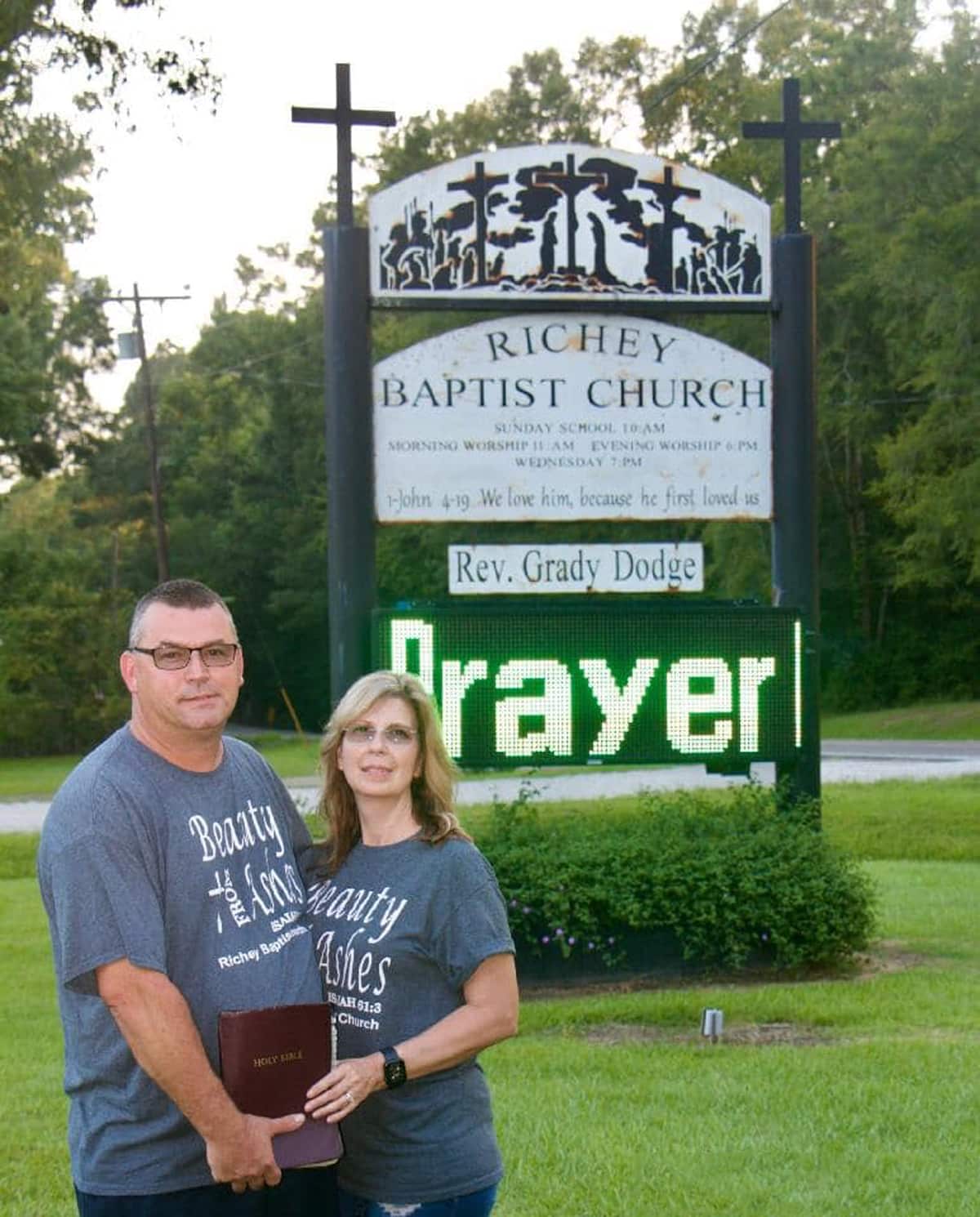 Pastor Grady Dodge and his wife, Shanda, said churches and others from the community helped sustain them as they rebuilt their worship center, dedicated earlier this year.

Fifteen months later, their prayers were answered in even greater ways than the congregation ever could have imagined, according to their pastor, Grady Dodge.

Dodge told the Baptist Message he was encouraged so many churches stepped up to assist in the rebuild, modeling the body of Christ.

“When the fire happened, I thought it was the end of the world,” said Dodge, also the Louisiana Baptist Building maintenance supervisor. “God showed me so much through it. He showed me unity in the community and unity in the churches.” 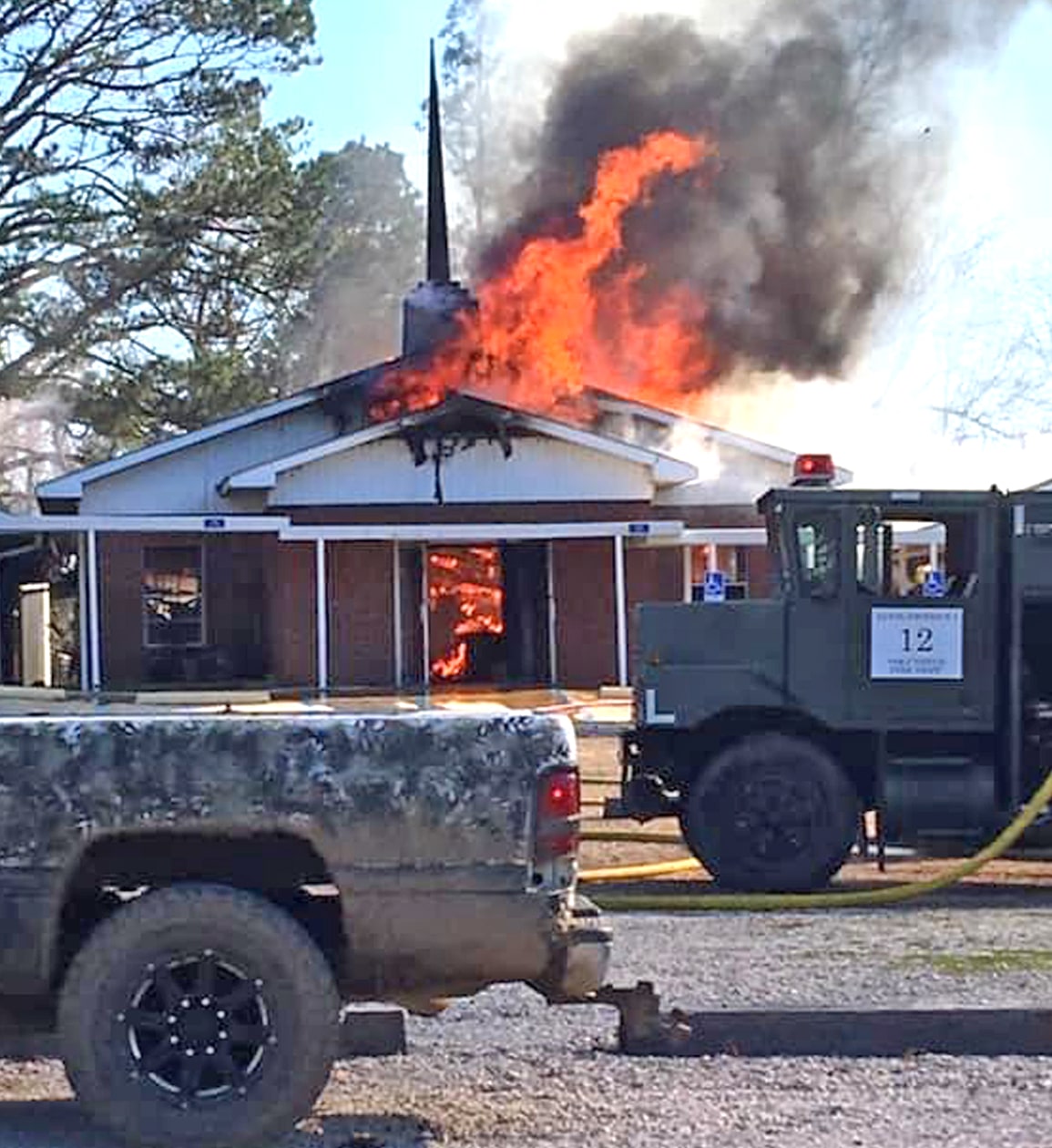 A fire in January 2021 destroyed the worship center but not the spirit of Richey Baptist Church.

The fire began at 11 a.m., Jan. 9, 2021, and engulfed the worship center. Fire crews from Effie and Ruby-Kolin extinguished it later that same evening. While most of the worship center was destroyed, a steeple and Bible located near the front doors miraculously survived.

Rather than fold, the church, pressed forward with the insurance company paying half of the $700,000 needed to rebuild, and churches and individuals from around the state donating the remainder.

During construction, the church worshipped in the fellowship hall, which had not been damaged.

The building, with seating for 300, was completed in late March for an April 1 open house. Two days later, the church celebrated with a special service that included a baptism.

Dodge said the congregation has experienced growth from 80 in Sunday worship prior to the fire to more than 100 for the dedication of the new building.

Since April 3, Dodge has baptized four individuals, including Daisy Lachney, 17, who celebrated a spiritual rebirth three months after a heart transplant.

Upon the invitation of her friend, Jasmine Gunn, Lachney attended the grand opening service and was convicted of her need for baptism. She had accepted Christ several years earlier but not followed through with baptism.

The two friends decided to be baptized together on Easter Sunday, April 17.

“At that moment I felt like this pressure had been lifted off me,” Lachney said. “I now feel so free.”

Moving forward, Dodge said he is anticipating an even greater movement from God and is thankful for how so many came together to help restore the worship center.

“God has brought a revival in our church and His spirit has moved,” he continued. “God has a purpose in the church. When the church was on fire, that’s when the people caught fire and went to work doing God’s work and pulled together. That’s when unity came.”