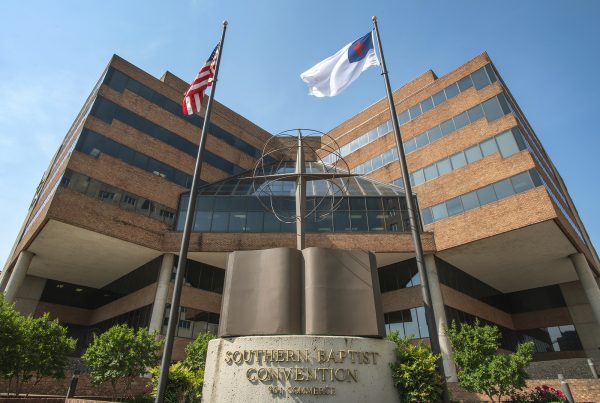 A 288-page report -- that can be found on sataskforce.net -- outlines the Executive Committee’s handling of sexual abuse cases between 2000 and mid-2021. The independent investigation was conducted by Guidepost Solutions.

NASHVILLE, Tenn. (LBM) – Nearly a year after messengers to the 2021 Southern Baptist Convention Annual Meeting called for the creation of a task force to oversee an independent review of the SBC Executive Committee over allegations of mishandling reports of sexual abuse, the task force released its findings on May 22.

The 288-page report — that can be found on sataskforce.net — outlines the Executive Committee’s handling of sexual abuse cases between 2000 and mid-2021. The independent investigation was conducted by Guidepost Solutions.

In 2019, the Houston Chronicle and the San Antonio Express-News released reports relating to convictions, confessions and credible accusations of sex abuse involving 380 Southern Baptists pastors, deacons, staff, ministry leaders and volunteers and 700 victims during a period of two decades. About 220 of the perpetrators were convicted or made plea deals.

The Houston Chronicle database included information about four men who previously served as Louisiana Baptist pastors, youth ministers and volunteers and were convicted of or pled guilty to sexual abuse crimes:

— Holland Farrell McMorris, former pastor of Paradise Baptist Church, Ball, was convicted in 2010 in a Rapides Parish court and is serving a 25-year sentence in a Louisiana state prison for sex crimes.

— Angelo “Doogie” Golatt, former youth volunteer at Donahue Family Church, Pineville (now named Journey Church), was arrested in 2006 in Jerome County, Idaho, where he was charged with two counts of sexual abuse/exploitation of a vulnerable adult, and later pleaded guilty to a reduced battery charge. He was sentenced to four counts of forcible rape in 2012 in a Rapides Parish court and is serving a 40-year sentence in Louisiana.

— Jonathan Bailey, former youth minister at First Baptist Church, New Orleans, was convicted in 2016 in Orleans Parish with 12 felonies, including molestation of a juvenile, indecent behavior with a juvenile and obstruction. He is serving a 10-year sentence in Louisiana.

During the 2021 SBC Annual Meeting, Grant Gaines, pastor of Belle Aire Baptist Church, Murfreesboro, Tenn., made a motion that a task force be appointed within 30 days by new SBC President Ed Litton.

After extensive reviews by the task force, Guidepost was unanimously voted to be retained as the third-party firm.

The report noted allegations of abuse, mishandling of abuse, mistreatment of victims, patterns of intimidation of victims or advocates, and resistance to sexual abuse reform initiatives.

Among those accused of wrongdoing in the report was Johnny Hunt, who has resigned as senior vice president of evangelism and leadership at the North American Mission Board. Before coming to NAMB, Hunt was pastor of First Baptist Church, Woodstock, Ga., and was a former SBC president.

While the Guidepost report notes that Hunt was accused of sexually assaulting a woman in a condo at Panama City, Fla., in 2010, Hunt denied the allegation.

“To put it bluntly: I vigorously deny the circumstances and characterizations set forth in the Guidepost report. I have never abused anybody.

“Southern Baptists’ navigating this challenge season must remember: ‘It is the truth that will set us free.’”

In its report, the task force issued an opening statement:

“As the task force, we grieve for what has been revealed in this report. We lament on behalf of survivors for how they have not been protected and cared for as they deserve and as God demands. With broken hearts, we want to lead the way by publicly repenting for what has happened in our convention. We implore our Southern Baptist family to respond to this report with deep repentance and a commitment to the ongoing moral demands of the gospel as it relates to sexual abuse. We must resolve to give of our time and resources to not only care well for survivors of sexual abuse, but to provide a culture of accountability, transparency, and safety as we move forward. We acknowledge that any act of repentance requires ongoing, deliberate, dedicated obedience and sacrifice. This is the calling of our Savior to unite as a body in following after Him.

As we are brought face to face with the sin that has been done, especially in the name of Christ and in our own community, we can be tempted to want to minimize what has happened or to look only at the most obvious wrong actors. We must resist the temptation to minimize, to look away, to find the easy ‘scapegoats” for what was uncovered in this report, and instead ask “what could we have done better?’ and ‘what should we do now?’ As a Convention, we did not hold our own leaders accountable, and we did not listen to the warnings.  Leaders had access to expertise but chose not to seek assistance, and in some cases, rejected any assistance that was offered.”

In the report, the task force said several motions and recommendations will be presented to messengers at the 2022 SBC Annual Meeting, June 14-15 in Anaheim, Calif.:

–          The next SBC president should appoint an Abuse Reform Implementation Task Force to assist with implementation of reform initiatives in the convention for a period of three years. The task force will evaluate Guidepost’s recommendations and bring a report at the 2023 SBC Annual Meeting with recommended reforms. The task force also will work with the Executive Committee to create and maintain a process that will work within Baptist polity for alerting the community to the presence and activity of credibly accused offenders, including creation of a “ministry check” website. And, the task force should work with and resource the Credentials Committee to help them function. Additionally, this task force will work with and resource the Credentials Committee to help them function more effectively, including formalizing and improving their processes, procedures, and standard principles of cooperation. The task force and Executive Committee also will take steps to establish a relationship with an independent firm to assist the Credentials Committee in their work.

–          The Executive Committee should hire a subject matter expert to field calls, provide initial guidance for reports of sexual abuse, and work with state conventions for training and educational opportunities.

–          All entity boards and standing committees should receive training pertaining to sexual abuse prevention and survivor care, as well as background checks as part of their orientation and selection.

–          The International Mission Board, NAMB and the SBC six seminaries should be required to prepare their denominational workers and students in regard to prevention, training and survivor care.

–          The Executive Committee should budget and hired a salaried staff person for the Credentials Committee.

Robertson and Holloway told the Message they still were reading through the report and did not have further comment at this time. Fountain had not responded to a request for comment.

Litton asked messengers to show up at the 2022 SBC Annual Meeting and take action to address the past mistakes.

“There are not adequate words to express my sorrow at the things revealed in this report,” Litton said in a statement on his Twitter account. “I am grieved to my core for those who have suffered sexual abuse in Southern Baptist contexts, both for those named in this report and the many who are not. I thank God for the courage and persistence of the survivors and advocates who brought the Southern Baptist Convention to this moment.

“Amid my grief, anger, and disappointment over the grave sin and failures this report lays bare, I earnestly believe that Southern Baptists must resolve to change our culture and implement desperately needed reforms.”

EC Chairman Rolland Slade and EC Interim President/CEO Willie McLaurin issued a joint statement to the Baptist Press. They said a special called meeting is scheduled for May 24 to address the report.

“To the members of the survivor community, we are grieved by the findings of this investigation,” they said. “We are committed to doing all we can to prevent future instances of sexual abuse in churches, to improve our response and our care, to remove reporting roadblocks, and to respond to the will of the messengers in Anaheim next month.

“This is the beginning of a season of listening, lamenting, and learning how to address sexual abuse in the Southern Baptist Convention.”