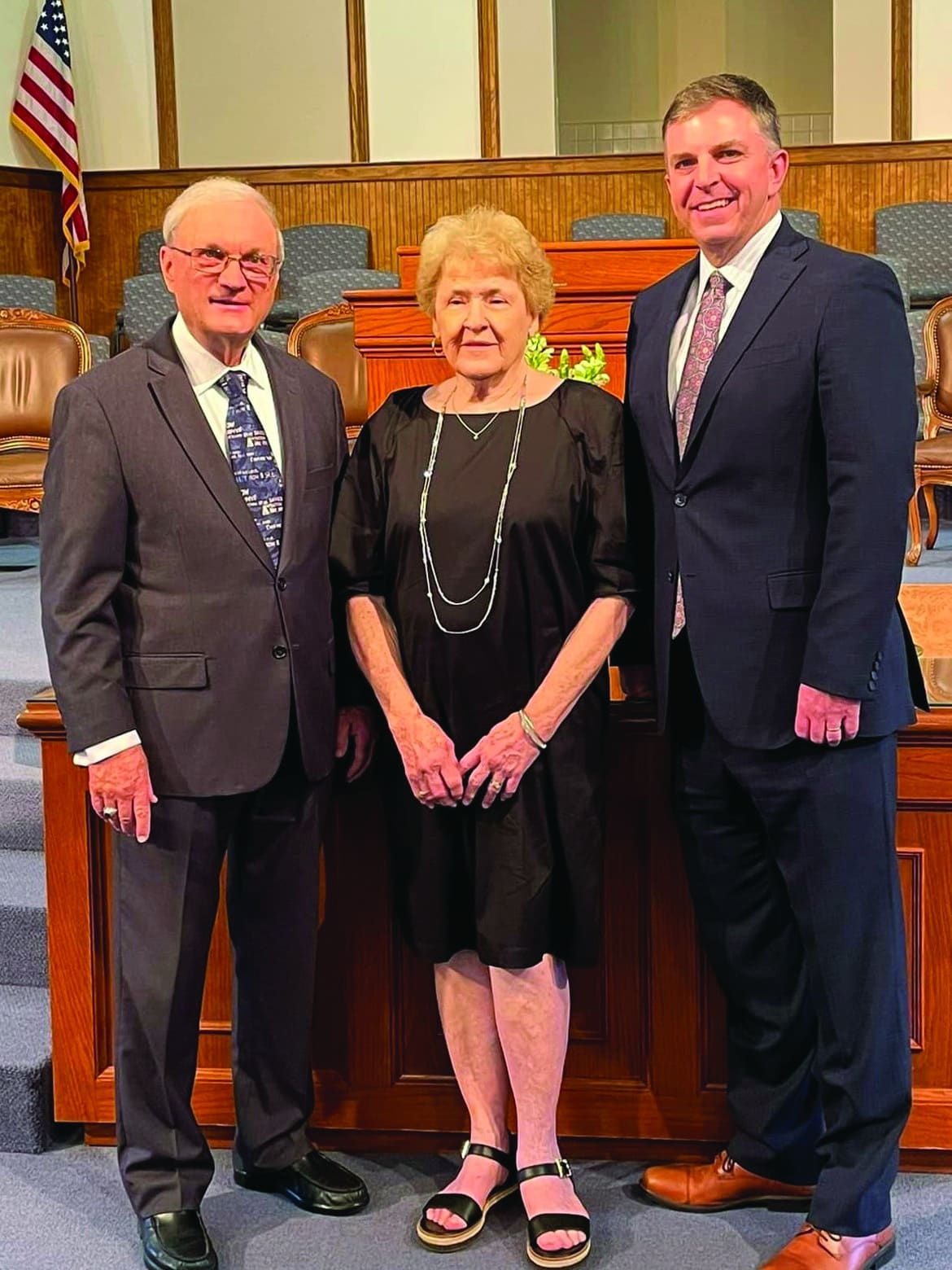 For his 45 years of service to the Monroe congregation and community, Smith was honored during a service July 10 that included two baptisms, memories shared by friends and family, a song composed in his honor, a monetary gift from the congregation and a word of appreciation from Louisiana Baptist Executive Director Steve Horn.

“It is a calling,” Smith told the Baptist Message. “When you know God has called you, it is who you are. We have had opportunities to go other places, but I have known this is where God wants me.”

Raised in Crowville, Smith surrendered his heart and life to Christ, at age 10, while attending First Baptist Church, Crowville, and responded to the call to ministry while attending a missions emphasis week at the former Ridgecrest Baptist Conference Center, Black Mountain, N.C., when he was 18 years old.

“I spent a lot of time in the prayer garden and asked God what was I supposed to do,” Smith said. “During one of the services at camp, the song ‘I Surrender All’ was played and it was then that I told God I was surrendering my future plans to him.”

Smith also has served Louisiana Baptists as a member/trustee with the: LBC Executive Board (1977, 1989-95 and 2019-present); Louisiana Baptist Children’s Home and Family Ministries (2010-2016); Louisiana Christian University (1982-88 and 1999-2005); and Northeast Louisiana Baptist Association. He also is a board member for Family Promise of Ouachita, a non-profit organization that helps homeless and low-income families achieve sustainable independence through a community-based response.

Smith and his wife, Luna, have been married 55 years. They have two grown children and three grandsons, all who are a part of their church family at Lakeshore Baptist.

Looking to the future, Smith said he is excited about what God has in store for the congregation.

“God has given me good health and I am energetic,” Smith said. “I have given my life to minister and preach His Word and I am thankful God has not let the fire leave my bones. I am excited for what lies ahead for me at Lakeshore.”