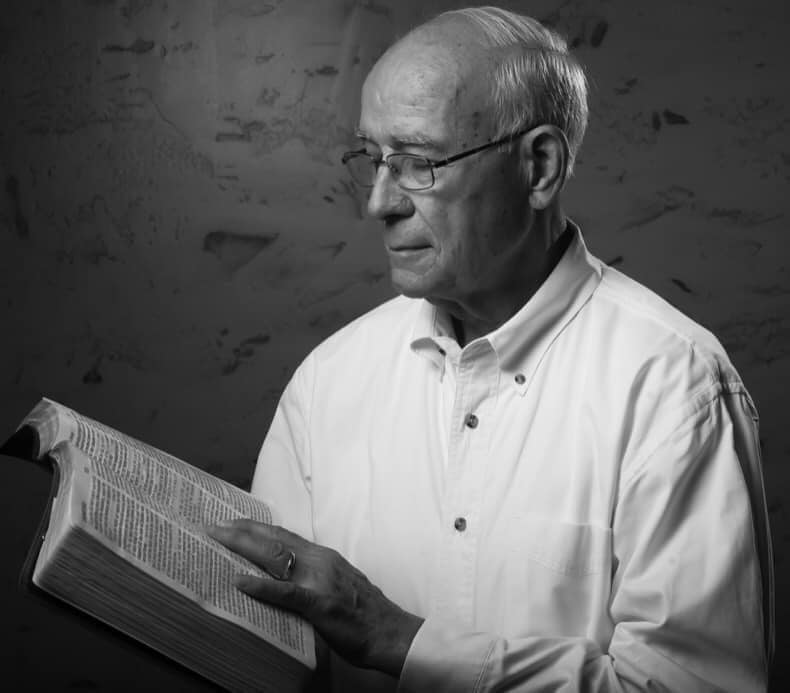 SHREVEPORT, La. – Step Martin, noted throughout the state for his 33-years as pastor Calvary Baptist Church, Shreveport, his evangelistic and mission work, his involvement in the Louisiana Baptist Convention, and his ability to reach the lost, passed away Sept. 23. He was 89.

Born Nov. 18, 1933 in Pelahatchie, Mississippi, Brother Step, as so many called him, attended Hinds Junior College in Jackson, Mississippi, where he quarterbacked the championship football team. After graduation, he transferred to William Carey College in Hattiesburg, Mississippi, and continued to play football.

Early in his time at Carey, Brother Step experienced a life-changing moment when he began to understand that the life he was living and the future that he had planned were meaningless and empty.

One night in October 1954, Brother Step found himself, desperate for answers, at the door of Dean of Men Andy Tate. When he knocked on that door, Tate welcomed him and said, “Come on in, ‘Step, I’ve been waiting for you.”

Tate opened his Bible and shared that “For God so loved the world, that he gave his only Son, that whoever believes in him should not perish but have eternal life.”

Tate explained that God loved Brother Step deeply and that the promise of eternal life is for everyone — it doesn’t matter who you are or how bad your life has been. Jesus paid the price for every bad thing we have ever done or ever will do. All Jesus wants is for us to turn away from our selfish lives, turn to Him, and believe that He will receive us, forgive us, and give us a new life with purpose, he said.

Brother Step had seen this message change the lives of some of his closest teammates and other students at William Carey. He was ready to unreservedly follow Jesus. That choice almost 68 years ago changed the rest of his life. He began to tell this simple message to anyone who would listen — Jesus will save whoever believes.

In 1955, he married Patricia Pinson, a fellow student at William Carey, and they began to serve the Lord together. While in college, Brother Step pastored Sanford Baptist Church near Hattiesburg.

Responding to God’s leadership in March 1969, Brother Step, his wife, and their six children moved from Alabama to Shreveport, to pastor Calvary Baptist. There they joined a group of believing families committed to sharing the Gospel from their location in Cedar Grove.

Within his first year as pastor, Brother Step founded Calvary Baptist Academy while expanding the Day Care and Preschool. People responded to the Gospel message and, by 1975, the church had outgrown its location on St. Vincent Avenue. God led Brother Step and the church to build a new facility at a site in south Shreveport.

Under his leadership, Calvary supported and partnered with a growing number of local and international missionaries, beginning a robust Faith Missions Offering and increasing support of Southern Baptist mission efforts. He also established the Step Martin Evangelistic Association (originally known as Glimpses of Glory) which still provides financial support to seminary students, young pastors and missionaries. Over the next 27 years, Brother Step and the believers gathering as Calvary Baptist Church faithfully continued to impact Shreveport and the world with the simple message that ignited their faith — Jesus will save whoever believes.

In 2002, Brother Step retired as pastor and was named pastor emeritus.

For the next 12 years, he preached revivals across the South while he and his wife focused on encouraging pastors and their wives in those churches. During his ministry as pastor and evangelist, Brother Step held hundreds of revivals, and preached in more than 15 states and six foreign countries. For 60 years, Brother Step faithfully preached the truth that changed his life — Jesus will save whoever believes.