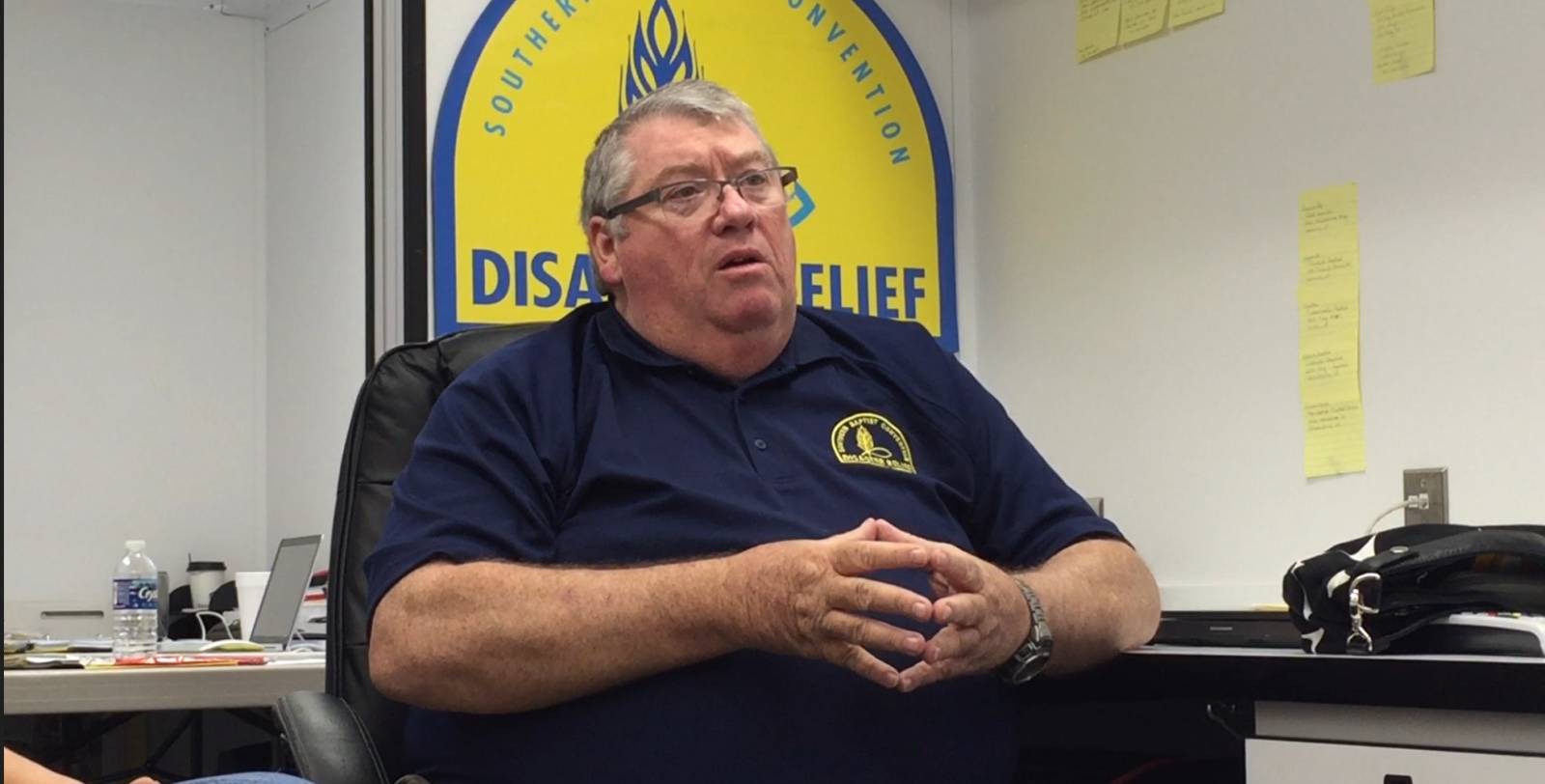 ALEXANDRIA – Robby Gallaty presented students with a challenge – close their eyes and wonder about a life without sight.

“Imagine if you were born into this world blind, do you know what that would be like?” Gallaty said to 675 students during the Collegiate Evangelism Conference. “That’s the world Bartimaeus came into.”

Citing Mark 10:46-52, Gallaty challenged the students to do as Blind Bartimaeus did to receive eyesight – walk by faith and not by sight.

To do this, Gallaty said students can do three things found in this passage. They are we should not be discouraged by the crowd, we should discard the cloaks in our life and we must surrender everything to Christ.

Though Gallaty has never succumb to literal blindness, he told the students of the first 26 years of his life when he was spiritually without sight.

A regular attender of church as a child and teenager, Gallaty said he was very religious but did not have a relationship with the Lord. Once he was on his own as a student at William Carey College in Hattiesburg, Miss., Gallaty in 1995 was introduced to Christ by Jeremy Brown, one of the few people who ever attempted doing so on campus, though he said the sinner’s prayer he recited was not genuine.

Three years later, Gallaty founded a computer company, which dissolved eight months later. His life then spiraled downhill, including landing a job as a head bouncer at a New Orleans night club, importing drugs in New Orleans and nearly bankrupting his parents by charging $15,000 to their credit card.

His life bankrupted spiritually, Gallaty remembered his conversation about Christ with Brown and realized his need for Christ in 2002.

Whatever their sin is, Gallaty encouraged students to open their eyes out of spiritual blindness and receive the true light in Christ. He challenged the students to do as Bartimaeus did – not letting Jesus walk past them without reaching out to Him.

“How many times in your life has Jesus Christ walked by and you didn’t speak up?” Gallaty said. “This man is not about to let Jesus Christ walk by him without at least taking a chance on Him. Everything Bartimaeus is on the outside is how you looked on the inside before coming to Christ.”

Gallaty’s messages were part of a two-day conference that included speakers, seminars, worship led by Jon Shirley of Kansas City, Mo., and a late-night fellowship.

“It was an amazing weekend of spiritual challenge and encouragement for collegiate ministries,” said Louisiana Baptist Convention BCM state director Mark Robinson. “The seminars were powerful. Students are still talking about it.”

Chad McClurg, BCM director at the University of Louisiana at Monroe, challenged the students to build new friendships and listen to what God may say to them throughout the conference.

“We want to teach you how to put your faith into action and how God can use you in different ways,” McClurg told the students. “Take this weekend and focus on what God wants to do in your life. We will move out of the mindset of busyness and we will move into a place where God can do something in our minds and hearts.”

Beaux Bennett, a sophomore from the University of Louisiana at Monroe, loved the multiple fellowship opportunities CEC afforded throughout the weekend.

“Coming to a big conference likes this lets you meet other people from BCMs and catch up,” he said.

Zachary Howell, a junior from the University of Louisiana at Lafayette, recently transferred from a college in Kentucky.

Kris Piland, a freshman from LSU, knew coming to CEC was the right move for her as a first-year student.

“It’s super important to get involved and live life with everyone on my campus,” Piland said. “This conference helps better equip me to be an encourager to them.”

By Steve Horn, Louisiana Baptists executive director Jesus reminds us that we should always pray and never give up (Luke 18:1). Today’s ruling from the Supreme Court serves as a good reminder of that truth. For almost 50 years, American Christians from various denominational backgrounds have been praying and … END_OF_DOCUMENT_TOKEN_TO_BE_REPLACED