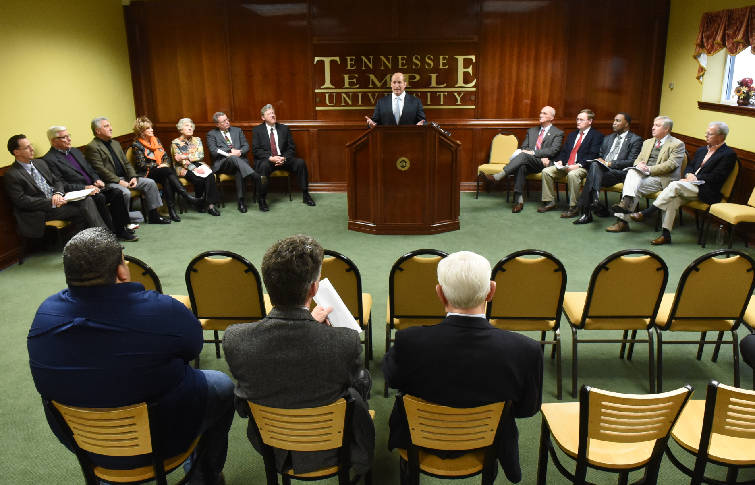 The announcement comes a day after The Chattanoogan (Chattanoogan.com) reported TTU would be closing its doors at the end of this semester. The merger will be finalized April 30, pending the approval of the Transnational Association of Colleges and Schools, which accredits both universities.

Established only a year apart in the mid-1940s, the two universities share a common mission that dates back to their founders, Charles Stevens of PIU in Winston-Salem, N.C., and Lee Roberson of TTU in Chattanooga, Tenn.

TTU online students can expect decreases in their tuition rates and a seamless transition, according to PIU officials. Online programs will be transferred in their entirety to PIU. Residential students who move to Winston-Salem will experience a drop in tuition, room and board of approximately twenty-five percent. Several TTU board members will join PIU’s board, and some of TTU’s faculty and staff will move to Winston-Salem.

PIU’s president, Charles Petitt, said the merged schools will have far greater potential together than either school can realize alone. He described the merger to be more like a marriage than the death of a spouse where one mate is gone and the other is left with only the assets.