The U.S. church faces a host of challenges – but none that spiritual awakening
cannot solve

At the close of a popular film, an actor portraying a fictitious
president launches into a soliloquy by pointing out, “America isnt
easy.”

The character is speaking of American politics and citizenship
– but his assessment could apply to the religious scene in this country
as well.

Interest in spirituality is at an all-time high – while
commitment to organized religion is sinking.

Most Americans consider themselves Christians – but fewer
than half read the Bible on their own or give any time to pray and devotion.

And less than half of professing Christians also say they are
“absolutely committed to the Christian faith.”

Welcome to the new millennium.

Welcome to the age of spiritual stagnation.

“While Americans remain interested in faith and consider
themselves to be religious people, little has changed in relation to the religious
practices of Americans in recent years, …” explained George Barna, author
and founder of the California-based Barna Research Group.

“You have to wonder if we are sufficiently connected to
the people attending our churches to know where they stand spiritually and sufficiently
concerned about their spiritual condition to share the fundamental truths and
principles of Christianity in ways they can understand and embrace.”

“America needs a spiritual shake-up,” Barna said
in a recent Web site report on the spiritual condition of the nation.

He has evidence to back up his claim, including an annual statistical
tracking of items related to faith and the church. In the most recent survey,
12 of the 13 tracked items experienced no change. The 13th saw a marginal decline.

Even worse, in 10 items tracked during the last five years,
there were surprisingly few changes, Barna noted.

Back up another five years and one sees six areas of change
– but only two positive tones, Barna said. For instance:

In 1991, 82 percent of American adults professed to
be Christians. This year, the total has risen to 85 percent – but
that is a decline from 86 percent reported last year.

In 1991, 35 percent of Americans could be classified
as born again Christians. By the year 2001, the number has risen to 41 percent.
(For Barna, Born again Christians are those who say they have made a personal
commitment to Jesus Christ is is still important in their lives and who indicate
they believe they will go to heaven when they die because they have confessed
their sins and accepted Jesus Christ as their savior.)

In 1991, 7 percent of Americans could be characterized
as evangelical Christians, a number that remains the same a decade later. (Evangelical
Christians are those who meet the “born again” standard and seven
other criteria – they say their faith is very important in their life today;
believe they have a personal responsibility to share their religious beliefs
about Christ with others; believe that Satan exists; believe that eternal salvation
is possible only through grace, not works; believe that Jesus Christ lived a
sinless life on earth; and describe God as the all-knowing, all-powerful, perfect
deity who created the universe and still rules it today.)

In 1991, 45 percent of Americans said they read the
Bible at times other than when they were in church. This year, the number has
dropped to 37 percent.

A decade ago, about half (49 percent) of persons indicated
they had attended a recent church service. In 2001, the number stands at 42
percent.

About one-fourth (27 percent) of persons said they had
volunteered at a church in 1991. Just one in five (20 percent) now say the same.

A little less than one-fourth (23 percent) of persons
said they attended a Sunday School class 10 years ago. Now, the number stands
at 19 percent.

The number of Americans who say they pray remains steady
– 83 percent five years ago and 82 percent this year.

A total of 16 percent of Americans say they participate
in a small group that meets for religious purposes, down a point from 17 percent
in 1996.

The number of unchurched persons in this country has
risen from 27 percent in 1996 to 33 percent this year.

Just 49 percent of persons say they have a private time
for prayer and devotional reading.

The number of professing Christians who say they are
“absolutely committed to the Christian faith” has risen from 44 percent
in 1996 to 49 percent this year.

As if all of that news is not bad enough, Barna research also
shows that the younger persons are, the less likely they are to be involved
in religious practices. For instance, just one-third of baby busters can be
characterized as born again.

All in all, the numbers give strong weight to Barnas
argument about spiritual complacency.

They also give urgency to the increased cries for spiritual
awakening and renewal – or, as Barna put it, a shake-up.

“America certainly did not experience the spiritual revival
that many Christians hoped would emerge as the new millennium began,” the
California-based researcher pointed out. “In fact, Americans seem to have
become almost inoculated to spiritual events, outreach efforts and the quest
for personal spiritual development.

“There are magnificent exceptions throughout the country,
but overall, Christian ministry is stuck in a deep rut. … Like the churches
of Laodicea and Sardis, … too many

Christians and churches in America have traded in spiritual passion for empty
rituals, clever methods and mindless practices,” Barna maintained.

“The challenge to todays church is not methodological.
It is a challenge to resuscitate the spiritual passion and fervor of the nations
Christians.”

It is a daunting challenge – not easy by any means.

But it also is one that the church dare not ignore.

By Louisiana Baptist Executive Director Steve Horn ALEXANDRIA, La. - Acts 13 is a pivotal moment in the Book of Acts. Acts 13 is the place where we see the transition from Peter’s ministry to Paul’s ministry. Starting in Acts 13, the rest of the book focuses on the ministry of Paul. As I read Acts 13 this … END_OF_DOCUMENT_TOKEN_TO_BE_REPLACED 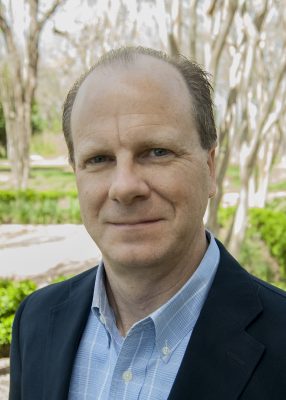 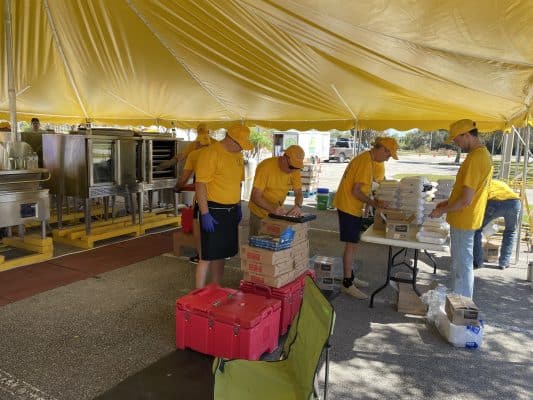