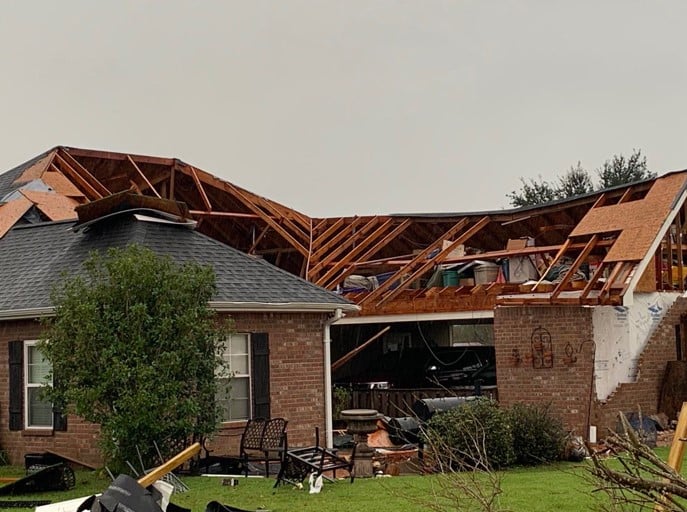 LAKE CHARLES, La. (LBM) – Members of University Baptist Church are grateful for God’s protection after a tornado passed by the building where they were holding a Bible study Wednesday, Oct. 27.

Pastor John Astling told the Baptist Message that 15 members of University Baptist were meeting when the storm passed by the church Wednesday afternoon. 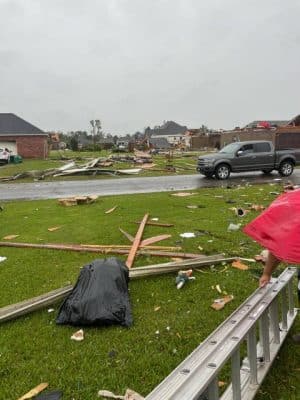 While the damage at the church was limited to only a few downed tree limbs on its lawn, the Walgreen’s drug store located across the street from the church lost a portion of its roof and homes nearby sustained significant damage.

Preliminary reports from the National Weather Service in Lake Charles indicated an EF-2 tornado (130 mph winds) touched down around 12:20 p.m., Wednesday. Around a dozen homes received significant damage and at least two people were injured.

The tornado is the latest weather-related disaster to impact southwest Louisiana in a 14-month period.

In mid-February, an ice storm left residents without power and water and three months later more than 12 inches of rain caused flooding in Lake Charles.

Astling asked for continued prayers for residents in southwest Louisiana.

“Many have already experienced loss after the hurricane and flooding,” Astling said. “Pray for strength and guidance to repair and rebuild.”

By Lane Corley MADISONVILLE, La. - Three years ago, our family was going through one of those down seasons in the ups and downs of life. My mental focus and physical health was declining. I was discouraged and struggling mentally and emotionally. I knew I needed to change a few habits. As part of a recovery … END_OF_DOCUMENT_TOKEN_TO_BE_REPLACED