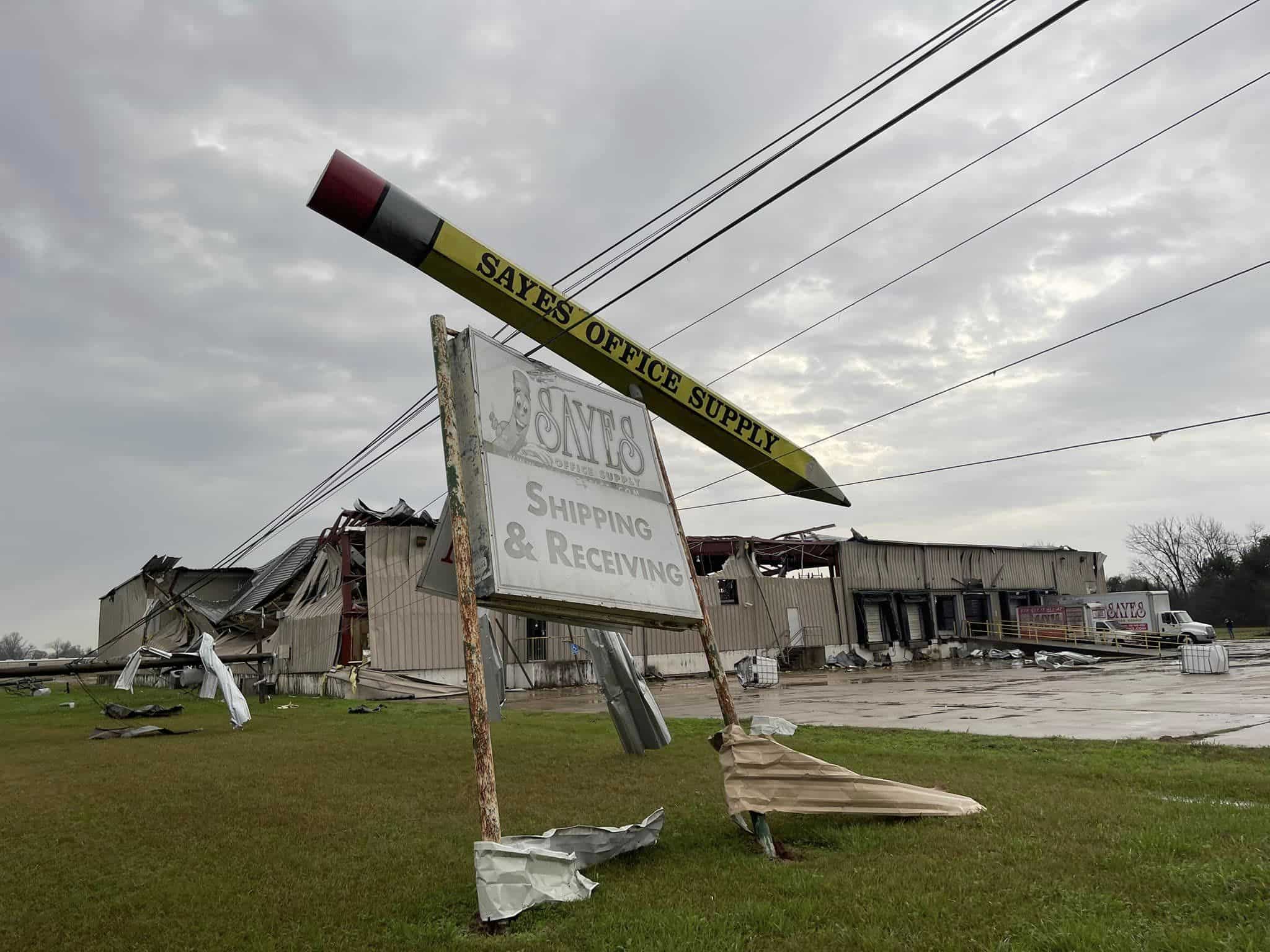 The Caddo Parish Sheriff’s Office posted on their Facebook page that a mother, Yoshiko A. Smith, 30, and her son, Nikolus Little, 8, were found dead in the Pecan Farms area of Keithville. The mother was discovered under debris one street from her home while the boy was found deceased in a wooded area of Pecan Farms a half-mile from where the home was destroyed.

One additional injury was reported after an adult male was transported to a local hospital. The extent of injuries was unknown.

In Farmerville, nearly 25 people were injured when a tornado caused significant damage in a neighborhood including an apartment complex along Hwy 2 near Scotts Hideaway Road in Union Parish, according to KNOE-TV in Monroe.

The National Weather Service also said a confirmed tornado was reported on the ground in Madison Parish at around 10:30 Tuesday evening. Just before 11:00 p.m., a large tornado was spotted passing over Interstate 20 near Quebec, west of Tallulah.

The Madison Parish Sheriff’s Office have reports of structural damage to homes and camps around Hunters Bend Road and Highway 610. One home sustained damage along HWY 610 when a tree fell on top of it. Some camps near Hunters Bend sustained roof damage, however, the camps were not occupied.

There was heavy damage along Hwy 126 in Caldwell Parish where numerous structures were destroyed by a reported tornado KNOE-TV reported.

The Rapides Parish Sheriff’s Department reported damaged to structures on Fish Hatchery Road in Forest Hill all the way over to US 71-South near LSU-A. No one was injured, the sheriff’s department wrote on its Facebook page.

Sayes Office Supply and Lott Oil Company on Hwy 71 North received extensive damage to both businesses from Tuesday night’s storms. Sayes had much of its roof torn off and several power poles close by snapped in half.

The center suffered damage, including blown out windows, and is not accepting patients at the moment according to the New Iberia Police Department on their Facebook page. A tornado touched down in the Southport Subdivision area, damaging several homes and trapping residents.

Statham asked for prayers as they respond in the coming days.

“Pray for the families that have lost loved ones,” Statham said. “And then pray for first responders because it’s a difficult job.”

By JT Waresak I'm not a huge New Year's resolution guy. However, as a new year begins, it is another opportunity to raise the bar in my effort to be the best dad I can be. I'm also reminded that the opportune time to pour into my sons and daughters is limited to a couple of precious decades. This is not to say … END_OF_DOCUMENT_TOKEN_TO_BE_REPLACED