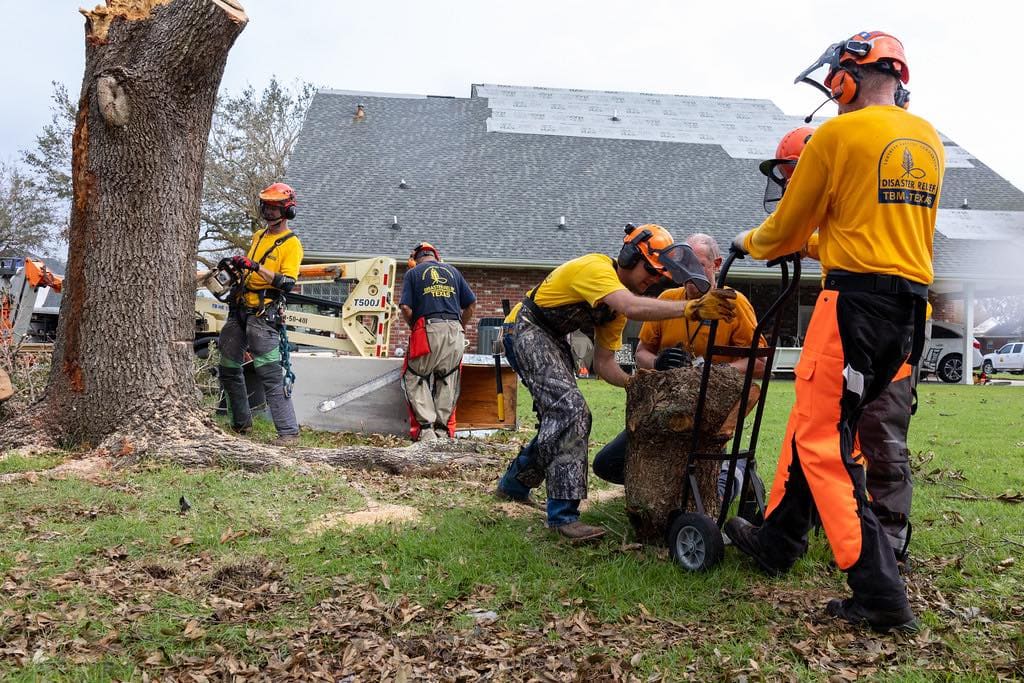 Two members of a Texas Baptist Men disaster relief chainsaw team were injured when a tree they were cutting fell prematurely. Both are expected to be OK.

The incident happened in the Colyell community of Livingston Parish. Presently, there are more than 1,000 volunteers from 14 states assisting with disaster relief in Louisiana.

“This is a solemn reminder that the work we are doing is dangerous,” Louisiana Baptist Missions and Ministry Team Director John Hebert said Saturday, Sept. 11. “We can’t see inside the tree or know how twisted it has become from the winds of the hurricane.

“The injuries to the volunteers are serious but praise God that though their injuries are serious, Mike (Aronson) is okay and Jeff (Smith) is recovering.”

Smith sustained the most serious injuries as he broke his leg in three places, suffered damage to his vertebrae and had a brain bleed. He was airlifted to an undisclosed hospital in Baton Rouge.

Louisiana Disaster Relief Strategist Stan Statham visited with Smith and his family Saturday, Sept. 11. “Yes, I was able to meet with Jeff and his wife. Jeff is in great spirits and expects to make a full recovery from his injuries.

Aronson sustained an injury that left his leg swollen but thankfully nothing was broken. He was taken to North Oaks Medical Center in Hammond. He is expected to be released soon.

Hurricane Ida’s winds did not spare much in its path including 91 churches that received serious damage. The number has been steadily growing since the list was first shared by the Missions and Ministry Team.

The initial list had 70 churches and ministry buildings damaged just days after the storm made its way through Southeast Louisiana but as many, who had evacuated, finally were able to return home and see the devastation, that number grew to 83 on September 8.

“It has been in flux. As more and more pastors finally are able to get back to their churches, they have seen the damage and reported it to us. Today I completed compiling the list and will be sending financial support to these churches sometime next week,” Hebert said. 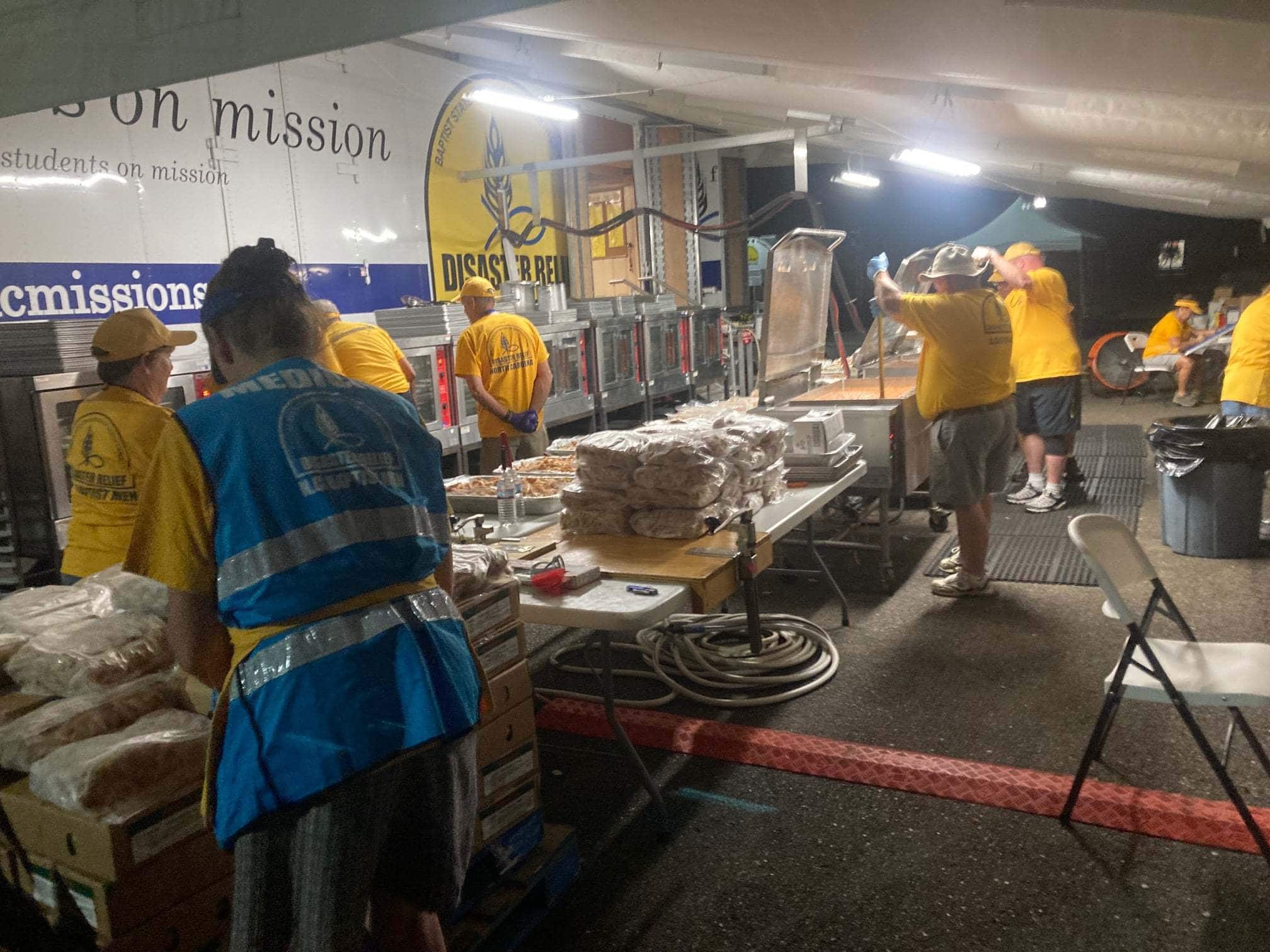 STEPPING UP TO THE PLATE

Feeding units strategically located from Bayou Vista, La. to New Orleans are turning out thousands of meals a day.

Nine days after the storm made landfall, those Southern Baptist feeding units have prepared more than 200,000 meals, while other SBC volunteers have repaired 55 roofs and removed 63 trees. The unit at the Lamar Dixon Convention Center in Gonzales is preparing 14,000 meals a day while the unit at First Baptist New Orleans is doing 12,500 meals a day.

A kitchen unit is setting up in Houma to prepare meals for survivors in Terrebonne and Lafourche Parishes, which were two of the hardest hit areas when Ida made landfall and will be operational Sunday, Sept. 12.

“We thank God daily for the willingness and the hard work these volunteers provide as we recover from this devastating storm,” said Hebert. “Please, please continue to pray for the safety of all of our volunteers.”

Any tool can be misused. A hammer can construct or kill. An electrical wire can give instant light or, if mishandled, bring sudden death. … END_OF_DOCUMENT_TOKEN_TO_BE_REPLACED