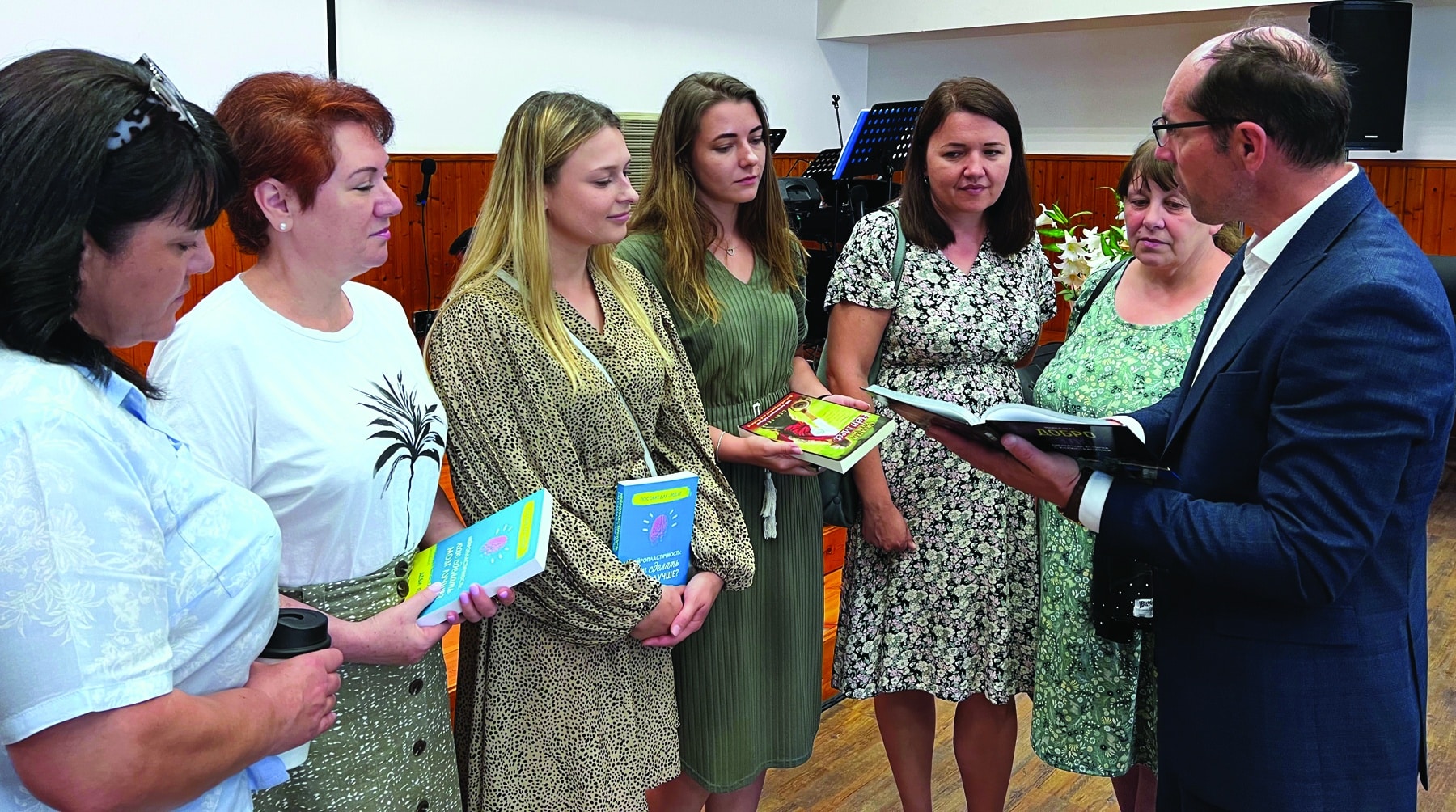 WARSAW, Poland (LBM) – More than 100 years after Jake Roudkovski’s great-grandfather accepted Christ in World War I, Roudkovski witnessed for himself how God could use war to bring others to a relationship with Jesus, this time with at least 75 Ukrainian refugees.

Roudkovski, a professor with New Orleans Baptist Theological Seminary as well as interim pastor with First Baptist Church, Zachary, accompanied four of his church members, as part of a 12-member team, to minister to Ukrainian refugees and Belarusian pastors, May 25-June 2. The trip, which included volunteers from Florida and Georgia, was organized by Byelorussian Mission in-country ministry.

Team members led Bible studies and worship services for Ukrainian refugees at a hotel leased by several churches in Warsaw, Poland, and they witnessed at least 75 profess Jesus as Lord. The team also led a training conference for 250 pastors in Korbin, Belarus.

“God is at work in spite of the brutality of war,” Roudkovski told the Baptist Message. “My great-grandfather was saved in the trenches during World War I in Russia when a British chaplain led him to faith in Christ. God told me back in March — when we could have canceled the trip — that there would be many saved during this war and lives will be changed. I didn’t want to abandon this trip; and what happened was God using bad circumstances to change so many lives.”

Roudkovski said one woman’s salvation, especially, was a highlight of the trip. The team met Kamila, a resident of Russian-occupied Izium, in a 12-story hotel-turned-shelter in Warsaw, which for up to six weeks provides Ukrainian refugees with food, water and clothing, and offers Bible studies and worship services.

“We invited her to worship, and she got saved,” he said. “She testified that she was thankful for the war. If it had not been for war, she said she would not have been saved and transformed. I explained to her that God is not the author of war, but God has the power to redeem even the worst of circumstances.”

Denise Burdette, a member of FBC Zachary, led a breakout session at the pastors’ conference on “how to become the person who moves when God moves.”

She was encouraged by the spirit of the 25 pastors who attended her session.

“I gave my testimony of what God has done for me and how I have learned through my Christian walk how to follow Him daily,” Burdette said. “We just loved the people of Belarus and I felt like I took a piece of them home with me.”

Burdette said she was thankful her team could offer the pastors encouragement and the refugees the hope of Christ.

“We wanted the refugees to know God has a plan for them and they have hope in Christ,” Burdette said. “It was amazing to see the Ukrainians raise their hands and come forward and want to be prayed over.”

Andrew Ryzhkov, founder of the Byelorussian Mission, commended the team for their willingness to participate amid possible danger. 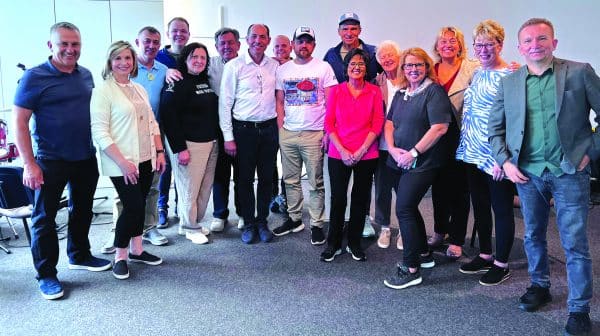 He said Louisiana Baptists, since 2014, have faithfully donated money to the ministry, provided thousands of Good and Evil Illustrated Bibles for distribution at events and sent teams to Belarus. The financial gifts have helped the ministry provide food, Bibles and transportation from Ukraine to other countries such as Poland, England and Israel.

Among the most pressing needs are money to continue ministry to Ukrainians and additional Bibles to distribute at refugee sites as well as the overseas conferences and summer camps coordinated by Byelorussian Mission. Ryzhkov said his supply of Bibles has been depleted because more than 12,000 of them have been handed out to refugees.

He added that, historically, four out of ten people who have received the special Bibles have turned to Christ, and such evangelistic success only costs just $10 per Bible.

“With Louisiana’s help, we can help get Bibles in the hands of Ukrainians and Belarussians,” Ryzhkov said. “What a great project this would be for churches to have a collection to buy Bibles so refugees could receive them.

“We are thankful for the courage of all the team members and the dedication of others from Louisiana,” he continued. “In the 20 years I have been involved with this ministry I have not seen people manifest courage as this team did. God performed a miracle of protection for them. That’s the spirit of Louisianans. They are people ready to persevere and go to the end until they fulfill their mission.

“God will use this war for good,” he said. “Pray for the salvation of people, for revival and for boots on the ground for this lengthy mission that I believe will bring so many to a relationship with Jesus.”