There seems to be an unpatriotic movement among many Christian churches today. They are removing the American flag because if may be offensive to someone.

We all realize America is not a perfect nation.  America has some ugly past, which we can’t change but which person doesn’t have something in their past they wish they could change.

Then others feel like I do and see some of today’s current trends leading us in an unwise path of moral decline.  Yet, as a nation built on Judeo-Christian values that promises freedom not only for our nation but helps others around the world who desire freedom, the flag represents a nation that pushes for freedom.

It is Americans who have bleed and died on battlefields around the world, to stop tyrants of evil ideology or terrorists determined to destroy everyone who resists their view of the world.  The red in that flag should remind us of the blood sacrifices made that ensure our freedom to worship as we desire.

The next reason the flag is disappearing from church properties is because some say our allegiance is only to God and not country.  Our founders fought for God and country to promote religion of conscience that is not coerced by the government.

Alexander Hamilton said, “I have carefully examined the evidences of the Christian religion, and if I was sitting as a juror upon its authenticity, I would unhesitatingly give my verdict in its favor. I can prove its truth as clearly as any proposition ever submitted to the mind of man.”

Benjamin Franklin said, “I therefore beg leave to move that henceforth prayers imploring the assistance of Heaven, and its blessing on our deliberations, be held in this Assembly every morning.”

My allegiance is first to God, but I am not ashamed to honor my nation and pray for it even if it is not exactly following the paths its founders envisioned from the beginning.  Many of those inalienable rights our founders saw are still visible, like freedom of belief and freedom of speech, yet we find some states, like California, trying to stifle the freedom of pastors to preach their convictions about the Bible (ACR 99). 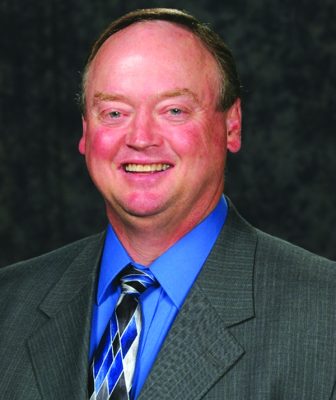 No America isn’t perfect but show me a better country?

I can’t think of another country I would rather live in or I would move to that country.  This is still that greatest and freest nation on earth.  Therefore, I love it and pray for it and seek to make it a better place.

I am not ashamed of that flag because it stands for freedom even if we abuse some of those freedoms.  If someone is ashamed to honor this flag they can move on to a better nation if they can find it.  People desire to come to America from all over the world.  Yet when others come here, they need to leave their flag home and honor this flag.  If you can’t honor it, then don’t live under it.

I am not ashamed to be an American.

Our church will proudly fly the flag of the United States of America!  One nation under God.  A nation that offers us life, liberty and the pursuit of happiness.  Seek that in Russia, Cuba, Venezuela, North Korea or China and see what you get.

I want to encourage the churches to pray for America.

Be grateful she gives us the freedom to worship as we desire.  Our military died for this flag and shame on the churches for not flying Old Glory which many of their members fought and died for.  Church members tell you pastors not to be ashamed of the flag of the United States of America. The home of the free and the brave!

Any tool can be misused. A hammer can construct or kill. An electrical wire can give instant light or, if mishandled, bring sudden death. … END_OF_DOCUMENT_TOKEN_TO_BE_REPLACED