Editorial & Theological Thought By Erica Wright, Staff Member 121 Community Church, Grapevine, Texas GRAPEVINE, Texas (BP) – I read a tweet the other day that said, “Sometimes the only prayer you can muster is, ‘Help!’” Amen to that. I’m rarely one to nap. Normally my brain doesn’t shut off long enough for me to sleep amidst a day; when the sun is shining, the pressure of productivity and task completion are all too real. I can’t live with time that feels wasted, so naps have just never been for me. But on this particular day, a nap quickly became a necessity. The exhaustion coupled with the cold weather persuaded me with little resistance. As I laid there, I began talking to Jesus. My confessions were real, my frustrations were real and my tears were real. I prayed for something I’ve prayed for every day for a year and seven months. It’s a bold prayer, a specific prayer and an impossible prayer. One that only Jesus can answer. As I prayed, I realized in great humiliation that I didn’t believe for a second that God would answer it. Could He hear me? Yes, absolutely. Was He able to act on my request? Without a doubt. But I didn’t believe He would. Honestly, I still don’t. I confessed my unbelief in that moment, but that didn’t … END_OF_DOCUMENT_TOKEN_TO_BE_REPLACED

Editorial & Theological Thought By Erich Bridges, IMB Global Correspondent RICHMOND, Va. (BP) – Will a new Cold War begin over the hot war in Ukraine? Will the European Union crumble, sparking another global recession? Will Iran go nuclear? Will the tottering Arab world collapse? Tyranny is cruel, but anarchy may be worse. Ask anyone living in one of the increasing number of failed or failing states around the world as 2015 stumbles toward ... what? “Our age is insistently, at times almost desperately, in pursuit of a concept of world order,” writes Henry Kissinger, chief architect of U.S. foreign policy for Presidents Richard Nixon and Gerald Ford, in his recent book “World Order.” During tumultuous times, Kissinger engineered Nixon’s historic 1972 opening to China. He also helped craft the détente that eased decades of nuclear-armed tensions with the Soviet Union. Today, however, order and agreement are becoming hard to find. “Chaos threatens side by side with ... the spread of weapons of mass destruction, the disintegration of states, the impact of environmental depredation, the persistence of genocidal practices, and the spread of new technologies threatening to drive conflict beyond human control or comprehension,” … END_OF_DOCUMENT_TOKEN_TO_BE_REPLACED

Editorial & Theological Thought To the Editor While reading the recent Baptist Message with its informative and inspiring articles, I was appalled to learn of the Henna project being discussed with such enthusiasm on college campuses UNO and ULM and endorsed by our Baptist Collegiate Ministry. The idea of tattooing as described- even lasting only a few months -rather than permanently, astonished and saddened me. The notion that this is an ideal way of engaging girls in faith based conversations and even “afternoon sessions that lasted for hours to tattoo and discuss very familiar Bible stories and ways Jesus encountered people” is incomprehensible to me. In today’s culture this tragic practice of inking entire arms and bodies, has gained epic momentum as we witness our student athletes and young men and women going about their daily activities. Reading, “on the campus rarely a day goes by that the associate director of BCM on the ULM campus, doesn’t put a henna tattoo on a student, and as a result, allows for conversations to be shared about life,” makes me want to say WHAT??!! This project originated with “international students” for this henna tattoo originated thousands of yrs ago with the … END_OF_DOCUMENT_TOKEN_TO_BE_REPLACED

Editorial & Theological Thought By Chuck Kelley, President of New Orleans Baptist Theological Seminary NEW ORLEANS (BP) – This may seem like a silly question, but do you know who Southern Baptists are? When asked that question, many people will think in terms of our theology and doctrine. We believe in the inspiration and inerrancy of Scripture. We are a people of the Book and, therefore, we read it, preach it and seek to follow its teaching as we live our lives. We are theologically conservative and hold to a distinctive Baptist theology. Another way to address the question is to look at our mission. Who are we in terms of what we do? We answered that question at the first meeting of the Southern Baptist Convention in 1845. After voting to create the SBC, messengers also voted to create a Foreign Mission Board and a Board for Domestic Missions. The glue that has always held us together is a common passion to call all the peoples of the world to a saving faith in Jesus Christ. The Great Commission is our DNA, literally. The glue that has always held us together and formed the basis of unprecedented levels of cooperation between completely autonomous churches is a common passion to call all the … END_OF_DOCUMENT_TOKEN_TO_BE_REPLACED 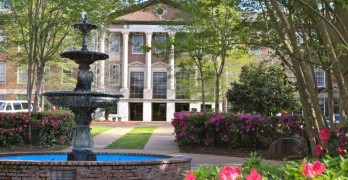 Editorial & Theological Thought By Bob Stith, Founder of Family and Gender Issues Ministries FORT WORTH, Texas (BP) – For centuries evangelicals have been relatively united in their belief that homosexual behavior is not God’s best for His children. Exodus International, founded in 1976, provided support to ministries advocating that view through personal counseling, support groups (many sponsored by churches) and in the broader culture. In 2012, however, some in the leadership of Exodus began sending mixed messages about the possibility of overcoming homosexual desires. A few of the leaders returned to homosexuality, stating that a gay identity was God-given. Others have argued that a “deeper understanding of grace” means that accepting a homosexual identity will not affect one’s relationship with God. Several very confused people have since contacted me with questions about efforts to defend homosexuality within a biblical context. One person asked if he had been unnecessarily resisting something that really isn’t forbidden. The common thread of such questions leads back to humanity’s original temptation by Satan: “Has God said?” And then his subtle follow-up statements: “God is just holding out on you. … END_OF_DOCUMENT_TOKEN_TO_BE_REPLACED 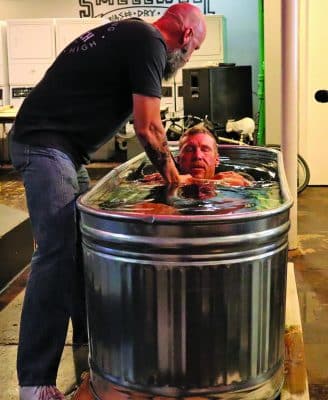 By Steve Horn, Louisiana Baptists executive director Jesus reminds us that we should always pray and never give up (Luke 18:1). Today’s ruling from the Supreme Court serves as a good reminder of that truth. For almost 50 years, American Christians from various denominational backgrounds have been praying and … END_OF_DOCUMENT_TOKEN_TO_BE_REPLACED