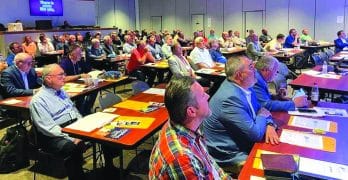 By Brian Blackwell, Message staff writer WOODWORTH, La. (LBM) - During its May 3 meeting, the Louisiana Baptist Convention Executive Board received updates on Cooperative Program giving and the ongoing work of the four convention entities. BUDGET REPORT Louisiana Baptist Executive Director Steve Horn told board members that gifts through the Cooperative Program from January to April totaled $514,944.68 more than budgeted for 2022, so far. He added that churches, from January to April, have given $344,009.75 more this year than the same timeframe as last year. ENTITY REPORTS Louisiana Christian University President Rick Brewer shared that the school has been blessed by God since he last spoke to the Board. During the 2021-22 academic year, LCU celebrated: accreditation reaffirmation with no findings of non-compliance from the Southern Association of Colleges and Schools Commission on Colleges (the regional accrediting body); a name change to reflect its status as a university; transition in sports classification from the NCAA to NAIA; updates to classrooms; a partnership expansion with New Orleans Baptist Theological Seminary; and the sale of its building in Shreveport that was to house a law school that never … END_OF_DOCUMENT_TOKEN_TO_BE_REPLACED 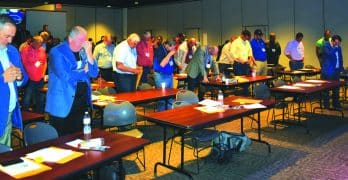 By Brian Blackwell, Message staff writer   WOODWORTH, La. (LBM) - After looking at options adopted by Baptists in Missouri and Georgia that allow churches to restrict funds to Southern Baptist entities, Louisiana Baptist Convention Executive Director Steve Horn pledged not to lead Bayou State congregations to follow suit.   “With 1,600 churches theoretically having multiple ways to split their cooperative pie, we would need to expand our accounting team, forcing us to shrink our missions and ministry teams,” Horn said during the LBC Executive Board meeting, May 3, at Tall Timbers Baptist Conference Center, Woodworth. “I don’t want to do that.   “I will not lead us to do that,” Horn said. “And I don’t think Louisiana Baptists, if faced with that reality, would want us to do that. I may very well be told that is what we are going to do, but until then I’m not going to lead us in that direction.”   But, he said, a growing number of Louisiana Baptist churches have asked for their gifts through the Cooperative Program to be used exclusively for Louisiana Baptist missions and ministries, thus withholding funds from Southern Baptist Convention causes; and such requests are being honored.   CONCERNS WITH SBC   The SBC … END_OF_DOCUMENT_TOKEN_TO_BE_REPLACED 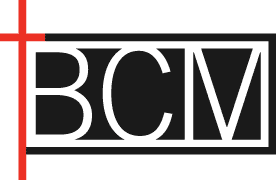 By Baptist Community Ministries NEW ORLEANS, La. United Way of Southeast Louisiana, in partnership with Baptist Community Ministries, has announced the 2022 Summer Impact Grant opportunity to expand and deepen summer services for New Orleans children and youth. “United Way’s Blueprint for Prosperity, our plan to tackle poverty, calls for proactive collaboration to create the critical impact necessary to address systemic problems and disparities that keep holding our city’s youth back,” said Michael Williamson, UWSELA president and CEO. “We’re grateful to partner with BCM again on this urgent effort to align and bolster summer programming at a time when it’s needed most.” UWSELA and BCM will allocate $500,000 to youth-serving organizations to increase education, health and workforce supports over the summer – often a time of vulnerability for low-income youth due to the lack of daily school and supports provided in a school setting. Interested existing summer programs must operate in Orleans Parish, align with the New Orleans Youth Master Plan and focus on serving young people of color, ages 11 to 24, living below the ALICE Threshold. More than 68 percent of youth in the city’s most vulnerable neighborhoods live in … END_OF_DOCUMENT_TOKEN_TO_BE_REPLACED 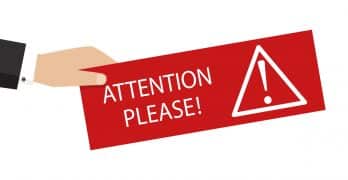 If you have an upcoming revival, homecoming, a new pastor, a community outreach or a concert, let the Baptist Message help you share this information? The Message is currently working on its May 26th edition which include events taking place in June and July. Don’t wait, send in your information – the event, the date, the time, the church, and the name of your pastor – and we will publicize this information for free. Send to Philip Timothy by calling 318.449.4345 or you can email him at philip@baptistmessage.com. … END_OF_DOCUMENT_TOKEN_TO_BE_REPLACED 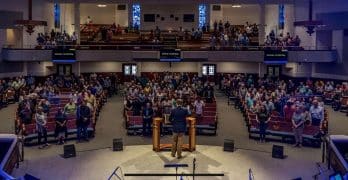 By Brian Blackwell, Baptist Message staff writer LECOMPTE, La. (LBM) – Stewart Holloway has fond memories of attending various events and later serving on staff with First Baptist Church, Lecompte. But not long after he returned to the area in 2008 to pastor First Baptist Church, Pineville, Holloway noticed his former church needed revitalization. Now, FBC Lecompte has merged with FBC Pineville, with the final vote held at both campuses, May 1. Holloway told the Baptist Message he was overjoyed at the bittersweet decision made by the Lecompte congregation and is hopeful for what lies ahead for the two bodies that now are one. “We are really excited about what God has in store for both campuses as we move forward,” Holloway said. “This is my home church and I have been concerned about them. When I first went to seminary, I compared everything to First Baptist Lecompte and I was so proud of what that church was doing. To see them decline was disappointing. “When they approached us earlier this year, I was very excited about that because I could see the potential they had,” he continued. “In fact, that church has way more potential than they and others may realize. Though it will take it a lot of work to get the … END_OF_DOCUMENT_TOKEN_TO_BE_REPLACED 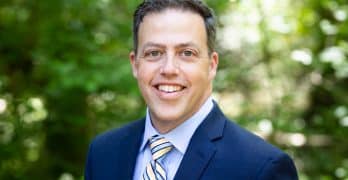 By Staff NEW ORLEANS, La. – Georgia pastor Inman J. Houston has been named the new CEO of Baptist Community Ministries. Houston, who assumes his responsibilities in June, is the first ordained minister to serve as CEO. The pastor of First Baptist Church Lawrenceville, Georgia, since 2008, Houston previously was on staff for five years at First Baptist Church in New Orleans, both as associate pastor of global impact and director of the Baptist Crossroads Project, a low-income housing initiative in the city’s Upper Ninth Ward. While at FBC New Orleans, Houston coordinated a response in the aftermath of Hurricane Katrina that utilized nearly 10,000 volunteers to assist more 800 homeowners. He also help to start the home rebuilding effort of what is now referred to as Musicians’ Village. “Over 100 years ago, Baptists in New Orleans began dreaming of a Baptist hospital, and their legacy of service to God and the community continued with the creation of Baptist Community Ministries,” Houston said. “I have long appreciated BCM’s strategic impact, and the opportunity to lead such an institution is both exciting and humbling. I am truly honored by the board’s confidence.” As pastor of FBC Lawrenceville, Houston led the … END_OF_DOCUMENT_TOKEN_TO_BE_REPLACED 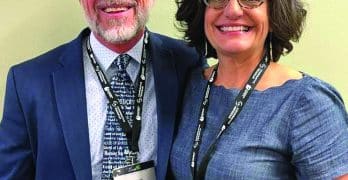 By Brian Blackwell, Baptist Message staff writer AVONDALE, La. (LBM) – Marc Daniels was a Jewish-turned-atheist searching for biblical truth when he found his answer with the First Baptist Church, Avondale, during a return trip from his honeymoon. His wife, Kristen, had grown up in the church and frequently prayed for him to accept Christ. After hearing a Sunday school lesson about the Roman centurion who acknowledged Jesus was Lord, Daniels realized he needed to do the same on Aug. 29, 1992. The day not only changed his spiritual eter- nity but paved the way for his return to the church eight years later -- as pastor. “Jesus was astonished at the centurion and scolded the crowd for their lack of faith,” Daniels told the Baptist Message. “That connected with me. knowledge about the Bible, but knew I needed to make a decision to walk away or surrender to Christ. I opened the door to Jesus, and everything changed.” In 2021, Daniels was named a Louisiana Baptist Convention Exemplary Bi-vocational Pastor of the Year for his dedication to his church and secular job (professor of biology at William Carey University, Hattiesburg, Mississippi). CHOSEN Three years after he made the decision to fol- low Christ, Daniels was completing … END_OF_DOCUMENT_TOKEN_TO_BE_REPLACED 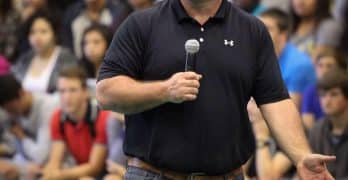 By Brian Blackwell, Baptist Message staff writer KENTWOOD, La. (LBM) – Evangelist Steve Paysen was on the Northshore for another assignment when he felt prompted to contact Spring Creek Baptist Church about a last-minute speaking engagement for March 23. Fewer than 24 hours later, the Holy Spirit used the Wednesday evening message to bring three teenage boys to make decisions for Christ. “Friends invited their friends to this service,” Paysen told the Baptist Message. “When young people see the fruit of their labor it really helps them catch the vision of evangelism and discipleship. And they become even more excited about sharing Jesus with others.” He encouraged churches to consider holding more evangelistic events on Wednesday nights because of the fruit that is yielded. “You always get a more diverse crowd,” Paysen said. “It’s a one-hour commitment, where you get in and get out. We saw that play out with the three teenagers who made a decision for Christ at Spring Creek Baptist.” Paysen, an evangelist with the P230 Foundation, said he has seen students more open to the Gospel during a mid-week gathering during his 17 years of experience both as a student minister in three churches (two that ranked among the … END_OF_DOCUMENT_TOKEN_TO_BE_REPLACED 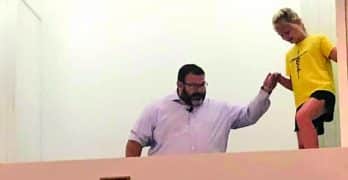 By Brian Blackwell, Baptist Message staff writer BASILE, La. (LBM) – Multiple disasters in the last few years could have caused members of First Baptist Church, Basile, to become disheartened but instead the congregation has remained steadfast, according to pastor. “It’s been an amazing resilience in this church to come together and be a blessing to the community,” Pastor Mike Fontenot told the Baptist Message. “We have seen others outside our church even join us as we rebuilt each time that we faced a tragedy. It’s been a beautiful thing to see people respond in faithfulness.” The church’s dedication, he said, has resulted in 12 professions of faith and 10 baptisms in the last six months. TRIED BY FIRE, PLUS When Fontenot arrived at FBC Basile in 2017, the congregation averaged 70 for Sunday worship. A year later, the church experienced a parsonage fire, the first of several disasters. The church experienced an electrical fire in the food pantry storage building (June 2020) and a tree that fell on the parsonage (August 2020). But through each disaster, the church remained faithful and has seen God provide with donations to cover the cost to rebuild. Fontenot and his wife, Jessica, who also serves as … END_OF_DOCUMENT_TOKEN_TO_BE_REPLACED 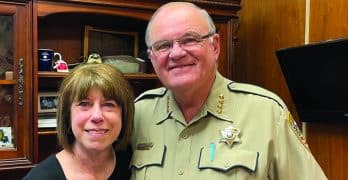 By John Marcase, Special to the Baptist Message WINNFIELD, La. -- Cranford Jordan awoke and had no idea where he was located. He did not even know the date, he recounted, explaining how five days on a ventilator impacted him. The Winn Parish sheriff is among the millions of Americans who have contracted COVID-19. He also feels he is one of the fortunate ones. “The experts tell us if you are over 65, overweight, have high blood pressure and are a diabetic, and you get the virus, you are not going to make it,” said Jordan. “Well, here I am. I have all four of them and I’m still here. I’m part of the 13 percent that gets off the vent.” Jordan gave two reasons why he is part of that select 13 percent -- the medical and nursing staff at Rapides Regional Medical Center, and his Lord and Savior. “I’m here today because one, my good Lord,” says Jordan. “Prayers went up for me. And two, God answered the prayers through the nurses and medical staff at Rapides Regional Medical Center.” The irony that Jordan would recover from COVID-19 at the Alexandria hospital was not lost on him. Several years ago, Jordan had to take his sister to the emergency room at Rapides and the experience was not a pleasant one. “I told my … END_OF_DOCUMENT_TOKEN_TO_BE_REPLACED

By Steve Horn, Louisiana Baptists executive director Jesus reminds us that we should always pray and never give up (Luke 18:1). Today’s ruling from the Supreme Court serves as a good reminder of that truth. For almost 50 years, American Christians from various denominational backgrounds have been praying and … END_OF_DOCUMENT_TOKEN_TO_BE_REPLACED